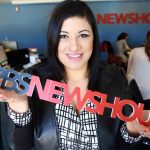 Twitter Chat: How political squabbles on social media stressed us out this year

Log into Facebook or Twitter today and it’s likely that you’ll find something political within the first few posts of your news feed. According to a new survey by the Pew Research Center, a significant number of people are feeling strained by the massive amount of political discourse on social media this election year.

The survey found that one-third of social media users are “worn out” by the increased amount of political content on their feeds. Even more — one-half of users — described interactions with people who possess different political views as “stressful and frustrating,” the NewsHour’s Courtney Norris reported.

With less than two weeks to go until Election Day, the political sharing may die down. But what can we learn from 2016’s divisive social media climate? And how much influence will social media have when voters go to the polls on Nov. 8th?

Joining us at 2 p.m. EDT on Friday for an online conversation about the implications of this study will be Pew Research Center’s Aaron Smith (@aaron_w_smith), Jon Keegan, visual correspondent at The Wall Street Journal (@jonkeegan), Craig Silverman, founding editor of Buzzfeed Canada (@CraigSilverman) and Dr. Karen North, USC Director of Digital Social Media (@karennorthusc). Follow along on Twitter via the hashtag #NewsHourChats.

WATCH: Federal officials testify on how the U.S. is dealing with coronavirus supply shortages

Landslide at Myanmar jade mine kills at least 162 people

‘I’m all for masks,’ Trump says in interview