Is Rudy Giuliani a master strategist, or a loose cannon whose seemingly undisciplined defense of Donald Trump may place the president in deeper legal jeopardy?

The statement by Giuliani, who joined the president’s legal team last month, contradicted Trump’s public denials that he paid Michael Cohen, his longtime personal lawyer, $130,000 to cover the money Cohen gave Stormy Daniels in the final weeks of the presidential campaign, or that he even knew about it.

Giuliani’s revelation reportedly sent the White House into panic mode, as top aides and Trump’s legal advisers tried to contain the fallout. But Trump largely agreed with Giuliani’s comments in a series of tweets Thursday, and Giuliani has insisted that he consulted with the president before his Fox interview with Sean Hannity.

Amid the uproar, people close to Giuliani said in interviews Thursday that the Fox appearance was a perfect example of the former New York mayor’s personality and crisis management style: a blend of brash rhetoric and political calculation that mirrors his most important client.

“I’ve known him 30 years, and nothing is done off the cuff. Everything has a motive,” said Tony Carbonetti, a former chief of staff to Giuliani. “You might not get it at the time it happens, but at some point you’re going to say, ‘Oh, I understand.’”

“Nothing is done off the cuff. Everything has a motive.” – Tony Carbonetti, former chief of staff to Giuliani.

Matt Mahoney, a former senior political adviser to Giuliani, said Giuliani’s aggressive approach to defending Trump should not come as a surprise.

“Trump knows exactly what he gets when he gets Rudy. He’s going to put stuff out there and be aggressive,” said Mahoney, who remains close with Giuliani but has not spoken to him about his work on Trump’s legal team.

Giuliani immediately threw himself into the fray last month after joining Trump’s legal team. He vowed to help engineer a speedy resolution to special counsel Robert Mueller’s investigation into the Trump campaign’s ties to Russia, and quickly established himself as a brash surrogate for the president, reprising the role he played on the 2016 Trump campaign.

The role has placed Giuliani, who ran for president in 2008 and was floated as a possible pick for Trump’s secretary of state, back in the national spotlight. But Bernard Kerik, who served as New York City police commissioner under Giuliani, and other former top aides and advisers said that’s not why Giuliani took the job.

“If he wanted the spotlight he could be in the spotlight,” said Kerik, who served three years in prison on felony fraud charges after withdrawing his nomination for secretary of the Department of Homeland Security under President George W. Bush. “He could make headlines if he wanted to. He doesn’t need this to do it,” Kerik added.

Mahoney said he believed Giuliani’s decision to join Trump’s team stemmed from a desire to help the president, who is facing several legal challenges related to his campaign’s ties to Russia and alleged affairs before he became president.

Giuliani and Trump have known each other for decades, and have remained friends through ups and downs in both of their careers. Giuliani was a close ally of Trump’s during the election, giving a memorably fiery speech at the Republican National Convention. 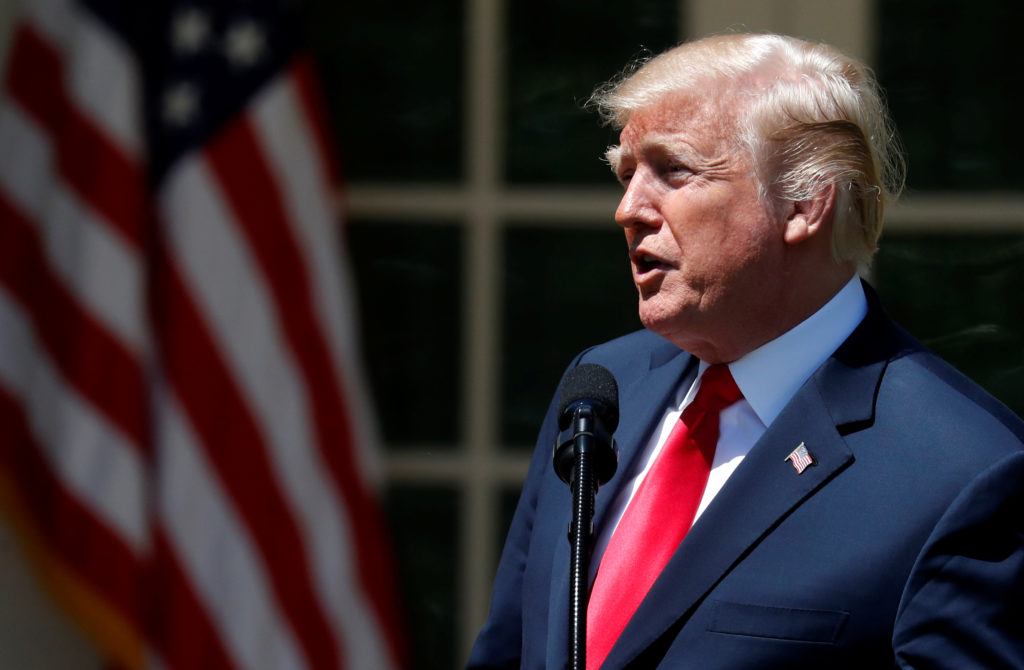 President Donald Trump participates in a ceremony at the White House in Washington, on May 3, 2018. Earlier in the day, he acknowledged repaying his personal lawyer in the Stormy Daniels controversy. Photo by REUTERS/Leah Millis

After Trump won the 2016 race, he chose Rex Tillerson for secretary of state, passing over Giuliani and several other candidates. But in taking a prominent place on Trump’s legal team, Giuliani is again playing an active role in Trump’s presidency.

“This is typical Rudy,” Mahoney said. “He’s someone who doesn’t like to be on the sidelines. He likes to be engaged and involved.”

Defending Trump is “not something I think [Giuliani] relishes in,” Carbonetti said. “It’s more that he sees it as an obligation. And something he sees he can play a constructive role in.”

But whether or not Giuliani will help or hurt Trump remains unclear.

Hank Sheinkopf, a Democratic strategist and veteran New York political observer, said that to many Americans, Giuliani’s performance on Fox left the impression that “he did not defend his client properly.”

“Is he a lawyer or is he a hired assassin? That’s the question,” Sheinkopf said. Giuliani “was a great prosecutor, but he’s in a different role now. This is more than just beating up Hillary Clinton at the convention. This is about defending the president of the United States.”

Giuliani’s supporters insisted he had a strategy behind his aggressive, seemingly unplanned defense of the president on Fox and in other interviews. They pointed to Giuliani’s longstanding relationships with officials at the Department of Justice, where he served as associate attorney general under Ronald Reagan.

“Is he a lawyer or is he a hired assassin? That’s the question.” Giuliani “was a great prosecutor, but he’s in a different role now.” — Democratic strategist Hank Sheinkopf.

Giuliani went on to serve as a U.S. Attorney in New York, where he established a reputation as a tough and ruthless prosecutor. People in Giuliani’s camp said they saw those skills on display in recent weeks, as Giuliani has reportedly worked to negotiate a possible interview between Trump and Mueller’s team.

An extensive list of questions Mueller is reportedly interested in asking Trump, shared with Trump’s lawyers by the special counsel’s investigators, became public this week. The leak prompted news reports that the special counsel was laying the groundwork for a lengthy interview and might consider subpoenaing Trump if the president refuses to agree to be interviewed.

But Giuliani has held firm, insisting that an interview would have to be on Trump’s terms, not Mueller’s. And even as he acknowledged Trump’s payment to Cohen in the Fox News interview, Giuliani sought to downplay the controversy.

“Those lawyers on Mueller’s team respect Giuliani. They’re watching [the Fox appearance on Wednesday] and other interviews and they’re getting a message from him. And it’s very direct,” Mahoney said.

Others wondered if the strategy, as it is, would work.

“Maybe there’s a method to the madness. I’m not sure it’s a smart strategy, but I don’t think Rudy necessarily made it all up as he went along because he’s a loose cannon,” said Mike Murphy, a Republican political consultant and vocal Trump critic on the right.