Two University of Montana School of Journalism students are reporting on the closely watched Senate race between Sen. Jon Tester, the Democratic incumbent, and Republican Congressman Denny Rehberg. Libertarian Dan Cox is mixing up the contest and threatening to pull much needed votes for both candidates as the race is too close to call. As participants in our “Vote 2012: College Tour,” both Caitlyn Walsh and Taylor Anderson have been covering this race since the summer. PBS’s Frontline is also reporting on this Senate race with “Big Sky, Big Money” airing tonight on your local PBS stations. 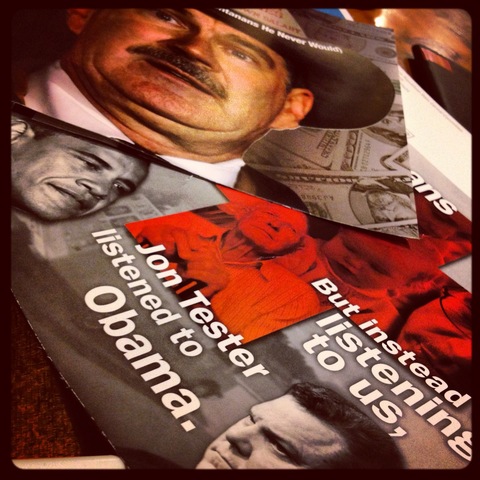 Montana’s political clout rarely measures up to its geographic size. It is 44th in population and holds no sway in electing the next president. But watching a few minutes of prime time television and it is easy to believe that the state is the home to the most intense advertising air war for a U.S. Senate seat this year.

In fact, according to a study by Wesleyan University, Montanans have been subjected to more than 64,000 Senate campaign ads, far more than the next state. It is all because the Treasure State could likely hold the key to Republican efforts to take control of the Senate.

Despite millions spent on ads, polls continue to show incumbent Democrat Jon Tester and Republican Denny Rehberg within three points of each other. It will be impossible to predict.

How can the control of the Senate be decided by a state which, according to 2011 census data, had yet to reach one million people?

According to David Parker, a political science instructor at Montana State University, it has been a process of elimination.

“There are very, very few seats left that are really good opportunities for Republicans to pick up the majority,” he said. “And one of them is here in Montana. This seat really could be the deciding factor in whether the Democrats maintain the majority or the Republicans get it.”

The map of competitive senate races has shifted a fair amount this fall. Republican efforts to knock off a Democratic senator in Missouri ran into trouble when the GOP candidate said few women become pregnant from “legitimate rape” and Republicans find themselves fighting to defend their own seats in Massachusetts and Indiana.

Still, Republican leaders and affiliated interest groups see an opportunity here, according to political scientist Jeff Greene at the University of Montana.

“There is an opportunity for the Republicans to take control of the Senate,” he said. “More Democrats are defending their seats this time than are Republicans. The control could switch.”

With the importance of the race clear to those focused on control of the Senate, the race has also become a front line in the battle over how campaigns are financed. The race has been fundamentally shaped by the 2010 Supreme Court decision in the Citizens United case. The decision allowed outside spending on political campaigns by corporations, labor unions and other organizations. The result has been the growth of donations to official Political Action Committees and their larger cousin the Super PACs as well as so-called “dark money” groups where the donations to the organization do not need to be disclosed.

The result is millions of dollars have flowed into the state from candidates and their political parties, as well as Super PACs like Karl Rove’s Crossroads GPS, and donors taking advantage of Citizens United.

The story of the massive spending in the sparsely populated state is examined in a new report from Frontline called “Big Sky, Big Money” airing this week on PBS.

Parker also points out that Montana has extremely cheap airtime.

And Montana has seen the influence of cheap advertising.

At this point, Greene points out, almost everybody knows who they’re going to vote for.
“Tester and Rehberg are fighting in almost an empty cookie jar for a few crumbs that are left,” he said.

And all Montanans are bearing the brunt of that fight. 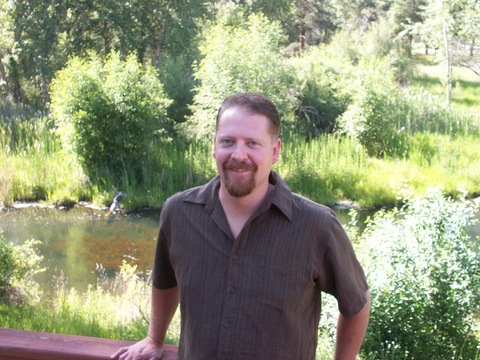 If the race for Montana’s U.S. Senate seat goes down to the wire, a fishing tackle manufacturer from Hamilton could play a pivotal role in deciding the winner.

During the campaign Cox has polled as high as 8 percent and as low as 1 percent, (some polls don’t even include his name), so it’s hard to peg his support. But any votes he receives on Nov. 6 could sway a too-close-to-call race – and help determine which party controls the U.S. Senate come January.

Whatever happens is fine with him, says Cox, who accuses both major party candidates of undermining the U.S. Constitution.

“The good news is no matter what happens in this election, either one or two of the unconstitutional candidates will be out of the Congress,” Cox says.

Rehberg, Tester and their supporters are projected to spend more than $20 million in a record-breaking Montana campaign. By contrast, the 36-year-old Cox has raised less than $5,000.

His signs appear almost nowhere in the state aside from at least one in the Bitterroot Valley featuring spray-painted letters on a white plywood board leftover from his 2010 run for state legislature.

Cox’s message seems simple: When it comes to the federal government, less is more.

“Who out there is thinking to themselves, ‘If the government could just regulate me just a little bit more, I’d be happy’?” he asks. “I don’t think hardly anybody’s thinking like that.”

Cox is the only candidate who wants the U.S. to return to gold standard, and he supports a full audit of the Federal Reserve. He says more Americans could afford health care if there were fewer federal regulations and lower taxes.

He mistrusts both major parties. Democrats helped spend the nation into trillions of dollars of debt, he says, and Republicans aren’t the fiscal hawks they say they are.
Republicans may talk repealing and replacing the Affordable Care Act, but Cox mistrusts a GOP solution too.

“They’re going to swoop in and replace it with what, RomneyCare?” Cox said. “Well, if you’re against the government being involved in health care, why would you trust Republicans?”

For their part, Republicans have been skeptical of Cox and clearly worry that he could shave votes from Rehberg. A Rehberg mailer last featured photos of Rehberg and Libertarian-leaning Congressman Ron Paul over a message calling for an audit of the Federal Reserve.

Cox says earlier in the race he met with Rehberg campaign officials, who asked whether he was getting support from Tester.

“I did have one meeting with Rehberg’s campaign manager where he accused me of, I guess, getting my donations from the Jon Tester campaign, which was completely false,” Cox says.

Meanwhile, Tester’s campaign is working to play Cox’s presence in the race to their advantage. A week before the election, a Tester-friendly group representing hunters and anglers ran a TV spot urging conservatives to vote for Cox instead of Rehberg.

What are the odds?

Experts suspect most Montana voters have made their choice. The number of undecided voters and diehard Libertarians appears to be so small that University of Montana political scientist Jeff Greene calls them the “cookie crumb voters.”

“If (Cox) gets 3 or 4 percent, he will be doing extraordinarily well,” Greene says. “It could decide the election actually if that happens. If he were to get 3 or 4 percent, it would be most likely in my view to come off of Rehberg’s part.”

Because Libertarians tend to identify more closely with Republicans, votes for Cox would come from potential Rehberg voters, Greene says.

“And I would predict, if the Libertarians vote true to their heart, Tester would win the race,” Greene said. “But I don’t think they will.”

He says some conservatives who agree with Cox are likely to make a practical choice for Rehberg to help Republicans gain control of the U.S. Senate.