Around the Nation: 150 Years After the American Civil War

Tuesday marks the 150th anniversary of the opening shots of the American Civil War. The military battle between the North and South began when Confederate soldiers fired at the Union-held Fort Sumter, off the shore of Charleston, S.C.

See how public media outlets across the nation are covering the Civil War 150 years later:

Civil War reenactors commemorated the 150th anniversary of the inaugural shots outside Charleston, S.C. Special thanks to SCETV for filming the event.

Many Georgians expected the separation from the Union to be a fairly quick and painless event. Rickey Bevington of Georgia Public Broadcasting spoke to Todd Groce of the Georgia Historical Society about Georgian’s reaction to the attack on Fort Sumter and their expectation of a short and easy war.

NPR’s Melissa Block traveled to Charleston, S.C. to report on the lingering divisions.

KQED in San Francisco reminds readers that although there were no battles in California, tensions over North-South allegiances were still pronounced.

The Civil War truly was a fight among countrymen, including in San Francisco. Hard feelings between Democratic Sen. David Broderick and state Chief Justice David Terry ended in a pistol duel in September 1859. Terry supported slavery; Broderick did not. Terry fatally wounded Broderick, who died a few days after being shot.

Listen to KQED’s interview with History Professor Carl Guarneri of St. Mary’s College about California’s role in the war.

View a photo essay highlighting the periods between the famous battles. 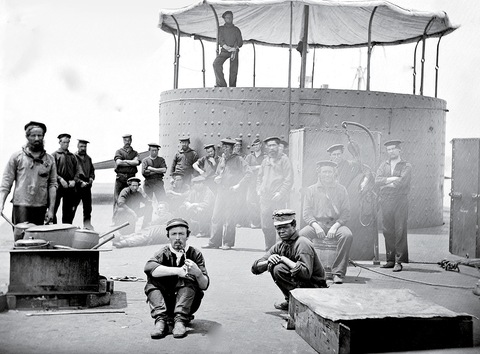 Arkansas Education Television Network will be airing a special hour-long documentary April 21 and 30 called “CW 150: Remembering the Civil War in Arkansas”. It will examine Arkansas’ role in the war and its cultural, economic, and political resonance.

Listen to an interview with historian Annette Atkins about Minnesota’s role in the Civil War from Minnesota Public Radio:

And learn about the story behind the Emancipation Proclamation, President Lincoln’s order that freed slaves in 1863, from David Rubenstein, managing editor of the Carlyle Group:

Nashville Public Television is rolling out a five-part documentary series on Tennessee’s involvement in the war. You can watch the first episode on Tennessee’s secession from the Union and see some additional interviews.

The Kojo Nnamdi Show talked to musicologists who contributed to the Smithsonian Folkways collections of Civil War tunes. While “Dixie” and “Battle Hymn of the Republic” might be the most well-known Civil War songs, both tunes actually predate the war.

Listen to a report from West Virginia Public Broadcasting on how the Civil Wart Trust, an organization that preserves battlefields, is creating a curriculum for high school American history classes.

The Story revisits an interview with two Civil War widows conducted in 1998 when Daisy Anderson and Alberta Martin were still alive.

Georgia Public Broadcasting reports on a Confederate prison camp discovered last August. The piece was originally broadcast on the NewsHour on August 20, 2010:

View some of the key documents from the Civil War:

The Surrender of Fort Sumter