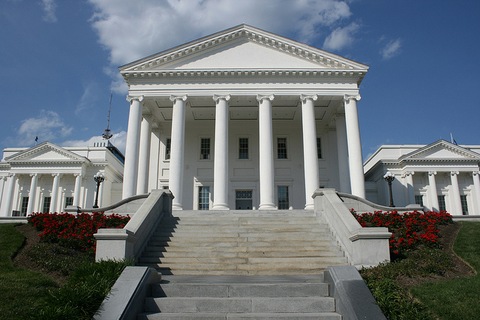 Almost three weeks into a General Assembly special session on the budget, negotiators from Virginia’s House and Senate reached an agreement Thursday on a two-year, $85 billion budget plan. Opposition from Senate Democrats, who hold exactly half of the chamber’s 40 seats, prevented lawmakers from passing a budget bill during the regular session, which ended March 10.

Among other things, the new plan contains:

But some Senate Democrats are unhappy with the compromise, which does not include funds for mitigating tolls on major state transportation projects under development.

As Jim Nolan reports in the Richmond Times-Dispatch, Senate Democratic leader Richard Saslaw told negotiators that without $700 million in additional bonds for his party’s tolls plan, the budget would not pass:

“You ain’t got the 21 votes in the Senate for a budget – period,” said an angered Sen. Richard L. Saslaw, D-Fairfax, the Senate Democratic leader during a meeting of House and Senate budget conferees attended by McDonnell’s secretary of transportation, Sean Connaughton. “Not now. Not next week. Not next month. Not June. That’s the way it is.”

“I suggest you go back and find the…money,” he said, after hearing that the administration did not support the funding proposal. “Or tell the governor he ain’t going to have a budget.”

But the single Democratic vote needed to pass the budget may come from Sen. Charles Colgan of Prince William County, who said Friday that he plans to sign off on the agreement reached by lawmakers. Anita Kumar of the Washington Post writes that though Colgan is “slightly less sure” whether he will ultimately vote for the compromise, he is “pleased” with it. His agreement on the deal also clears the way for a vote on the budget as early as next week.

And state lawmakers are under the gun to pass a spending plan. If they fail to pass a budget before July 1 — when the next fiscal year begins — a partial government shutdown might result, and the state’s credit rating could be damaged. City governments, who must pass their budgets before June 30, could also suffer, along with local school boards. And the more time that passes without a budget in place, the more lawmakers risk irking voters who are fed up with the ongoing fight.