There are few real make-or-break moments in presidential elections. Tonight’s opening-round debate between Hillary Clinton and Donald Trump could very well become one. But then again, maybe not. Polls show that roughly 90 percent of voters have already made up their minds, and it’s unclear how many viewers tonight will be true undecided voters.

We know this: tens of millions of Americans will tune in for the debate, which has turned into one of the most anticipated television events in recent history. As Trump and Clinton prepare to go head-to-head for the first time, here are the key themes and issues we’ll be watching for tonight. 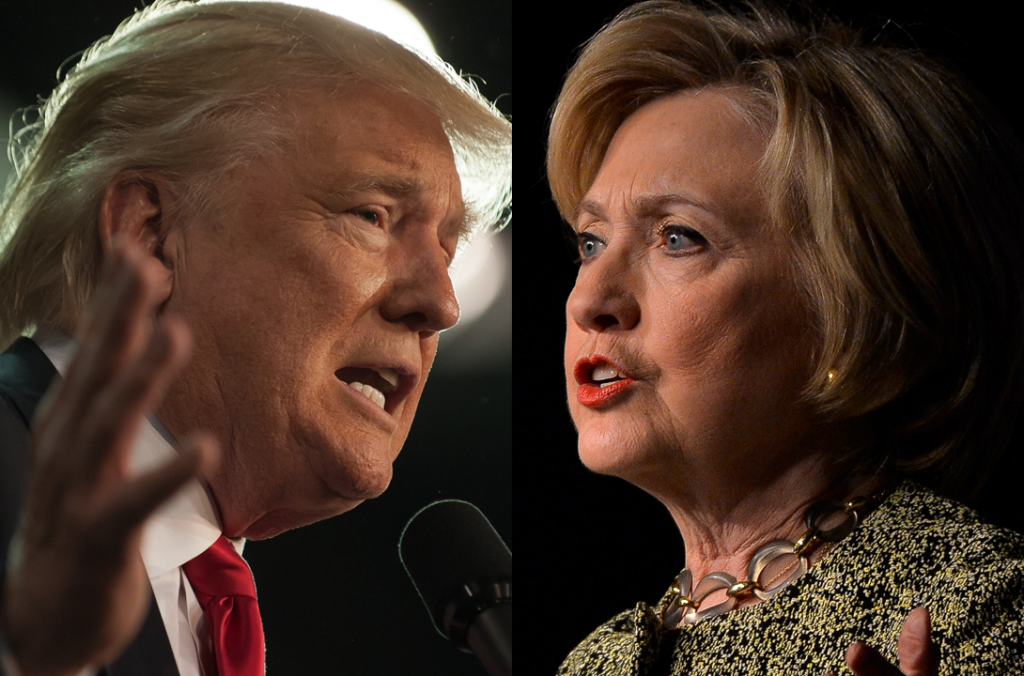 Who does the fact checking?

Regarding facts, a strange thing has happened on the way to the White House this year. Beyond the facts themselves, there’s been debate over who determines the facts. In the past week, the Trump campaign has repeatedly called for tonight’s moderator Lester Holt to steer away from fact checking the candidates. “I really don’t appreciate campaigns thinking it is the job of the media to go and be these virtual fact-checkers and that these debate moderators should somehow do their bidding,” Trump campaign manager Kellyanne Conway told ABC’s “This Week” on Sunday.

The Clinton camp strongly disagrees. They believe the moderator has an important role in sorting out truth from fiction. “All that we’re asking is that if Donald Trump lies, that it is pointed out,” Clinton campaign manager Robby Mook said, also on ABC. It is no coincidence that Trump has earned far more “pants on fire” and “false” conclusions from Politifact than has Clinton.

Clinton is steeped in public policy. The former first lady, senator and secretary of state has spent decades working on health care, education and other issues, and enters the debate with a clear advantage in this area over Trump. But displaying her policy chops without coming off as too wonkish will be a tricky balancing act.

If Clinton wades too far into the weeds on specific issues, as she often does in stump speeches, she risks losing some viewers who may decide she’s too bureaucratic. On the other hand, if she downplays her command over policy, Clinton risks neutralizing her advantage, and getting mired in the type of one-liner slugfest that Trump excels at.

The conundrum Clinton faces isn’t new. Since she entered the national spotlight, Clinton has always received conflicting advice on this score. But the debate is the biggest night of her political career, and her policy approach will be critical to her success in these debates. Pay close attention to the amount of detail she gives in her first few answers. They could indicate her game plan for the night.

Trump, in contrast to Clinton, has never been accused of being a policy wonk. The real estate developer and former reality television star has built his campaign around general issues, and rarely delves too deeply into policy specifics. Ever since he launched his presidential campaign last year, Trump has insisted that policy matters less than messaging. He once said that “my voters don’t care, and the public doesn’t care” about policy details.

This approach has been scorned by critics, including Clinton and President Obama. In his speech at the Democratic National Convention, Obama ripped into Trump for not being a “facts guy.” Nevertheless, Trump’s strategy has gotten him this far. In preparing for tonight’s debate, Trump chose not to go the traditional mock-debate route. But he has reportedly been brushing up on policy on an iPad in recent weeks.

Trump was able to “win” the GOP primary debates despite an obvious lack of policy knowledge. It worked then in part because he was on stage with so many other candidates, and the details were lost in the name-calling foodfight. Tonight, however, Trump will have nowhere to hide if he’s faced with a difficult question. His success in handling them could go a long way in convincing — or dissuading — voters that he’s ready for the presidency.

Who crosses the gender divide better?

She is winning with women. He is out front with men. Hillary Clinton and Donald Trump both need to cross the gender divide (though the numbers show Trump needs to do so more than Clinton.) Tonight, watch for the Republican nominee to hit on themes his campaign has indicated they see as appealing to women: economic stability and safety, including national security.

Listen for a word his female campaign manager has added to Trump Tower vernacular: compassion. In addition, note how and if he continues his talk about African-American communities. The Pew Research Center has found that the issue of how minorities are treated has a large gender gap – with 69 percent of women calling it very important compared with 56 percent of men.

Multiple debate prep stories have reported that Hillary Clinton’s advisors believe she should refrain from interrupting Donald Trump, even if he says things she believes are patently false. The plan is for her to rebuff him after he finishes speaking. Of course that is a risk, as Donald Trump is known for easily filling 50 minutes, with no notes, in front of his supporters.

At the same time, Trump’s team is describing him as a champion debater, using pugilistic terminology.

Watch to see who knocks the other off course with this simple maneuver. If Trump interrupts Clinton, will she shift from her plan — intentionally or not — and start returning the volleys as he speaks? Florida Senator Marco Rubio, Jeb Bush and several other Republican presidential candidates attempted this in the GOP primary debates, and it didn’t work. Alternately, if Clinton holds to her let-him-tire-himself-out game plan, will Trump either stop interrupting or will his interruptions seem too combative?

Stage presence in debates can matter. While Clinton has many more years of presidential debate experience — she debated Rick Lazio during her first senate campaign and participated in nearly 40 primary debates between 2008 and 2012 — Trump has appeared in nearly a dozen in the last year. That makes this category a potential jump ball.

Watch for facial expressions and reactions when the other candidate is speaking. Notice how the candidates use their hands: How animated is Trump? Do either or both of them take notes?

And above all, which Clinton and Trump show up at this debate? These two candidates have clearly shown both their tough and soft sides in the last month. They can be combative or they can be thoughtful. Which side will they start out with? And which will they be by the end of the night?

In 2012, then-Texas Governor Rick Perry sank his presidential chances by failing to remember one of the federal agencies he planned to eliminate as president. The memory-lapse was bad enough, but what made it worse was Perry saying “Oops,” on stage, as he stood there trying to recall the agency.

Perry’s stumble was a reminder of the cruel nature of debates. Strong answers can be quickly forgotten, while gaffes live on forever. All candidates go into debates hoping, perhaps above all else, to avoid making that one major mistake that could sink their campaigns. That thinking applies to tonight. Watch for a crucial misstep — if one takes place, it could quickly become the defining moment of the debate. Though Clinton is a practiced debater, and Trump is a veteran on-camera personality, either could slip up. It happens. Just ask Rick Perry.

While you’re gearing up to watch the debate, thumb through PBS NewsHour’s coverage of the issues, the candidates and the state of the race.