Watch and interact with every presidential debate since 1960 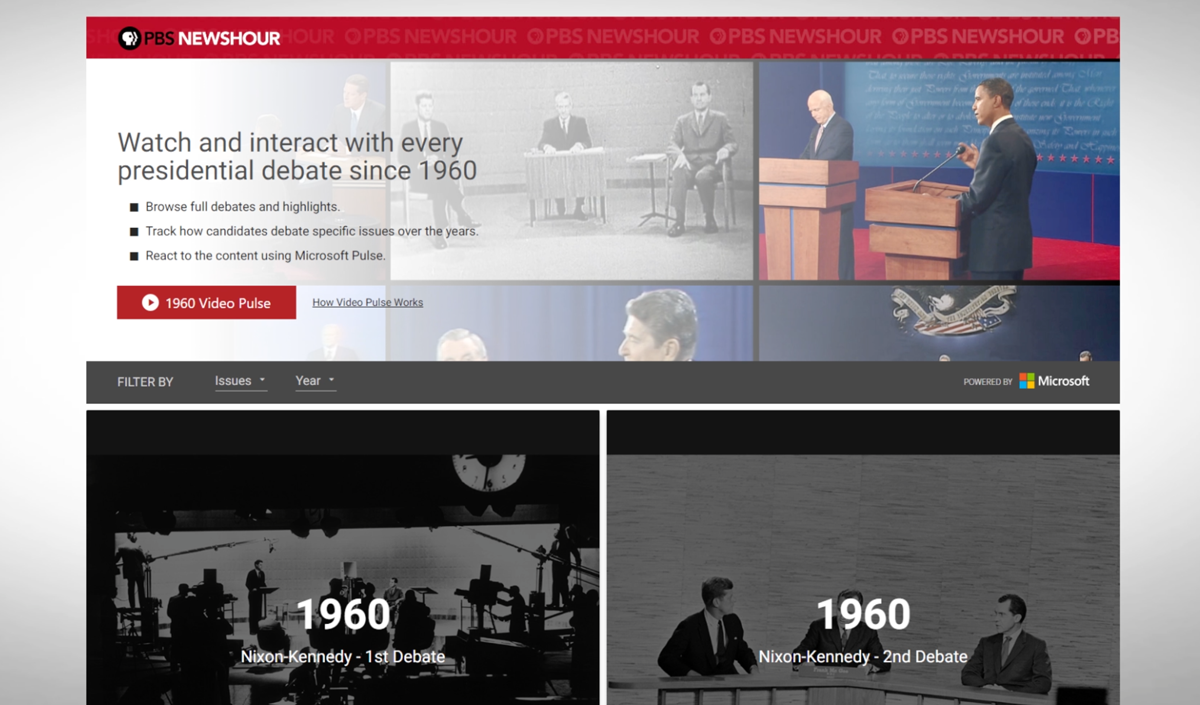 To mark the start of the 2016 general election debates, PBS NewsHour and Microsoft have partnered to launch WatchTheDebates.org, an interactive civic education and voter engagement site that provides access to every general election debate since 1960. WatchTheDebates allows visitors the ability to screen entire debates and highlights, track specific issues over the years, and interact with the content using online voting tools from Microsoft Pulse. This platform enhances an existing civic education partnership between PBS and the Commission on Presidential Debates.

“Fifty-six years ago, John F. Kennedy and Richard Nixon participated in the first televised general election debate. The black and white footage of these historic conversations provides the first chapter in the wonderful tutorial that the PBS NewsHour and Microsoft have crafted,” said Janet Brown, Executive Director of the Commission for Presidential Debates. “WatchTheDebates.org invites those new to presidential debates and those who have watched them for many cycles to learn about candidates and issues, connect presidential elections over time, and participate in an online conversation via Microsoft Pulse.”