North Carolina is one of three “firewall” states that Democrats are banking on to help them hold the Senate — so tonight’s debate between incumbent Democratic Senator Kay Hagan and N.C. House Speaker Thom Tillis (R) is bound to get heated.

Republicans must win six states to gain the Senate majority, and the Tar Heel State has long been in their crosshairs. Going into tonight’s event, polls show Kagan carrying a narrow lead, but with both parties funneling millions into the state — more than $53 million dollars, making it the most expensive in the country, according to the Center for Responsive Politics — it’s clearly still anyone’s game.

If the candidates’ first debate is any indication, domestic records may be on the table tonight. Last month, Hagan criticized Tillis’ tenure in the state legislature, pointing to cuts in unemployment and education spending, while Tillis went after Hagan’s support for the Affordable Care Act. Immigration and women’s issues have also been a focus of this race.

But national security and foreign policy are expected to play a more central role as well. In the wake of increased U.S. airstrikes against Islamic State militants, Tillis has gone after Hagan’s attendance record on the Senate Armed Services Committee, saying she failed to adequately respond to the growing threat out of Syria. 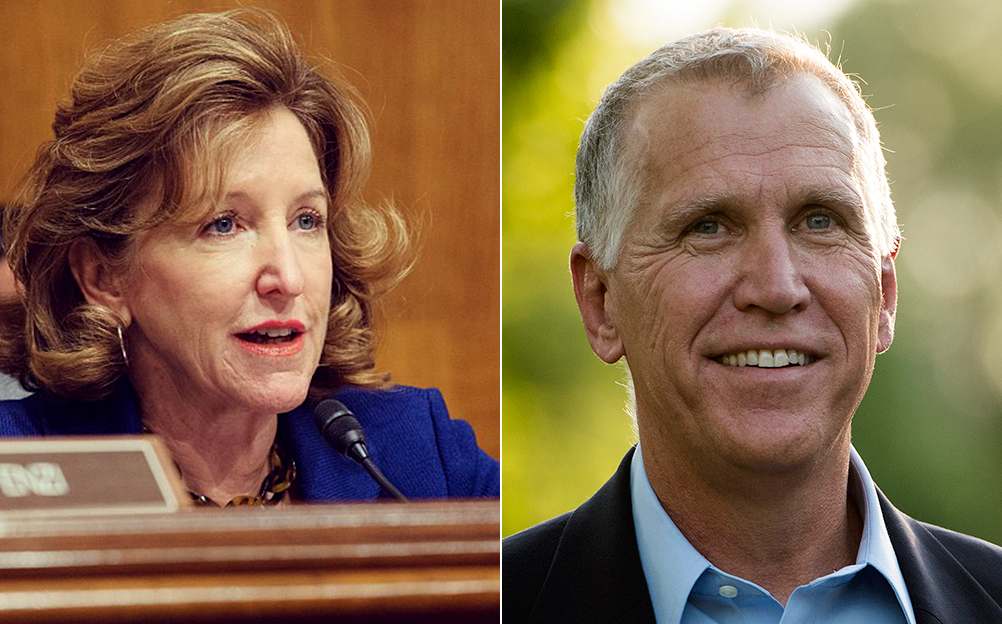 This is part of a greater GOP strategy to link Democratic incumbents to an unpopular President. Hagan’s challenge tonight will be to sufficiently distance herself from the Obama administration. She has responded to Tillis’s attacks by criticizing Obama’s policy in Iraq and Syria, and, last month, spoke out against his handling of veterans issues. But she must also continue to appeal to her base, which handed both her and the President a victory in 2008.

Whether or not Hagan pulls off this tightrope walk, the race is bound to be a squeaker. Keep an eye on North Carolina on Election Night, too: polls close early, and the results could forecast the entire night’s outcome.

Libertarian candidate Sean Haugh will not participate in tonight’s debate, which broadcasts out of the University of North Carolina Television studios in Research Triangle Park, N.C. He will be present at a second debate in Wilmington, N.C., on Thursday.