The two candidates will meet at the WCVE PBS TV studios in Richmond Monday, Oct. 13 at 7 p.m. EDT. The so-called “People’s Debate” is co-produced by WCVE PBS and WTVR CBS 6, and co-sponsored by The League of Women Voters of Virginia and AARP Virginia. Bill Fitzgerald, anchor for WTVR CBS-6, moderates.

Warner and Gillespie met for the first time in July in an event moderated by PBS NewsHour co-anchor Judy Woodruff. There, the candidates sparred over women’s health and the minimum wage, but polls afterward remained largely unchanged, with Warner continuing to hold a comfortable lead over his Republican challenger.

That polling gap has, in some ways, been around from the beginning of the campaign: Warner, the incumbent and a former Governor, enjoys wide name recognition across Old Dominion, while Gillespie, a former lobbyist, has had to work to overcome past ties to Enron. 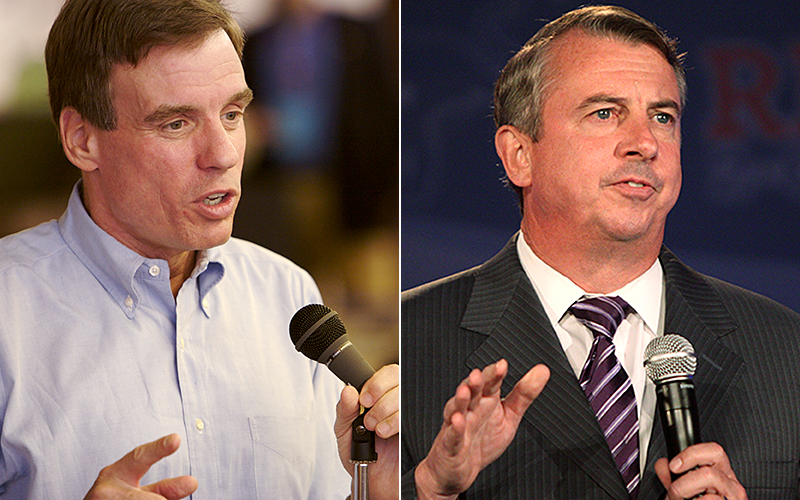 Still, Virginia is historically a swing state, and Warner has been playing up his bipartisan bona fides, hoping to avoid being painted with the same brush as the Obama administration on issues like health care.

Recently, he has faced allegations of attempted cronyism during a heated battle to retain party control of the state senate.

That incident, which is currently under investigation, is bound to come up during tonight’s debate.

Energy policy, and specifically the Keystone XL pipeline, immigration, and healthcare are also likely to be part of tonight’s exchange. Gillespie panned the Affordable Care Act on the NewsHour last year.