What to watch for in the VP debate:

It’s called the undercard debate for a reason. The buzz around Mike Pence and Tim Kaine’s vice-presidential debate on Tuesday pales in comparison to the anticipation surrounding the first presidential debate last week, which drew a record 84 million viewers. But that doesn’t mean the Pence-Kaine showdown, at Longwood University in Farmville, Virginia, isn’t important.

The stakes are high for both candidates. Democrats are hoping Kaine, the junior senator from Virginia, can follow Hillary Clinton’s successful first debate with a strong showing of his own. Meanwhile, Mike Pence, Indiana’s governor, is under pressure to deliver a steady, policy-heavy debate to make up for Donald Trump’s erratic performance last week at Hofstra University. Here is what we’ll be watching for from both candidates in tomorrow’s debate:

Who can out-Midwest the other?

There’s an old-fashioned debate metric — one that may have little context for those under 25 years old and unaccustomed to how politicians disagreed in debates before the advent of reality television. Watch for which candidate does the better job of bringing the nice. Who can be more relaxed and civil in confronting sharp issues?

This goes to who these two candidates are at their core: polite Midwesterners. One was raised in Kansas City, Missouri (Kaine), the other (Pence) in Columbus, Indiana. They were formed by a region where civility is basic currency. Add to that, both men grew up in the Roman Catholic Church, where a sense of respect and honor for others – especially those in authority – is ingrained. Think of this as the opposite of the last presidential debate, where we suggested viewers watch for who interrupts the most. Watch instead for who wins the good manners contest.

In a similar vein, remember that Kaine and Pence are running alongside historically unpopular presidential nominees. Clinton and Trump have unusually high negatives with voters, and polls show that isn’t going to change in the next five weeks. Pence and Kaine, in comparison, have less personal baggage than Clinton and Trump, both of whom have spent decades in the national spotlight. That gives the vice presidential nominees an ability to connect with voters in a way that Clinton and Trump have struggled to do on the campaign trail and in their first debate.


READ THIS: What to expect in a Pence-Kaine showdown

But this comes with its own set of challenges. Kaine will have to strike the right balance. He has been criticized for sometimes coming across as too relatable — a harmonica-playing every man who lacks presidential gravitas. Pence has drawn criticism for his low-key demeanor. It will be interesting what approach both men take in their biggest prime time appearance. 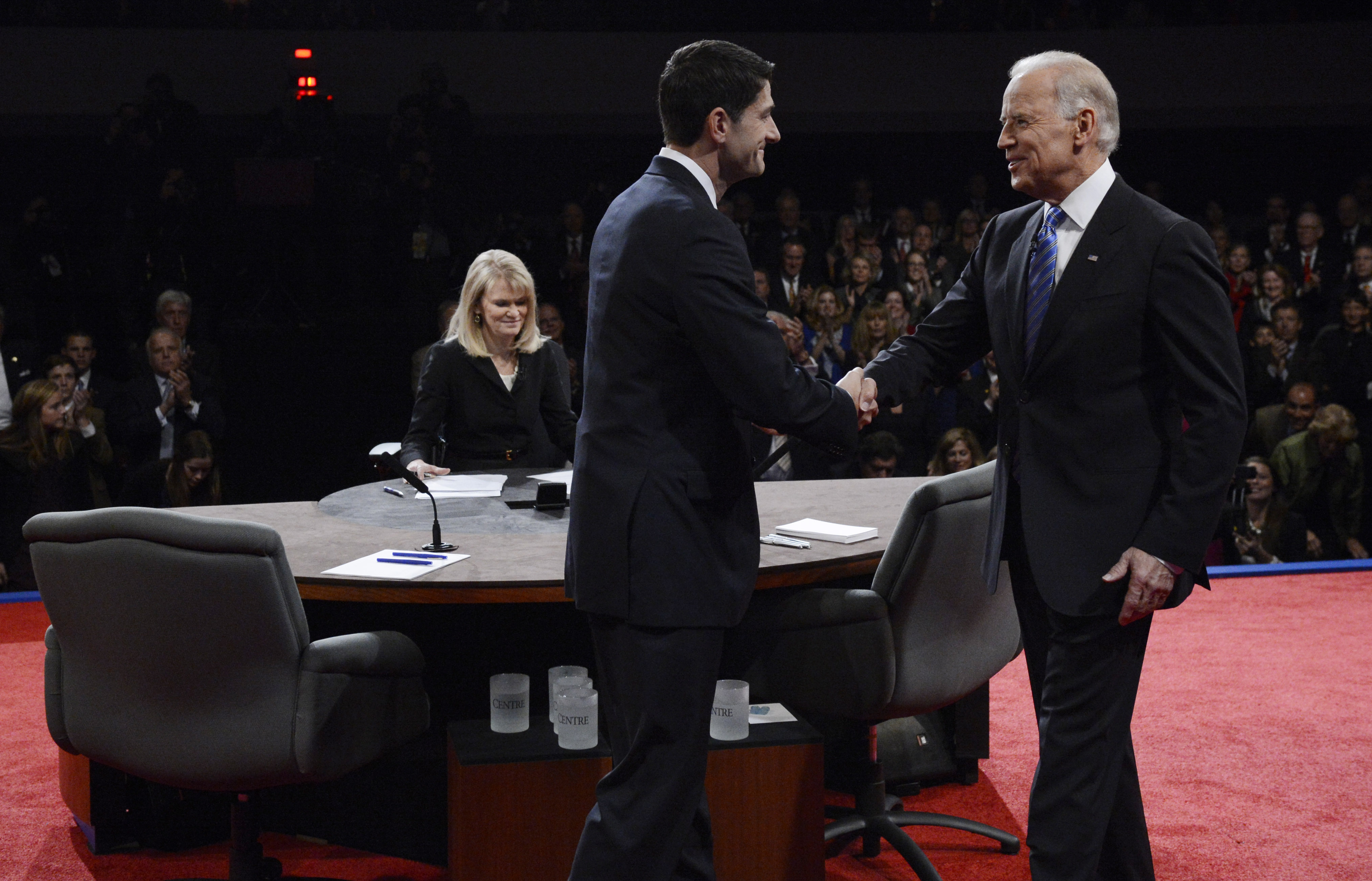 One of the biggest knocks on Trump has been his lack of policy knowledge. That weakness came through in the first debate against Clinton, when he struggled to display a command of foreign and domestic policy. Pence, a former congressman, is an experienced elected official who has spent years working on complex issues The debate is a prime opportunity for Pence to showcase his policy chops, and convince undecided Republicans and moderates that he gives the GOP ticket some much-needed depth.


READ THIS: What you need to know about Tim Kaine and Mike Pence

Kaine, a former mayor and governor, is also an experienced policy hand, however. That sets up the likelihood of a very wonky debate — especially in comparison to Clinton and Trump’s upcoming town hall-style debate in St. Louis on Oct. 9, which could descend into an ugly, highly personal confrontation if Trump follows through on his promise to bring up the Clinton’s marital history. On Tuesday, look for Kaine and Pence to challenge each other on everything from immigration to gun control. They hold vastly different positions on these and other hot-button issues, setting the stage for a substantive, albeit dry, policy clash.

Who is the better clean-up man?

It’s the classic job of the running mate. The quarterback goes on offense, while the VP provides the defense. And no set of vice presidential candidates has ever had so much to defend. In the past two months, both Pence and Kaine have shown they are extremely capable of answering for their bosses’ various gaffes, email scandals, unreleased taxes, and health and temperament questions. But until now, they’ve never done so in a face-to-face debate. Following a weekend of tough stories for the Trump campaign, Pence could face tough questions about the GOP nominee’s business career.

It’s the classic job of the running mate. The quarterback goes on offense, while the VP provides the defense. And no set of vice presidential candidates has ever had so much to defend.

The obvious tip: Watch to see who is able to genuinely respond to criticism of their running mate and then who can most quickly turn to another topic. Less obvious: Watch for facial expressions as the candidates do this. Do the seconds-in-command reveal any defensiveness (a problem for their presidential candidates)? Similarly, listen for the first words they use when responding to a critical question. Conversational words like, “look…”, “you know”, “hey” or “well” sometimes indicate the candidate is on the defensive, giving themselves time to come up with an answer or trying to appear extra casual in response.

As a rule, fewer voters watch the vice presidential debate than the three main events. But in some years the undercard draws nearly as many viewers. When that happens, it’s a sign of the public’s above-average interest in the race for the White House. In 2008, for example, about 70 million people watched the vice presidential debate between Joe Biden and Sarah Palin, who injected new energy into the contest after John McCain chose her as his running mate. Four years later, 54 million Americans watched the debate between Biden and Paul Ryan, Mitt Romney’s vice presidential pick.

Kaine and Pence haven’t generated Palin-level excitement on the campaign trail this year. And neither man has the national stature of Ryan, who went on to become the House Speaker. Still, the intense interest around this year’s election could trickle down to the vice presidential stage. If Tuesday’s debate gets good ratings, it could signal a high turnout on Election Day. And there’s another reason why viewership matters this time around, especially for the GOP ticket. Pence has arguably been Trump’s most effective defender. Assuming he does a good job on Tuesday, the voters who watch could emerge with a better feeling about the Republican ticket. If the ratings are low, that’s bad news for Trump, because it means millions of voters — including many who watched him flub the first debate — will have missed Pence’s comeback performance.