What do New Hampshire voters care about?

New Hampshire voters often pride themselves on their ability to pick presidents, but who are these voters and how do they compare to the rest of the United States?

Nearly 94 percent of New Hampshire residents who are old enough to vote are white, the Census Bureau says. That’s a big difference compared to 66 percent of the nation’s population who are white. 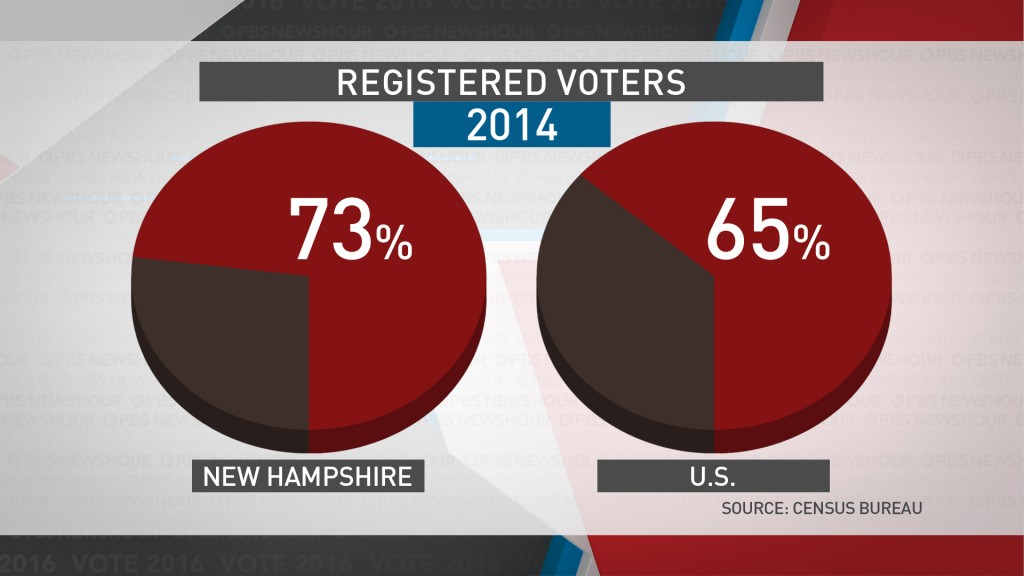 And people are less likely to live in poverty in the Granite State. There, 8 percent of New Hampshirites live at or below the poverty line, compared to nearly 14 percent of the U.S. population, the Census Bureau reports.

Voters in New Hampshire also are more likely to register to vote. Nearly three-quarters of New Hampshire voters registered in 2012, compared to about two-thirds nationwide, according to the Census Bureau.

But what matters most to New Hampshire voters who cast their ballot today? 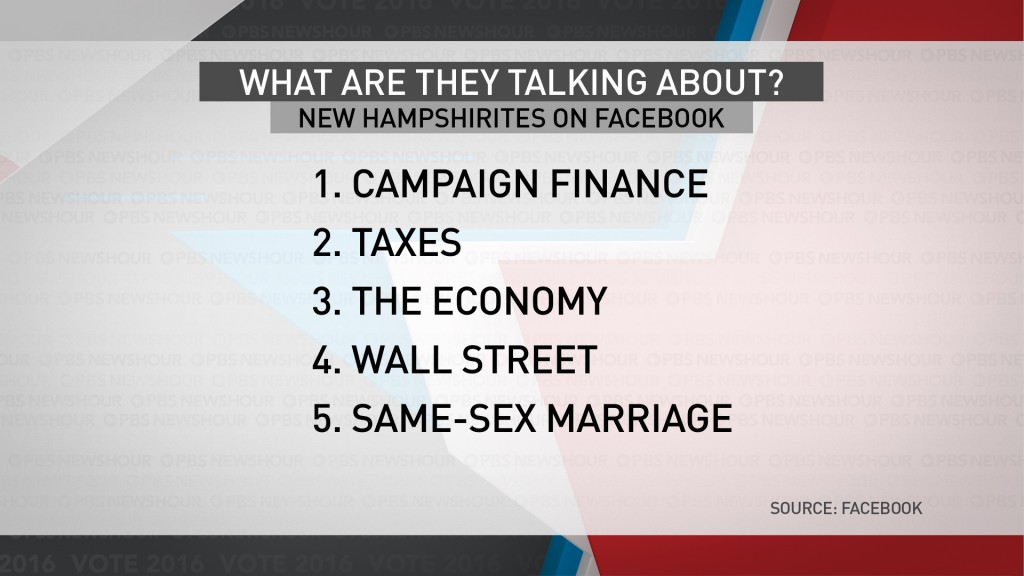 According to conversation among New Hampshire residents on Facebook, campaign finance generated the most chatter. After that, taxes, the economy, Wall Street and same-sex marriage mattered most to those Facebook users in the days leading up to the Democrat and Republican primaries there, the social media outlet reported Monday.

And when people in New Hampshire want to know more about candidates, what are they googling?

Immigration and gun control top the list of Google searches related to both Democrat presidential candidates Hillary Clinton and Bernie Sanders, according to data from the Google News Lab.

And following Republican presidential candidate Ted Cruz’s win in the Iowa caucus, one of the most popular questions that New Hampshire residents are googling is: “What does Ted Cruz stand for?”