What everyone’s getting wrong about the president’s No. 1 job

What is the president’s primary responsibility?

The American people voted. You took the oath, danced at the balls, and you’re now sitting in the Oval Office. Quick: what is your No. 1 job? Is it to command the United States military? Appoint judges and cabinet members? Pardon a turkey?

At the Republican debate on Tuesday night, New Jersey Gov. Chris Christie trotted out a familiar answer to this question. “The first and most important priority of the president of the United States is to protect the safety and security of Americans,” Christie said.

That’s a line that will likely be repeated often between now and January 20, 2017, when President Barack Obama’s successor is sworn into office. But on that day, the next president-elect will stand before the American people and say something categorically different about the new job:

Despite the oath and its focus on the constitution, presidents — and presidential candidates — often redefine the job description to suit their own interests.

READ NEXT: Could Trump’s anti-Muslim rhetoric influence politics well beyond 2016?

At the 2004 Republican National Convention, former President George W. Bush said, “I believe the most solemn duty of the American president is to protect the American people.”

Obama adopted Bush’s interpretation, and has used similar language in policy documents, like the administration’s 2011 National Strategy for Counterterrorism, and major speeches.

“The supreme responsibility of the president is to protect our system of government, not the safety of individuals or even their physical security.”

The president, a former constitutional law professor, repeated the claim last week in his Oval Office address on terrorism and the Islamic State. “As commander in chief, I have no greater responsibility than the security of the American people,” Obama said.

That’s a misinterpretation of the job’s number one responsibility, according to Steven Aftergood of the Federation of American Scientists.

“The supreme responsibility of the president is to protect our system of government, not the safety of individuals or even their physical security,” Aftergood said.

Constitutional law experts agree, but argue that the oath of office provides some wiggle room.

“If you look at the oath, it dictates the president’s constitutional obligations, but they end up being undefined,” said Michael Gerhardt, the scholar in residence at the National Constitution Center in Philadelphia. The constitution does give presidents “some discretion to say, ‘Here’s what I think my job will be.’”

This debate isn’t new, of course, and it stems in part from the vagueness of the catch-all term “security.” Presidents take on numerous issues that are connected to keeping the public safe, but that aren’t directly tied to matters of war and peace.

Still, presidents have long prioritized national security and defense over other responsibilities, especially during times of strife.

“Much of the history of constitutional law as it relates to the president [revolves around the issue of] whether they can write their own job description,” said Gerhardt, who teaches constitutional law at the University of North Carolina at Chapel Hill. 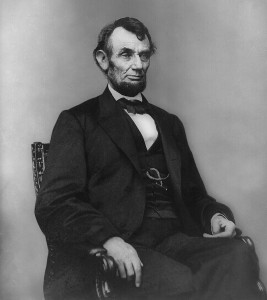 Presidents throughout history, including Abraham Lincoln, have found ways to redefine their job description.

In 1861, Abraham Lincoln suspended the writ of habeas corpus after declaring a state of martial law, arguing that the unprecedented measure was necessary to help the Union Army win the Civil War. The suspension was declared unconstitutional by the Supreme Court’s chief justice, Roger Taney, but Lincoln ignored the ruling.

Franklin D. Roosevelt signed an order creating a system of Japanese internment camps in 1942, and the order was upheld twice by the Supreme Court during World War II.

Donald Trump, who has made national security one of the top issues in his presidential campaign, cited FDR’s internment camp policy in defending his call to ban Muslims from entering the country.

The proposal was condemned by party leaders and Muslim Americans, but it has resonated with many conservative primary voters in an election that is more focused on concerns about terrorism than perhaps any presidential contest since the 2001 attacks.

And as fears over terrorism have grown since 9/11, the political rhetoric has followed suit, helping to solidify the notion that the president’s first responsibility is protecting Americans.

“There has been an increase in rhetoric and policy orientation” toward national security in the post-9/11 era, and it’s become more noticeable on the campaign trail, Gerhardt said.

Aftergood argued that the shift has allowed presidents and White House contenders to promote ideas, in the name of securing the country, that violate basic individual rights.

“Sometimes safety can be enhanced at the expense of constitutional values,” Aftergood said. “It’s important to be clear about what the president’s priority is: [protecting the constitution], or physical safety. And too often that distinction has been blurred.”

Left: President Barack Obama often says that protecting the American people is his first responsibility, though his oath of office says otherwise. Photo by Kevin Lamarque/Reuters