What to expect at the sixth Democratic debate

Ahead of the final Democratic primary debate of 2019, the field seems as fragmented and unsettled as it was at the start of the year when candidates began launching their White House bids.

Primary voters still seem uncertain about whether a progressive or moderate candidate stands the best chance of beating President Donald Trump in 2020. Divides over age, race and gender remain — though for the first time this election cycle, the debate will feature an almost entirely white lineup. Andrew Yang, who is Asian American, is the only minority candidate who qualified.

The PBS NewsHour/POLITICO debate comes one day after the House voted to impeach the president. The impeachment process will now turn to the Senate, which will likely start its trial early next year.

Many voters are beginning to tune into the primary race in earnest now, with voting set to begin in less than two months, making Thursday’s debate a critical test for the candidates — especially the ones stuck in a close race for first place in Iowa and New Hampshire.

Pete Buttigieg in the spotlight

The mayor of South Bend, Indiana has taken off in the polls since the last debate in November and is now near the top of the pack in Iowa and New Hampshire. He’ll take the debate stage in Los Angeles as one of the frontrunners for the first time this primary season. That will come with added scrutiny that often trips up leading candidates. Biden and Warren both struggled in the spotlight at debates under sharp criticism from their rivals.

At this point in the race, Buttigieg has withstood months of attacks from opponents, including a growing amount of criticism in recent weeks as his poll numbers improved. As a result, he has had plenty of time to hone his counterattack, and Buttigieg has already shown an ability to stay calm in big moments. He didn’t lose his cool in previous debates when Rep. Tulsi Gabbard of Hawaii and other Democrats challenged his proposals and track record. 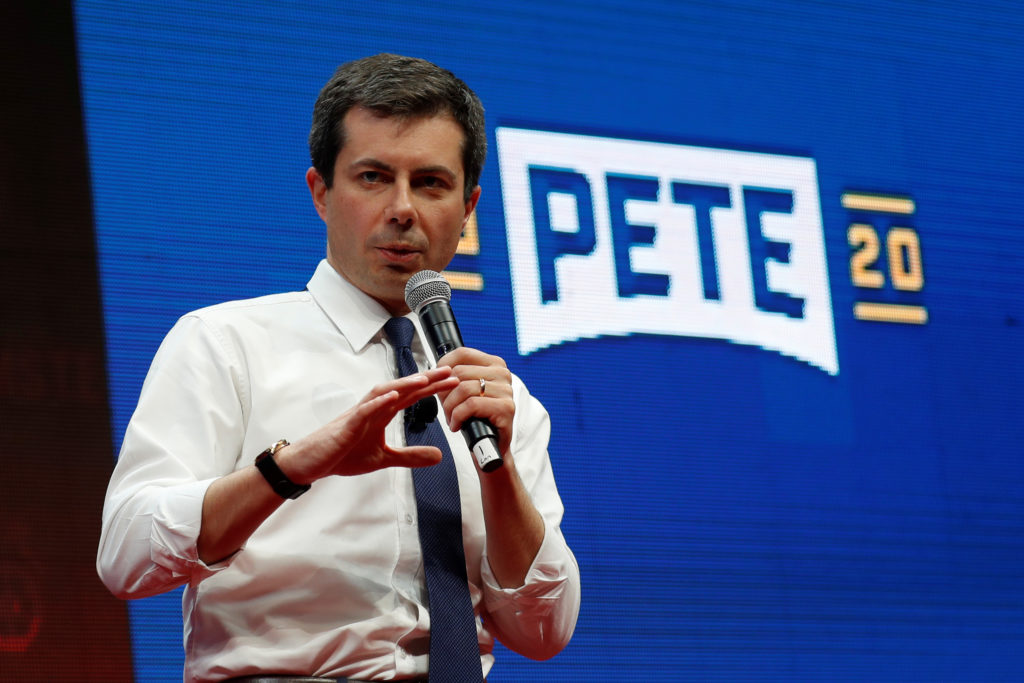 But the debate Thursday could be different. With the first primaries less than two months away, voters are starting to pay closer attention to the race. Buttigieg’s chances of winning seemed remote, if not impossible, just a few months ago. Buttigieg, who is just 37 and also the first openly gay major party presidential candidate, is entering unchartered territory as a leading candidate this close to the start of voting.

Buttigieg has found success on the campaign trail and in debates by focusing on his vision for moving the country forward. When attention has turned to his experience and record as mayor — especially his record on policing and race relations — Buttigieg has sometimes stumbled. To succeed Thursday, he’ll need to minimize the focus on South Bend, strike a chord with nonwhite voters to expand his base, and demonstrate why he’s qualified for the most powerful job in the world.

For a few months in the late summer and early fall, it appeared as if Warren could do no wrong. The Massachusetts Democrat shot up in the polls as voters gravitated to her policy-driven, selfie line-powered campaign. But then Warren unveiled a two-step, phased-in “Medicare for All” proposal that progressives argued was not aggressive enough and moderates criticized as too liberal, costly, and unrealistic. After that, Warren quickly lost momentum, and along with it, her one-time frontrunner status.

The debate Thursday is a chance for Warren to get back on track. But to do so will require some deft political maneuvering.

On the progressive front, Warren will need to re-energize the party’s liberal base — in particular, voters who sided with her over Sanders earlier this year but may now be less certain that she is the strongest progressive candidate in the race. On the other end of the spectrum, Warren must convince moderate Biden supporters who see her as too liberal, that she has the best chance to beat Trump next November. Warren successfully threaded that needle in previous debates. During her peak this summer, Warren could afford an off-night performance or two. She won’t have that luxury Thursday.

So far, Biden has not been at his best in the Democratic primary debates. He often gives long, meandering answers and sometimes awkwardly cuts himself off mid-sentence when his time is up. He has struggled at times to defend his record. Biden has stood center stage, as the frontrunner, in every debate, but there have been long stretches where he has disappeared from the conversation.

And yet, his debate struggles haven’t hurt him substantially. Biden remains on top in national polls. At the state level, he has retained a large lead in South Carolina, thanks to widespread support from African American voters, and he’s also ahead in Nevada, another key early voting state with a large nonwhite Democratic primary electorate. Biden has slipped in Iowa and New Hampshire, but he remains within a few points of the leader in both states.

Critics predicted that voters would sour on Biden after uneven performances at past debates. Each time, that hasn’t happened. 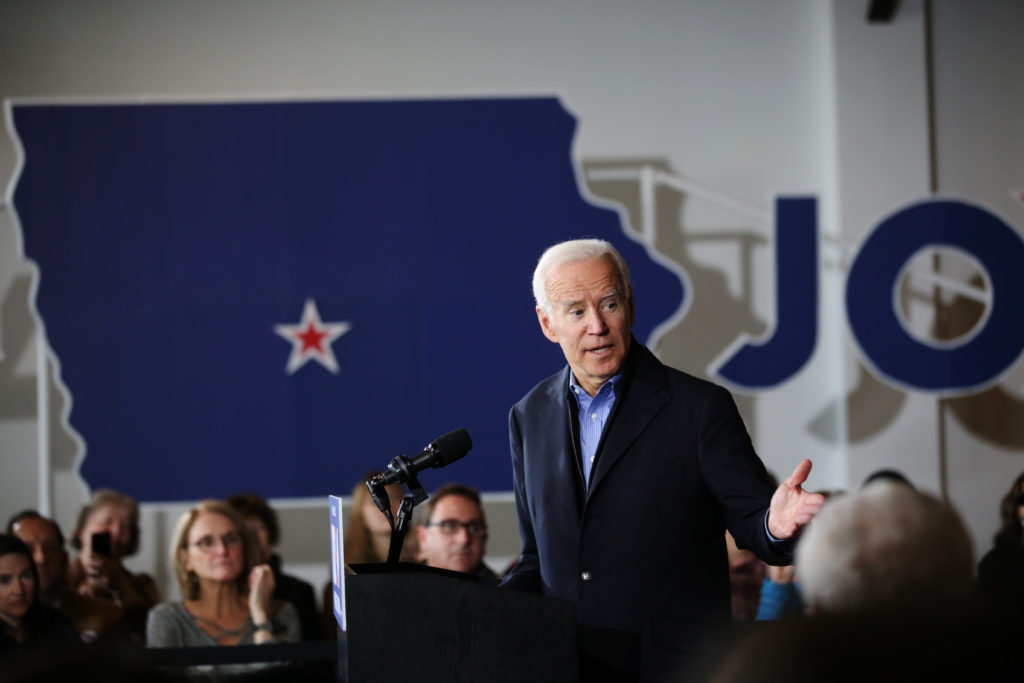 On the other hand, Biden hasn’t succeeded in putting the nomination away, either. It’s possible the primary race would be in a different place today if Biden dominated the previous six debates — or even some of them. The fact that he has struggled in the debates has left the door wide open for others to challenge him, raising questions about whether he can take on Trump in 2020, his age, and whether his centrist message is out of step with an increasingly progressive Demorcatic Party. Biden could lay some of the criticism to rest with a strong debate in Los Angeles. If nothing else, it would show Democrats who are nervous about the party’s prospects in 2020 that Biden can reach a higher gear as the voting season is about to get underway.

Sanders is bouncing back

Sanders was largely written off by detractors and political pundits after suffering a heart attack in early October. The health scare raised questions about his age — at 78 years old, Sanders is the oldest candidate in the race — at a time when he was sinking in the polls. But Sanders bounced back after taking a short break from the race. He was energetic at the following two debates and has maintained a punishing campaign schedule since then. Sanders also won the endorsement of Rep. Alexandria Ocasio-Cortez, D-N.Y., a popular figure on the left.

The Vermont senator enters Thursday’s debate with more momentum than he’s had in months. Sanders is back in first place in polls in New Hampshire, and has overtaken Warren and Biden in Iowa, where he is currently in second place in most polls, behind Buttigieg. Sanders has also put resources into Nevada, a diverse state that could play a critical role in shaping the field after the largely white states of Iowa and New Hampshire recede from the spotlight.

But Sanders still faces the same obstacles he did at the start of the primaries. He’s viewed as too liberal by many moderate Democratic primary voters. Like Warren and Buttigieg, Sanders is still trying to prove he can build a diverse coalition that could beat Trump in a general election matchup. And despite his speedy recovery from the heart attack, his age and health remain a concern for some voters, especially those who want to see a younger Democrat take on Trump.

Sanders is attempting to achieve something that’s rarely been done in modern U.S. presidential politics: winning the nomination after finishing as the runner-up in a previous primary cycle. His chances of success would arguably be higher if Sanders tweaked his message in order to win over more moderate voters. But Sanders has refused to do that and his supporters and online donors deeply admire his conviction. His refusal to waver on issues like “Medicare for All” has helped Sanders maintain his place as a top progressive candidate. But so far, it hasn’t been enough to put him atop the polls.

The debate stage will be smaller because fewer candidates met the higher thresholds of polling and fundraising needed to qualify. The format will shine a brighter spotlight on the candidates who are not in the top tier: Klobuchar, Yang and Steyer. None of the three have reached double digits in the polls, or even come close. A single debate performance, no matter how strong, is unlikely to change that overnight. Still, Thursday’s debate gives the lower tier a prime opportunity to promote their ideas, and show why they made the debate stage at all, over the numerous other low-polling Democratic candidates who failed to qualify.

Added attention also comes with more pressure. For Yang and Steyer, who are both first-time candidates, the debate will be the most high-profile moment of their political careers. Since there will only be seven candidates on stage, Yang, Steyer and Klobuchar will likely get more speaking time than they had in previous debates. But they’ll still be fighting to not be overshadowed by the leading candidates. At the same time, they will also be under significant pressure to qualify for future debates, when the qualifying criteria could get even tighter.

Thursday’s debate will also have some conspicuous absences, leading to a lack of diversity. Sen. Cory Booker, for example, won’t be on the debate stage, but has shown no signs of dropping out of the race. Sen. Kamala Harris ended her White House bid earlier this month after failing to build on a promising start. They were both seen as strong contenders when they launched their campaigns. Their absence Thursday — and the presence of Yang and Steyer — proves just how unpredictable presidential elections can be.