What to watch at the Democratic debates in Detroit

The leading 2020 Democratic presidential candidates will take the debate stage Tuesday and Wednesday in Detroit looking to further define their candidacies, take on rivals, and score a viral moment.

Meanwhile, several other candidates are facing dimming prospects for their 2020 ambitions — and increased pressure to have breakout moments at the debates this week to help them gain momentum to qualify for the next round of debates in September.

Low-polling candidates are “sort of running out of time” to gain ground, said David McLennan, a professor of political Science and the director of the Meredith Poll at Meredith College. “They’ve got to make their message very cogent [and] concise, but also very resonant.”

Here’s what we’re watching in the debates this week.

Will Sanders and Warren take each other on?

On Tuesday, Sen. Bernie Sanders of Vermont and Sen. Elizabeth Warren of Massachusetts, who lead the more progressive wing of the primary field, will share a debate stage for the first time this election cycle. (They were on different stages in the debates in June). Sanders and Warren are “on a collision course,” said Doug Thornell, a Democratic strategist. 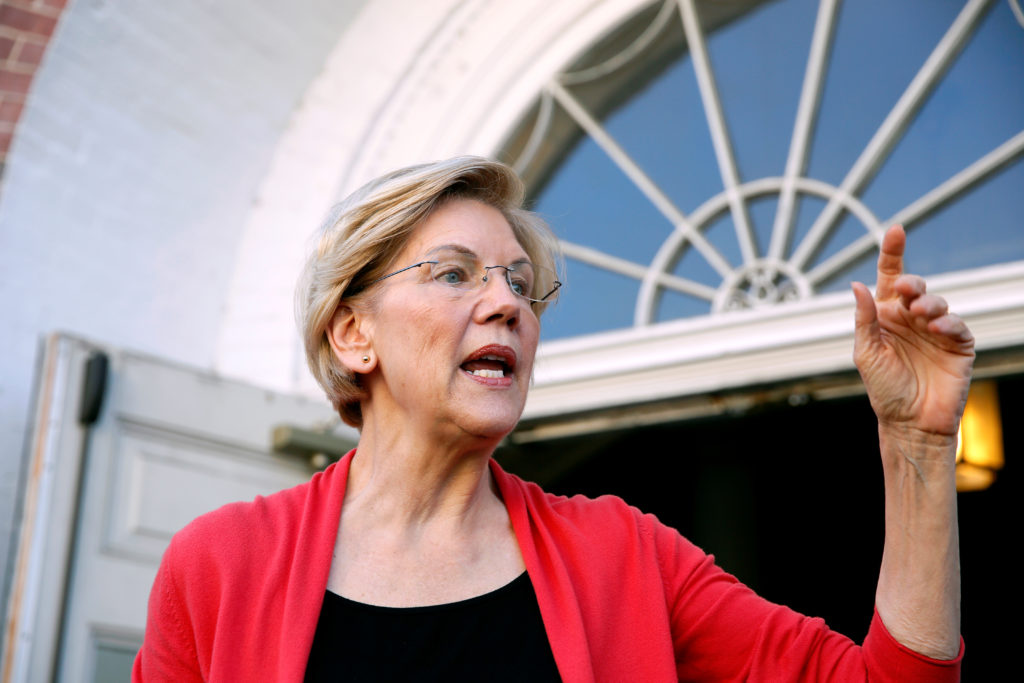 Democratic 2020 presidential candidate and Sen. Elizabeth Warren speaks to an outside overflow crowd during a town hall at the Peterborough Town House in Peterborough, New Hampshire, on July 8, 2019. Photo by Elizabeth Frantz/Reuters

“[There’s a] strategic imperative for both of them to start to draw a sharp contrast with each other,” he said. “Warren is on the upswing and eating into Sanders’ support.”

Warren has overtaken over Sanders in some recent national polls, as well as early state polls in key states like Iowa and New Hampshire. Sanders may need to go on the offensive at the debate to stop his slide in the polls. So far on the campaign trail, Sanders and Warren have both said they share a long friendship and so far refused to go after each other.

On night two, former Vice President Joe Biden and Sen. Kamala Harris of California will once again share a stage, setting up a rematch of the most memorable moment of the last debate. In Miami, Harris tangled with Biden about his previous position on school busing in the 1970s, pointing out that while he opposed the policy to increase integration in public schools, Harris herself benefitted from busing as a student in Berkeley, California.

Harris immediately saw a bump in the polls and in fundraising after the debate, raising about $2 million in the following 24 hours. Biden, for his part, took a hit in the polls, but managed to keep his lead atop the primary field.

But a recent Quinnipiac survey found Harris lost most of her post-debate surge, while Biden was hovering around his pre-debate share of support at 34 percent.

The polls show “going after [Biden] about something he supported 30, 40 years ago doesn’t seem to have a lasting effect,” McLennan said.

Still, Thornell said, Harris and others on that stage — Sen. Cory Booker of New Jersey and former Housing and Urban Development Secretary Julian Castro — will likely take Biden on anyway.

“Biden is still the frontrunner, and I expect that a lot of people will go after him,” Thornell said. “That comes with some risks, especially when the top goal of Democratic voters is to go after and beat Trump.” In a PBS NewsHour-NPR-Marist poll earlier this month, 54 percent of voters said beating Trump was their top priority in 2020 — far ahead of a candidate who aligns with their own values.

Pete Buttigieg and the fundraising vs. polling conundrum 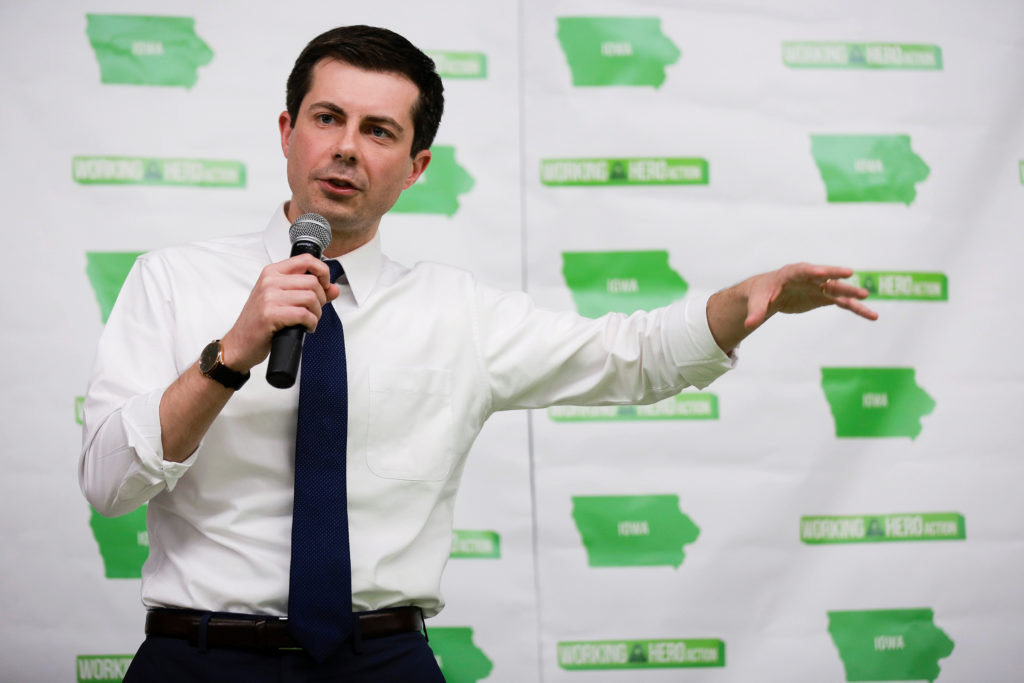 2020 Democratic presidential candidate Pete Buttigieg has struggled to gain traction in the polls despite leading the primary field in fundraising. File photo by REUTERS/Elijah Nouvelage

Also on the debate stage on night one Tuesday: South Bend Mayor Pete Buttigieg, who has stagnated in the polls since surging in the spring and likely needs a big moment in Detroit to move up in the polls

Buttigieg managed to outraise the entire primary field last quarter, bringing in nearly $25 million. He’s also consistently attracted big crowds, from Des Moines to Los Angeles. But that hasn’t translated into a surge in the polls, putting Buttigieg in the unusual position of leading the money race without cracking the field’s top tier.

To change his fortunes, Thornell argued, Buttigieg has to broaden his appeal. “Mayor Pete has to turn those successes into broader support, especially among voters of color,” he said.

Hoping for their breakout moment

For the nearly dozen Democrats stalled at 1 percent in polling, a breakout moment on the debate stage could make the difference between making it to the Iowa Caucuses or sputtering out on the trail.

Former Texas congressman Beto O’Rourke, for example, is looking to rebound from a disappointing performance in last month’s debate and revive his campaign. Castro, meanwhile, is looking to build off a strong June debate.

At the same time, most primary voters still do not have a preferred candidate, and that could allow candidates like Montana Gov. Steve Bullock — who did not qualify for the June debate — a chance to make his mark on undecided voters during this week’s debates.

As a moderate who has won multiple statewide races in a red state, including in 2016, Bullock is in a position to pick off some centrist voters from Biden. But in a sprawling field, Thornell said, the biggest question for an unknown candidate like Bullock is: “can he create an identity for himself?”

Qualifying for the September debates will also be an important backdrop to the debates this week.

The September debates require candidates to record 130,000 individual donors, compared to the 65,000 needed to make it into the June and July debates. They also need to earn at least 2 percent support in four polls. So far, seven candidates have met that goal: Biden, Sanders, Warren, Harris, Booker, Buttigieg and O’Rourke.

“If you don’t qualify for the September debate then they don’t get [very] much visibility,” McLennan said. “It’s not just will they be in the next series of debates, but will they continue to raise the kind of money to keep offices open in Iowa, New Hampshire, South Carolina?”

Left: Former Vice President Joe Biden and Senators Bernie Sanders and Kamala Harris will be front and center at the next round of 2020 Democratic debates in Detroit this week. File photo by Carlo Allegri/Reuters