What to watch in Pennsylvania’s special election

Murphy, a Republican, represented the state’s 18th congressional district, which covers a corner of western Pennsylvania outside of Pittsburgh, from 2003 to 2017. He resigned after reports that he asked a woman with whom he had an affair to get an abortion. Here’s what we’ll be watching.

How enthusiastic are Democrats?

President Donald Trump won this district in 2016 by 20 points, which on paper makes it an unlikely place for a Democrat to run a competitive race. But a Monmouth University poll released Monday showed Lamb, an attorney and former Marine, with a 49-47 percent lead over Saccone, a conservative state legislator endorsed by Trump. The poll was based on a turnout model for typical midterm elections, when fewer voters head to the polls. If there’s a surge of Democratic support for Lamb, however, the poll had him up by six points, 51-46 percent.

In recent months, higher-than-expected Democratic turnout in other parts of the country has helped Ralph Northam win the Virginia governor’s race and Doug Jones capture a Senate seat in Alabama. Turnout was also up in Texas’ Democratic primary last week, another sign that voters on the left are energized heading into the 2018 midterms. If Lamb can replicate that in Pennsylvania, he stands a good chance of winning.

Will Republicans will cross party lines?

Nine percent of likely voters who self-identified as Republican support Lamb, according to the Monmouth poll. That’s another positive sign for Lamb, especially in a polarized era where fewer and fewer voters cross party lines. If that number ticks up for Lamb on Election Day and he wins over more Republicans, he wouldn’t need as many Democrats to beat Saccone.

Lamb’s level of GOP support will also be interesting for another reason: it will offer a clue about how Republicans in a stalwart GOP district feel about the direction of the country under Trump. A solid Republican showing for Lamb would be a rebuke to Trump, who campaigned for Saccone in the district over the weekend. It would also be a warning to other Republicans that they’ll need to put in extra work to ensure that moderate GOP voters in swing states stick with the party this fall.

Is trade a winning issue?

At his rally Saturday, Trump touted his recent decision to impose sweeping tariffs on steel and aluminum imports, as well as the tax bill Republicans passed last year. Trump also touched on the debate over gun control, which has been reignited by the mass shooting at a high school in Florida that killed 17 people last month. “We need him,” Trump said at the rally, referring to Saccone. If he loses, Trump said, “they’re going to take away your tax cuts. They’re going to take away your Second Amendment rights.” 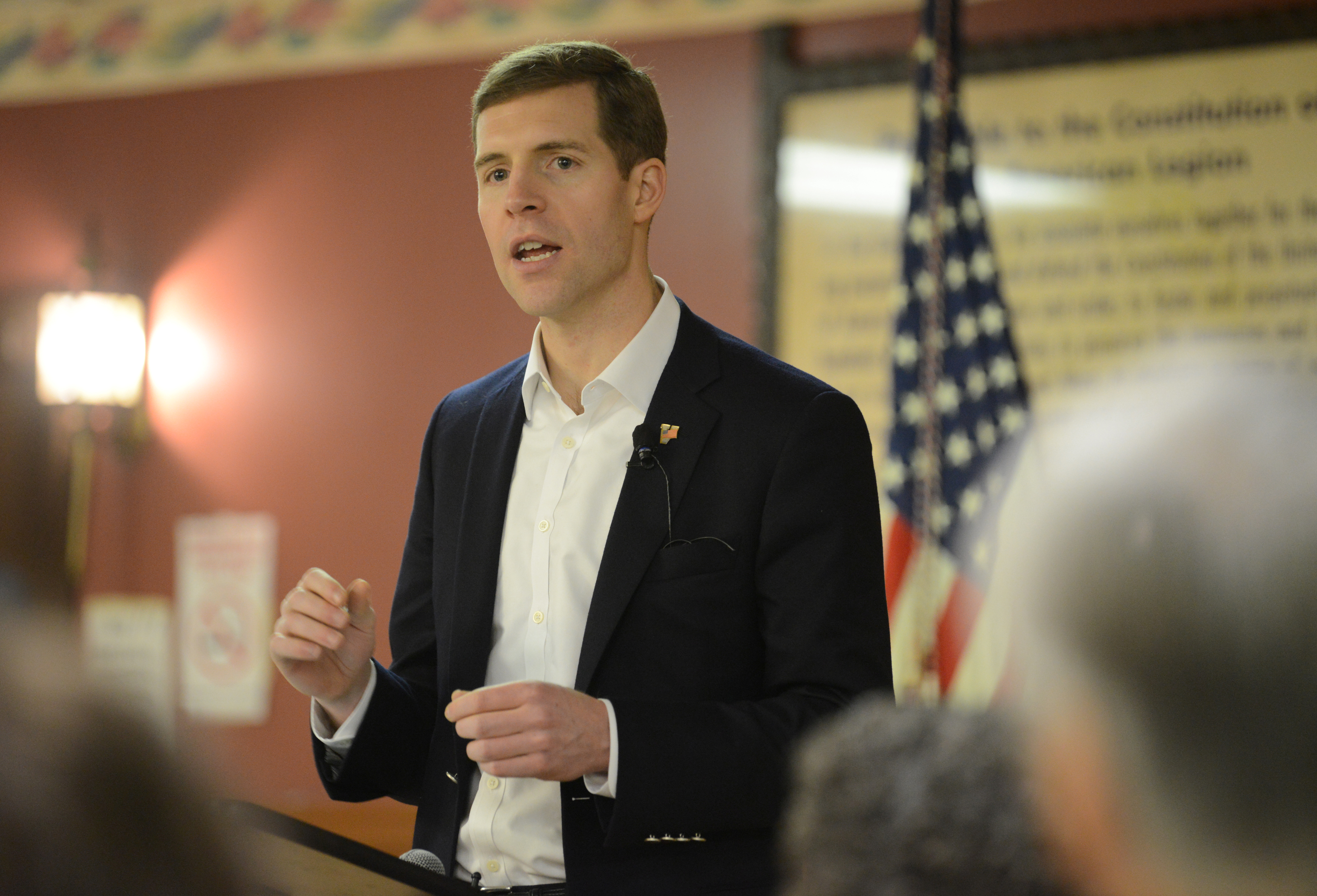 Democrat Conor Lamb delivers a speech at a campaign rally in Houston, Pennsylvania, on January 13, 2018. Photo by Alan Freed/Reuters

Trump’s announcement on tariffs came late in the race. Still, the poll numbers point to lukewarm support for the policy in a region with a long history of manufacturing — the kind of district where Trump’s message on trade resonated with blue-collar Republicans and Democrats alike in 2016. Regardless of Tuesday’s outcome, the race has highlighted a central challenge for Republican candidates in 2018: how to embrace the more popular parts of Trump’s record while distancing themselves from the president’s less popular policies and controversial rhetoric.

The emergence of the centrist Democrat

Saccone and conservative groups have painted Lamb as a liberal ally of House Minority Leader Nancy Pelosi, D-Calif. But Lamb has run as a moderate Democrat, even saying he would not support Pelosi as the House Democratic leader if he joins Congress. Lamb says he personally opposes abortion, supports fracking and does not back new gun control measures.

That’s not a winning formula for a Democrat running in a deep-blue state like Massachusetts or California. But it might be a blueprint for other Democrats running in House districts that Trump carried easily in 2016. The strategy could also be a gamble: By reaching out to centrist Democrats and Republicans, Lamb risks alienating more progressive Democrats.

Since taking office, Trump has been an active campaigner for Republicans in primaries and special elections, with mixed results. Republicans notched several wins in the first half of 2017, but that momentum was stopped with Democratic victories in Virginia and Alabama at the end of the year. Trump backed the losing Republican candidate in both of those races, which were seen in part as referendums on Trump’s presidency.

In Pennsylvania, Trump could face another setback if Saccone loses. It raises the question: WIll Trump be an asset for Republicans on the campaign trail, or something of a liability? Tuesday’s results will provide a bit of clarity as both parties prepare for the midterms.