What to watch in Tennessee’s primaries

Voters headed to the polls Thursday in Tennessee, where a slew of Republican and Democratic candidates are battling in high-profile Senate and gubernatorial primaries. The state is reliably conservative, but could be more competitive than usual in the November general election.

Here is a guide to the primaries for governor and the Senate seat being vacated by retiring GOP Sen. Bob Corker.

Is the seat open?

Rep. Diane Black; businessman and former state official Randy Boyd; businessman Bill Lee; and state House Speaker Beth Harwell. After a series of high-profile endorsements in other midterm primaries, President Donald Trump declined to back a candidate in this primary. The four Republican candidates have gone through a bruising fight, clashing over immigration, promises to drain the (Tennessee) swamp and gun rights.

The winner will likely face Democratic frontrunner Karl Dean, a moderate former Nashville mayor who is credited with revitalizing the city during after the Great Recession.

The top three GOP candidates are nearly tied in the polls, and there’s not much daylight between them on most issues.

What are voters talking about?

The top three candidates (Black, Boyd and Lee) are nearly tied in the polls, and there’s not much daylight between them on most issues. As a result, they’ve tried angling to be the biggest outsider in the race. Black has been dubbed “D.C. Diane” by her opponents, who have tried to use her time in Washington against her. Lee is the only candidate who has not served in government, and has played up his lack of political experience.

A divisive primary full of attack ads has sparked questions of whether GOP voters in the state can rally around the winner in the general election. Though the Democratic primary is also contested, it has been more civil. The frontrunners are both campaigning to pass Medicaid expansion, which would affect some 300,000 Tennesseans. Democrats believe they have a narrow path to victory in November, but they’ll need to win over GOP voters in a red state where more than 50 percent still support Trump.

Is the seat open?

Yes, after Corker, the chairman of the Senate Foreign Relations Committee, announced last year that he would not seek reelection. 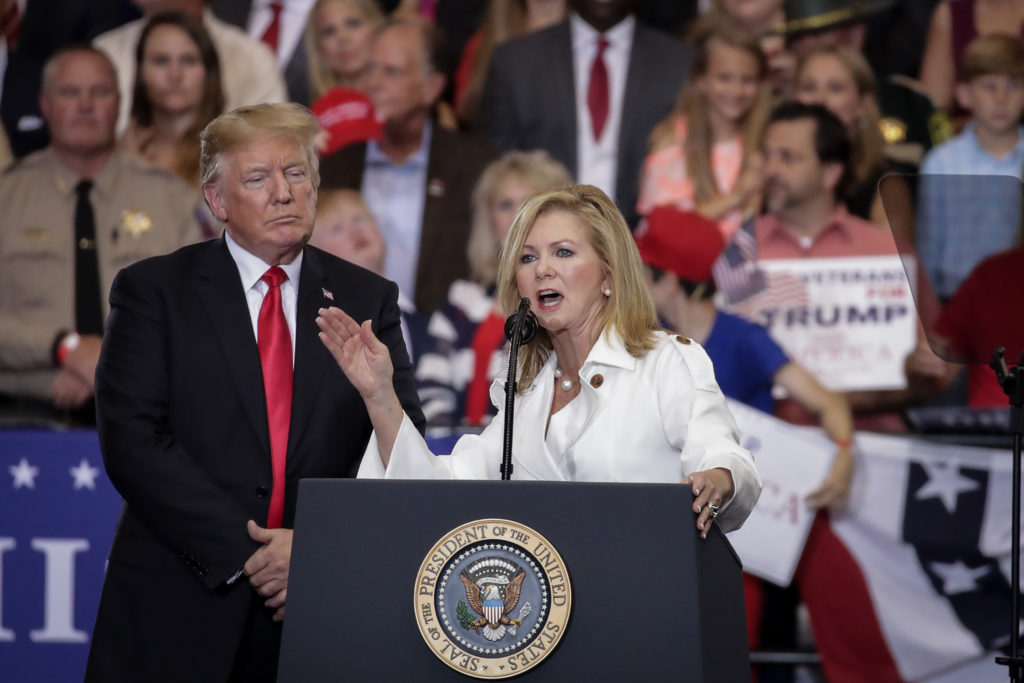 President Donald Trump looks on as Rep. Marsha Blackburn, R-Tenn., speaks during a rally on May 29, 2018 in Nashville, Tennessee. (Photo by Drew Angerer/Getty Images)

Both Blackburn and Bredesen are expected to easily win their primaries on Thursday. Bredesen has hit the airwaves early with ads portraying him as a moderate Democrat who is willing to work with Trump, but also not afraid to stand up to the president if his policies would hurt Tennesseans. Bredesen’s record as business-friendly mayor and governor has attracted Republican donors in Tennessee’s financial sphere.

Blackburn, who is in her seventh term in Congress, is a conservative firebrand — so much so that Twitter briefly took down her campaign announcement video in February for inflammatory content. She is a strong support of Trump and his policies, earning herself an endorsement and a home state rally in May. Before joining Congress, Blackburn served in the Tennessee state senate. This is her first run for statewide office.

The Democratic Party were paying little attention to Tennessee until Sen. Bob Corker announced that he would not seek re-election and Bredesen announced his candidacy. With his personal wealth, high name recognition and popularity — he won every county in his last gubernatorial bid in 2006 — Bredesen’s entry into the race made an otherwise unremarkable contest competitive.

But Tennessee remains a conservative state, and Democrats haven’t run a strong statewide race since Bredesen’s win in 2006. 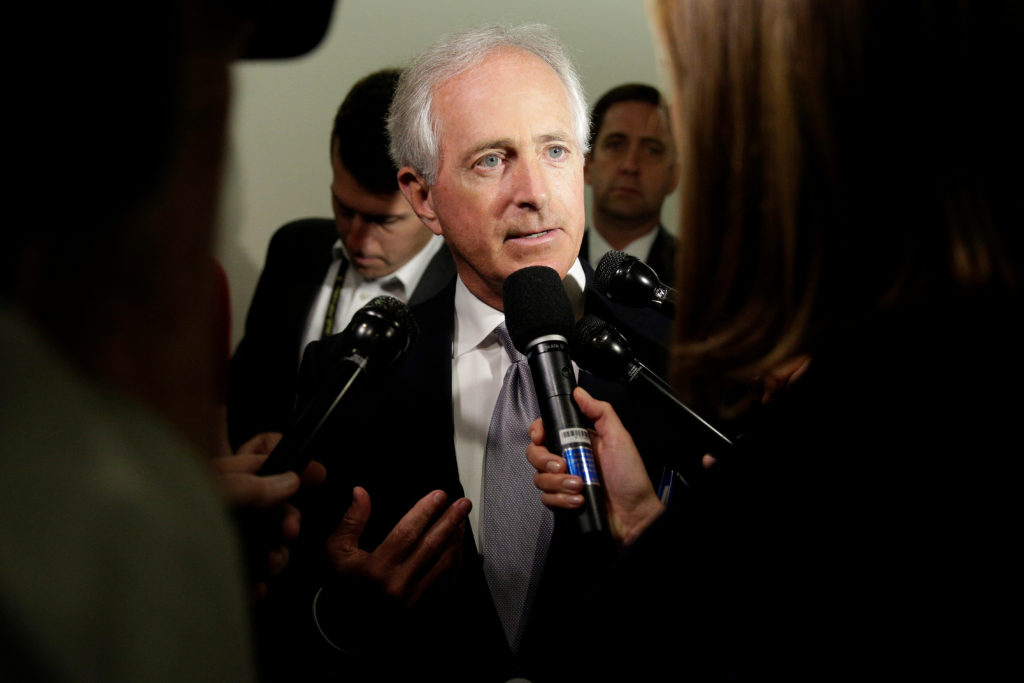 Senator Bob Corker, R-Tenn., who has frequently criticized President Donald Trump, announced last year that he would not seek reelection, paving the way for a competitive Senate race to replace him. File photo by REUTERS/Joshua Roberts

The Democratic-aligned Senate Majority PAC is spending in Tennessee this cycle, a sign that Democrats are serious about making the race competitive this fall. The group is setting up field offices targeting both left-leaning voters and conservatives discouraged by the Trump administration. Recent polls have shown a close race, with Bredesen holding a slight lead over Blackburn.

If Bredesen is preparing for a campaign about civility and bipartisanship, Team Blackburn appears ready for a fight. Blackburn’s top strategist Ward Baker has warned the race will be defined by “death by 10,000 cuts,” and argued that Bredesen’s portrayal as an aisle-crossing moderate is just a cover.

If Bredesen is preparing for a campaign about civility and bipartisanship, Team Blackburn appears ready for a fight.

On both sides, there’s been little talk about the senator they’re vying to replace. Corker has endorsed Blackburn, but also said he won’t campaign against Bredesen, someone he considers a good friend. Corker’s outspokenness against Trump has made him unpopular among Republicans; it’s unclear how much his potential appearances on the campaign trail on behalf of Blackburn would help her in the fall.

The primary is taking place on a Thursday?

This year, 47 other states are holding elections on a Tuesday. But Tennessee is an exception. The Volunteer State’s Thursday election tradition goes back to the very first state constitution in 1796, which established the “first Thursday in August” of that year and “forever thereafter” for elections for judicial and civil officers.

Researchers at the Tennessee State Library and Archives said they looked back at the journals from the state’s constitutional convention and could find no reasoning for establishing Thursday as election day. Thursday voting has been maintained in two subsequent constitution rewrites.

Tennessee is not alone. Two other states are set to hold non-Tuesday primaries this year. Hawaii votes on Saturday, Aug. 11, and Rhode Island pushed back its voting to Wednesday, Sept. 12, to accommodate the Jewish New Year, Rosh Hashanah.

All three states will hold general election voting on Tuesday, Nov. 6, the same as every other state. Since the late 1800s, Congress has mandated federal Election Day fall on the first Tuesday after the first Monday in November.