What to watch in the Arizona and Florida primaries

Voters in Arizona and Florida will cast ballots on Tuesday in some of the most competitive primaries of the 2018 midterms. In both states, voters will pick nominees for governor and the Senate, as well as for a handful of crucial House seats.

Here’s what to watch:

The issues: Ducey, an ally of President Donald Trump, has largely run on his close relationship with the president, as well as on his own record as governor. He’s taken credit for the state’s improved economy. He is expected to easily win his primary. 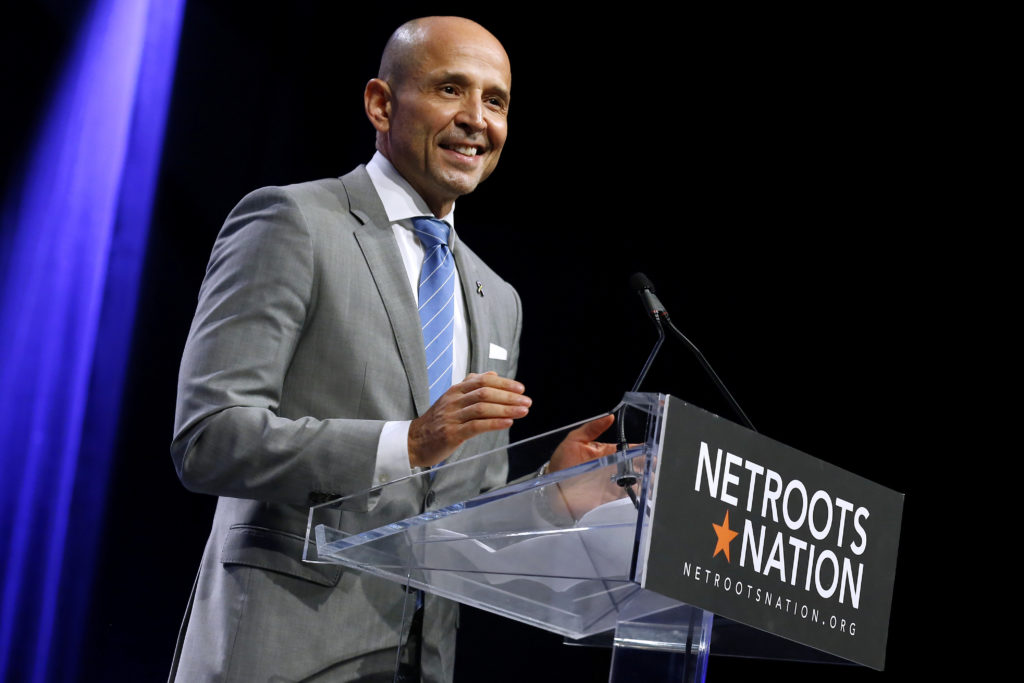 On the Democratic side, the candidates are hoping to go after the Trump administration’s immigration policies, including the fallout over separating families at the border, and the Ducey administration’s education policies in the state. In the spring, Arizona was one of a handful of states whose public school teachers went on strike over low pay and a lack of funding. Ducey eventually increased state funding, but many argue the boost was not enough.

The bottom line: Despite a growing state economy, Ducey’s strong relationship with the White House and an energized Democratic electorate may hurt him in November. Trump’s approval rating in Arizona is 30 percent among voters under age 50, and 52 percent among older voters, according to a Politico analysis. And Democratic turnout in an April special election in a GOP stronghold was larger than expected.

Still, Republicans have controlled the Arizona governor’s mansion for 21 of the past 27 years. And Ducey could benefit from the GOP’s focus this year on immigration and border security, two key issues in Arizona.

The issues: Each GOP candidate has centered their campaign around their relationship with the White House, and without an official endorsement, they have all used their different connections to Trump to their advantage. 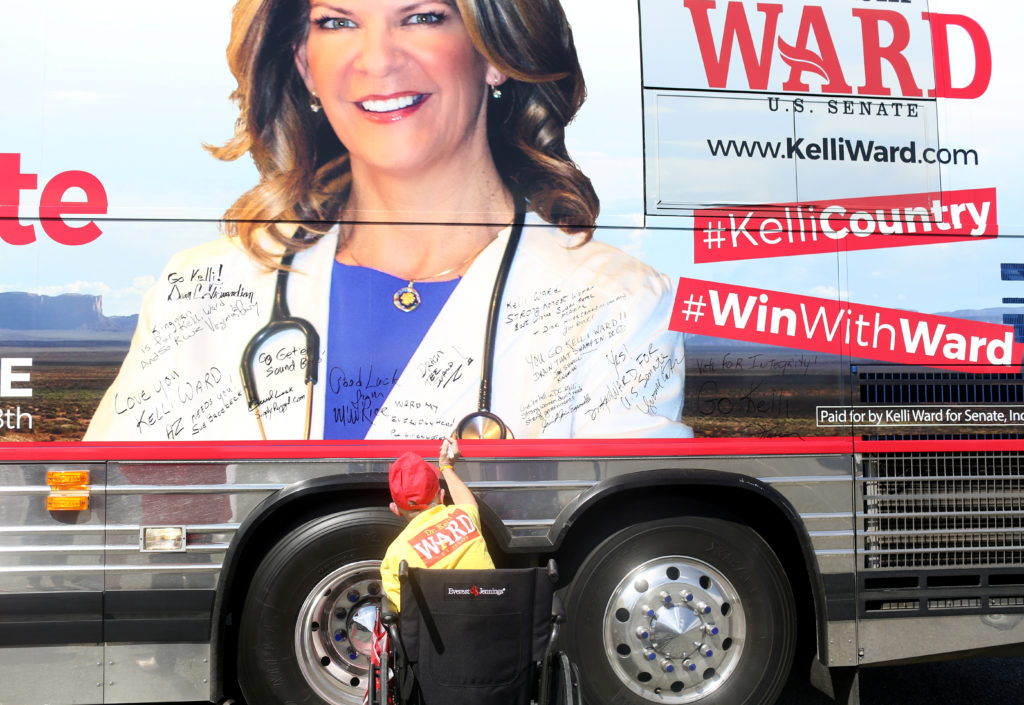 A supporter signs Kelli Ward’s campaign bus as Ward appears at the Gunsite academy in her bid to become the Republican nominee for an open Senate seat in Paulden, Arizona, on August 24, 2018. REUTERS/Conor Ralph

McSally has positioned herself as a moderate Republican while representing a district that encompasses much of Tucson. She criticized Trump after he was heard bragging about sexual assault on an “Access Hollywood” tape that was released at the end of the 2016 election. She also opposed his calls for a border wall, both during the election and after Trump took office. But in her Senate campaign, McSally has shifted to the right, fully embracing the president and his policies — including the border wall.

Ward and Arpaio have bragged about their longtime support for Trump, even before his presidential run.

Ward and Arpaio have bragged about their longtime support for Trump, even before his presidential run. Ward unsuccessfully challenged the late Sen. John McCain in the GOP Senate primaries in 2016. In this Senate bid, Ward has campaigned with conspiracy-minded, far-right personalities and visited a gun range. Arpaio gained national prominence for his hardline immigration policies as sheriff. He was convicted of criminal contempt of court in July 2017, but was pardoned by Trump earlier this year. Arpaio has struggled to gain footing in the polls with GOP primary voters, despite his statewide name recognition and vocal support for Trump in 2016. Both candidates staunchly support Trump’ political agenda, including the construction of a border wall, and opposition to sanctuary cities.

Across the aisle, Sinema is heavily favored to win the Democratic primary. The two-term lawmaker is running as a moderate who is not afraid to buck her party’s leadership. As the Republican candidates have spent the past months in a bruising intra-party battle, Sinema — with the full support of the Democratic Party — has spent millions on advertising and voter outreach targeting key independent voters.

The bottom line: It’s important to remember why this seat will be empty: Republican Sen. Jeff Flake is retiring after his term is up in January. Flake has been one of the few Republicans in Congress willing to speak out against Trump. That hurt him among voters in his home state, and faced with the prospect of losing to Sinema in a general election, he retired, saying he was “out of step” with the Republican Party under Trump. For Republicans wary of Trump, Flake’s fate serves as a warning. For their part, Democrats see Arizona as a key pick up opportunity in an otherwise tough Senate map, and Sinema is enjoying a lead against all three Republican candidates in early polls. 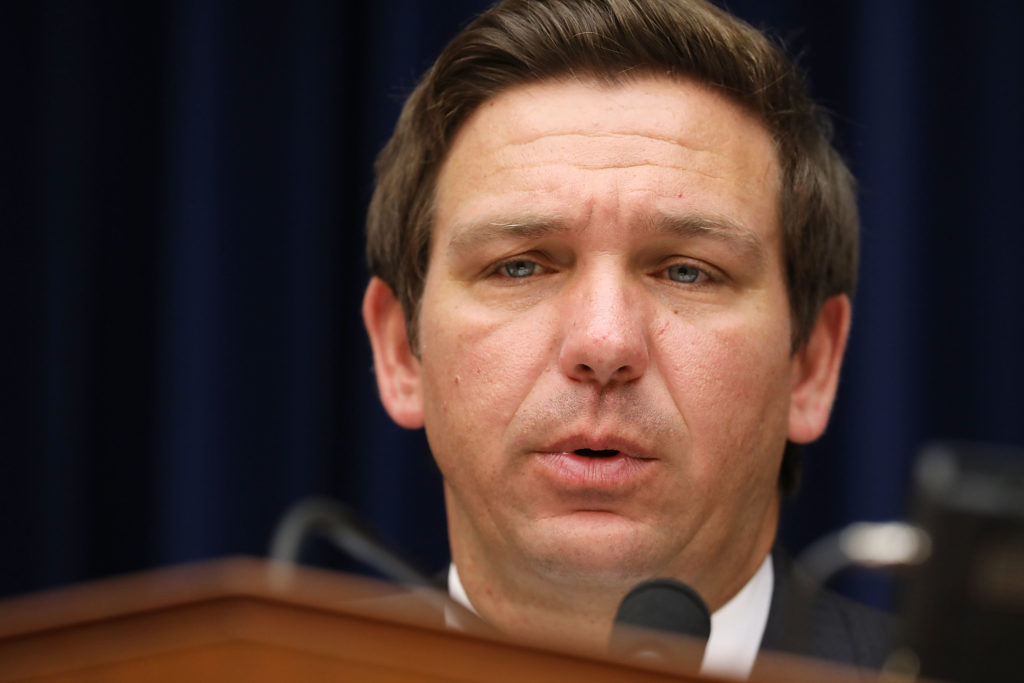 Republican Rep. Ron DeSantis, who is seeking the GOP governor’s nomination in Florida, has benefited from an endorsement from President Donald Trump. (Photo by Chip Somodevilla/Getty Images)

The issues: Putnam was the early GOP frontrunner, but has been hit by scandals on his watch as Florida agriculture commissioner. DeSantis has benefited from an early endorsement from the president, which sent his poll numbers skyrocketing.

The Democratic contenders have largely focused on increasing gun regulations in the wake of the February shooting at a high school in Parkland, Florida, as well as on supporting Medicaid expansion in the state. Graham, the Democratic frontrunner, has targeted center-left voters and suburban women unhappy with Trump and his policies. Gillum has crept up in the polls in the final days of the primary, buoyed by an endorsement by Sen. Bernie Sanders, I-Vt., and progressive activist groups like Indivisible.

The bottom line: The intra-party tensions on both sides underscore the larger issues both parties are grappling with in the midterms. On the right, a White House endorsement can boost a candidate (like DeSantis) who may not be as viable in a general election, while progressive Democratic candidates — even those polling way behind the frontrunner — have the power to shift the debate further left on issues like health care and immigration. 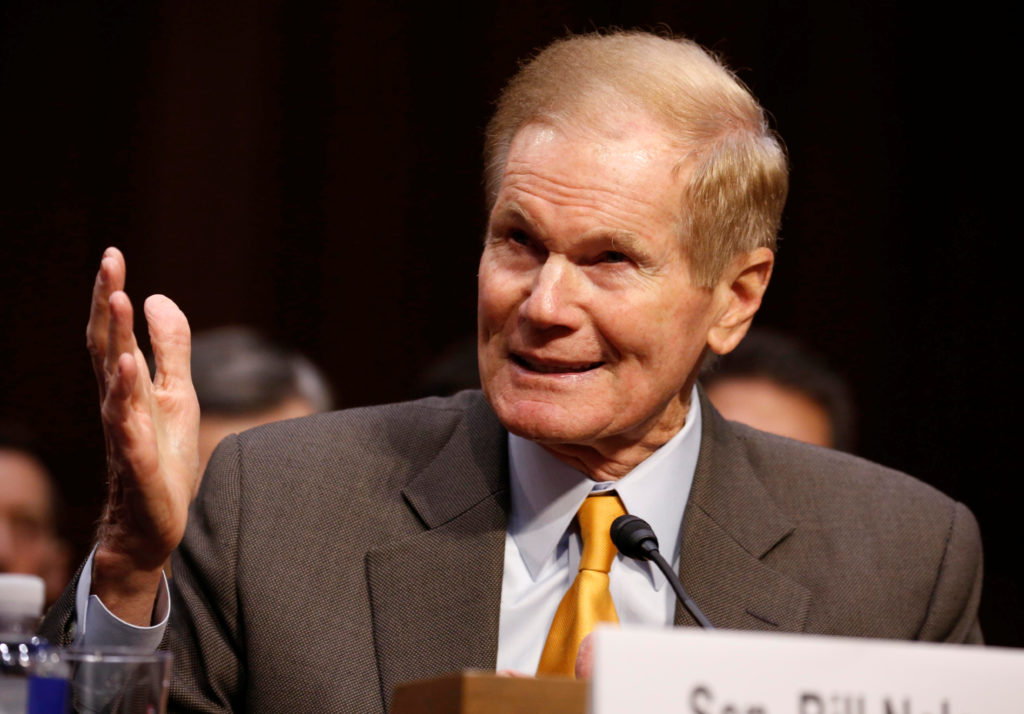 Neither party has a primary to pick their nominee for Senate. Outgoing GOP Gov. Rick Scott will face Democratic incumbent Sen. Bill Nelson on the ballot in November.

The issues: Nelson has hammered Scott for his lax environmental regulations, which he says has led to conditions like toxic green sludge in rivers and lakes across Florida. In response, the Scott campaign has highlighted his environmental track record as governor, in particular keeping oil rigs off the coastline. Scott’s close longtime relationship with Trump has certainly helped him with some GOP voters. But he is also one of a handful of high-profile Republicans willing to disagree with Trump, especially on immigration issues. Scott also bucked the Republican Party by passing new gun restrictions after the Parkland shooting.

The bottom line: Republicans have recruited weak candidates in other state primaries from Pennsylvania to Indiana. That’s not the case in Florida, especially in the Senate race, which is gearing up to be one of this year’s most competitive contests. Scott is leaving office above water in the polls and with a formidable war chest and strong statewide name recognition. National Democratic groups are planning to invest heavily in Florida and back Nelson, and are hoping an equally competitive gubernatorial race and several highly-watched congressional races will bring Democrats out in droves.

Left: An elections department sign directs Arizona voters where to cast their vote in the state's Primary on August 28, 2018 in Phoenix, Arizona. (Photo by Ralph Freso/Getty Images)