What you need to know about the massive spending, guns, and health care bill Congress hasn’t seen yet

Congress will face yet another high-stakes test this week as lawmakers race to pass a major spending bill by Friday’s deadline, in an effort to avoid a third government shutdown this year.

But lawmakers are behind in actually writing the plan, which they intended to release early last week and now won’t make public until Monday evening at the earliest, according to multiple congressional sources.

The legislation, known as the “omnibus” appropriations act, could be the broadest, most far-ranging bill Congress passes in 2018, an election year when most serious legislative action will slow by summer as many lawmakers shift into full-on campaign mode.

The bill will divvy up a $140 billion overall spending increase and potentially include measures on guns and health care. But progress has snagged over disagreements on Obamacare subsidies, abortion policy, and funding for a border wall with Mexico and a tunnel project between New Jersey and New York City, according to multiple sources involved in the negotiations.

It’s a big bill with major implications — whether it passes or collapses. Here’s a guide to what matters.

What does this mean for a possible government shutdown? Congress has three options: act with blazing speed on a massive bill, pass another short-term spending bill this week, or set off another government shutdown. The government shut down for three days in January, after Senate Democrats refused to back a spending bill in a failed attempt to protect DACA, the Deferred Action for Childhood Arrivals program. Last month, Sen. Rand Paul, R-Ky. triggered a second shutdown by holding up a spending bill, though it only lasted a few hours.

It’s a big bill with major implications — whether it passes or collapses.

I am a nerd and want more specifics on this deadline situation. Sure. In February, Congress set this deadline itself by funding the government through the end of March 23. Now, after five weeks to sort this out, lawmakers are cutting it very close. This is what the timeline this week will likely look like:

Wait. Why don’t they just pass a one or two-week funding bill now? Conservatives in particular are irate over the five short-term funding bills Congress passed since September, and have vowed not to support another such bill, known as a “continuing resolution.” Their opposition to another short-term bill means that if Republican leaders decide to go that route, they would need to combine forces with Democrats, because they wouldn’t have enough GOP votes without them. 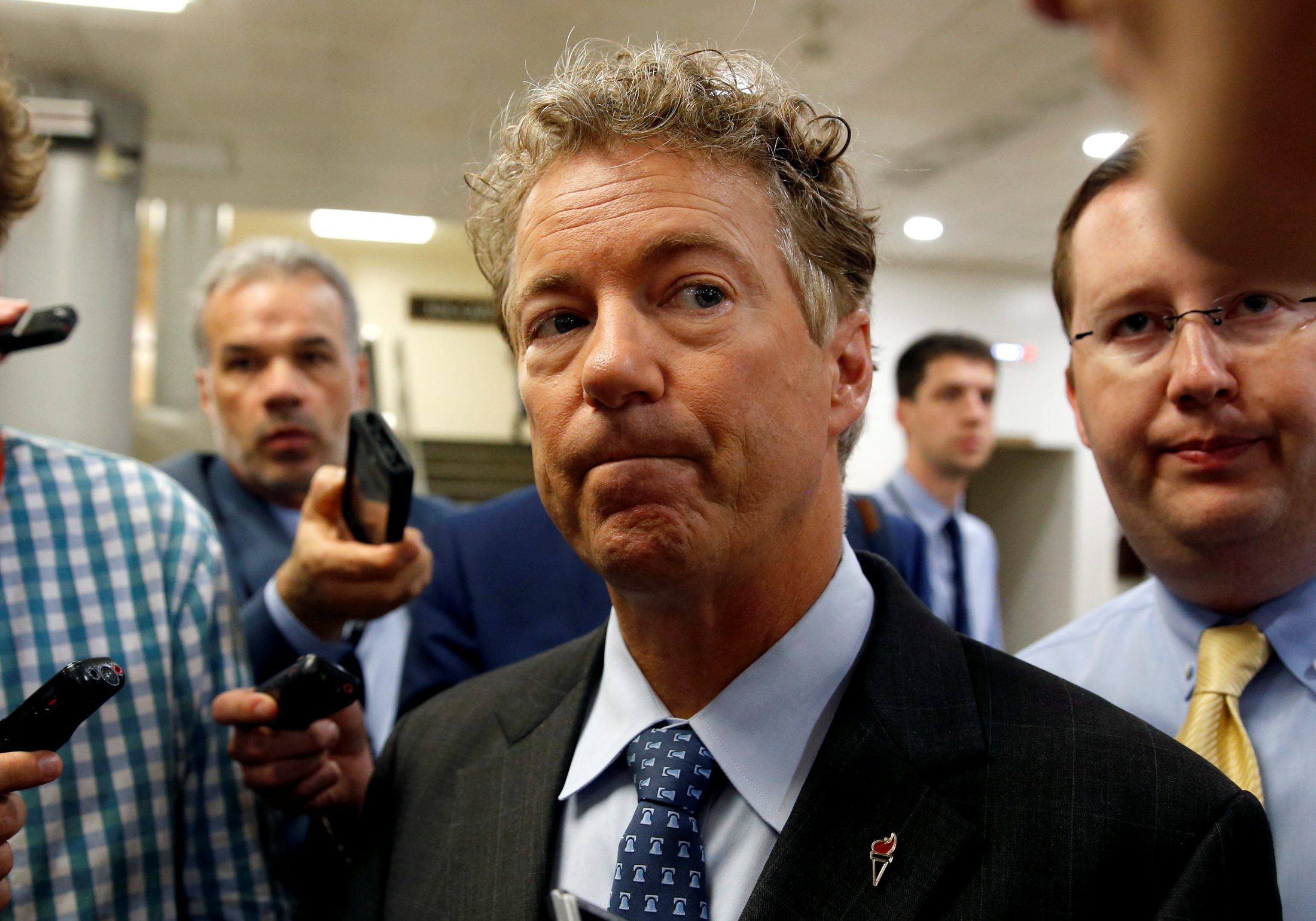 How does the gun debate fit in to all this? The omnibus spending bill may be the last must-pass legislation in Congress for many months. As a result, it’s become a magnet for unrelated proposals. Republicans in particular want to include the “Fix NICS” proposal, which would reinforce current data requirements in the background check system, and the “STOP School Violence Act”, which would help schools identify potential threats.

What about health care? This bill could affect health care costs and stability in some markets. That’s because a group of lawmakers hope to attach a measure that would pay for health care subsidies, known as “cost-sharing reductions,” which cover some patients’ co-pays and deductibles. The Trump administration stopped paying the subsidies last year, arguing it was up to Congress to resolve the issue. There is bipartisan support for the measure, but it is being tied to a debate over abortion, which has made things more complicated. (See below.)

How is abortion connected? According to sources in both parties, some Republicans are insisting that the bill must block the subsidies from funding any insurance plan that covers abortion. They see that as an extension of the Hyde Amendment, which prohibits federal funds from directly paying for an abortion. But Democrats see the GOP plan as an effort to expand the Hyde Amendment restrictions. They have pointed out that a compromise already exists under the Affordable Care Act. The health care law allows insurance plans that receive subsidies to cover abortion, but requires the cost of the abortion portion of the plan be paid for by the woman’s personal funds.

And the border wall is involved too? Yes. This bill is the president’s next and best chance to get funding for his border wall. But the issue has also emerged as a sticking point in the negotiations, several sources said. For one, Democrats see border wall funding and protecting DACA recipients as inextricably linked. For another, Republicans remain divided themselves over how to handle the issue.

Other pieces of the puzzle