House Republican leaders Thursday sent their members an immigration bill that will likely be Congress’ last significant chance before the midterm elections to address the status of “Dreamers,” family separation and other complex immigration issues.

The PBS NewsHour obtained a copy of the draft 293-page bill, titled “The Border Security and Immigration Reform Act.” Here are some highlights. 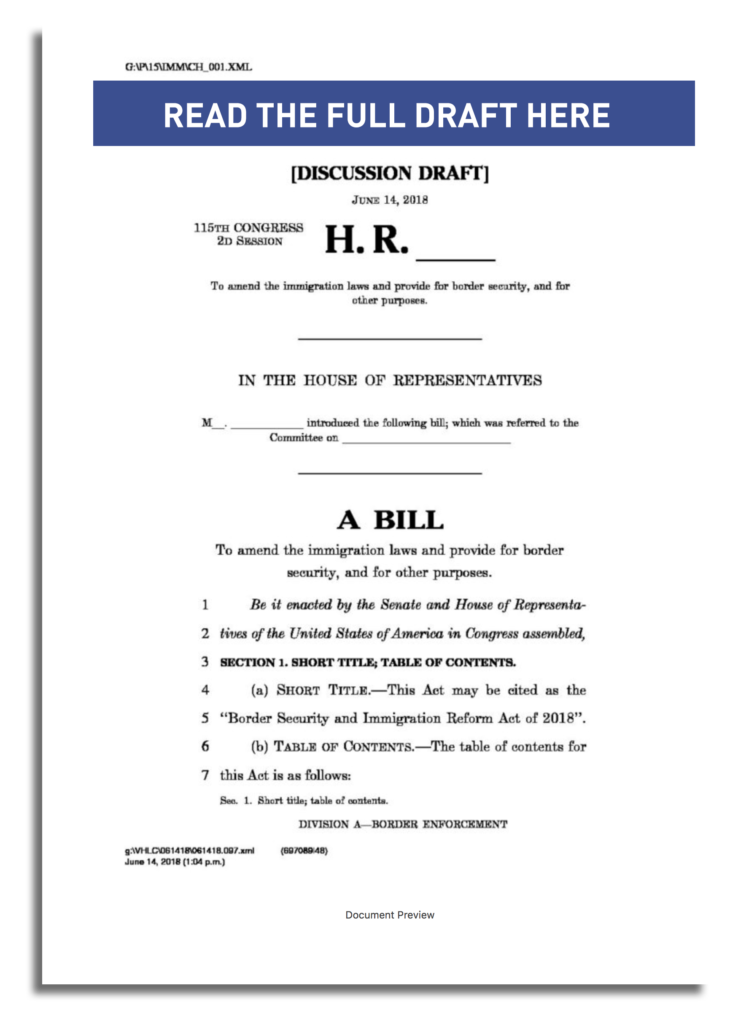