President Donald Trump on Wednesday signed an order to end the separation of undocumented immigrant children from their parents when they’re detained at the U.S.-Mexico border, but questions remain as to what exactly the order does and how it will change immigration proceedings.

More than 2,300 children have been separated from their parents since May as part of Trump’s zero-tolerance policy, which criminally prosecutes all people who have come across the border illegally, according to the Department of Homeland Security.

That policy sparked widespread outcry for what many considered inhumane treatment. Images taken at detention centers showed children being kept in large metal cages apart from their parents and ProPublica released audio of children crying for their family after being detained.

The executive order aims to address those concerns, but has also created some confusion over what happens to children who have already been separated from their parents as well as to families that will now be detained together.

What does the order do?

The executive order makes it clear the policy of zero-tolerance will remain in place “until and unless Congress directs otherwise.”

What happens to families who have already been separated?

First Lady Melania Trump traveled to Texas on Thursday to talk to people on the ground who work with undocumented children and gather ideas on how to help reunite children with their families under the zero-tolerance policy. 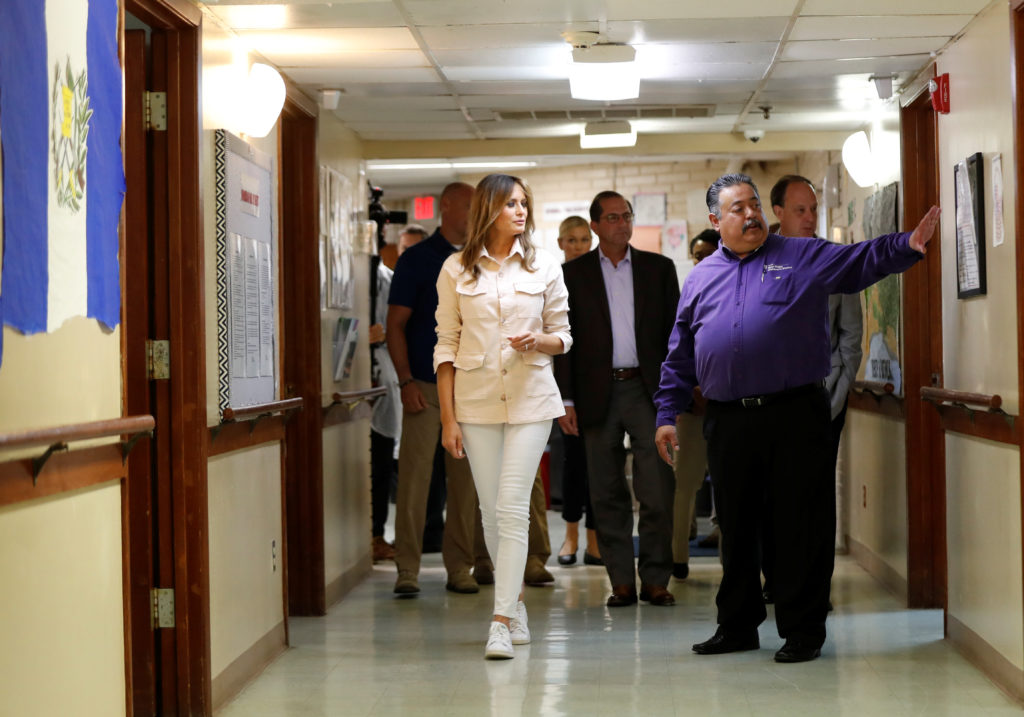 No plan has been announced.

“It is still very early and we are awaiting further guidance on the matter,” said Brian Marriott, the communications director for the division of the Department of Health and Human Services that is in charge of detaining children and later placing them with sponsors while they go through immigration court.

That worries advocates who have pointed to a number of factors that could complicate parents’ ability to find their children again. Some adults and children can’t write or read in English. Some children have been taken to different states. One in five immigrant children detained under the zero-tolerance policy are younger than 13, according to Kaiser Health News. Some children could have lost pieces of paper with relatives’ contact information, or forgotten a phone number they’d once memorized.

Plus, even if children are returned to their parents quickly, the trauma could have lifelong effects, advocates say.

Even if children are returned to their parents quickly, the trauma could have lifelong effects, advocates say.

“It’s important to recognize there’s an injury and a trauma that you inflict on these children from separating them from their parents that cannot be made up for by allowing them to play on a soccer field or making sure someone is there to read them a book,” Omar Jadwat, the director of the ACLU’s Immigrants Rights Project, told the PBS NewsHour.

Washington and eight other states announced Thursday they planned to file a lawsuit against the Trump administration over its family separation policy, saying it violated the due process rights of children and their parents. Trump’s executive order did not resolve that issue, Washington Attorney General Bob Ferguson said in a news conference. 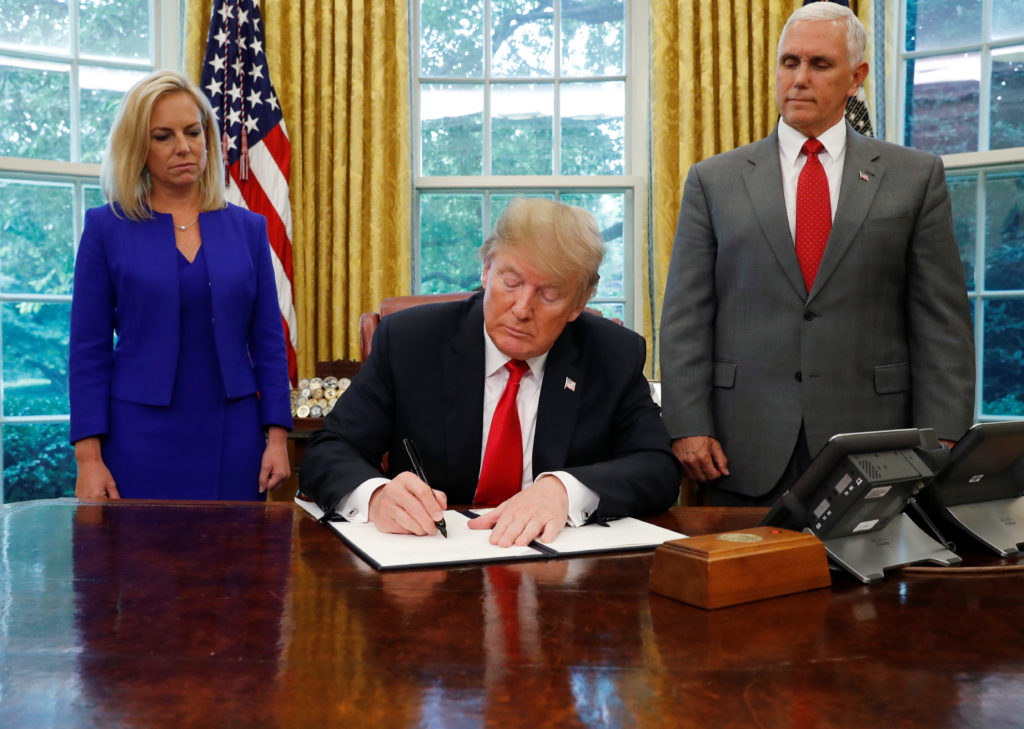 President Donald Trump signs an executive order on immigration policy with DHS Secretary Kirstjen Nielsen and Vice President Mike Pence at his sides in the Oval Office at the White House in Washington, on June 20, 2018. Leah Millis/Reuters

New York is filing its own lawsuit that alleges the family separation policy violated parental rights. Trump’s latest executive order did not address that concern, either, Gov. Andrew Cuomo said.

How long can families be detained?

The Trump administration aims to keep families detained together throughout their criminal or immigration proceedings. But that conflicts with something known as the “Flores agreement,” a 1997 court settlement that sets standards for federal detention of unaccompanied minor children. The agreement mandates that children be placed in the “least restrictive setting” possible, and also that they are held no longer than 20 days.

The executive order directs Sessions to file a request with the court in charge of the Flores settlement to allow the Department of Homeland Security to detain children with their parents for longer than 20 days. The DOJ filed that request Thursday.

It’s not clear what will happen if the court rejects that request.

On Thursday, the Pentagon said it had been asked to find space on military bases to house up to 20,000 unaccompanied children, according to the Washington Post, a strategy the Obama administration used for about 7,000 migrant children during the Central American migrant crisis in 2014. Beds would need to be available from now through Dec. 31, according to the request from the Department of Health and Human Services.

Left: A boy and father from Honduras are taken into custody by U.S. Border Patrol agents near the U.S.-Mexico Border near Mission, Texas. President Donald Trump signed an executive order Wednesday ending family separation at the border. Photo by John Moore/Getty Images