The president is calling his new plan on gun control an executive action, not an executive order. Why? Photo by Shannon Stapleton/Reuters

At an emotional speech Tuesday at the White House, President Barack Obama unveiled a series of measures to cut gun violence. Chief among them, tighter rules and more enforcement on background checks of gun buyers.

But amid the news today, many critics ignored the nuance in his choice of words. The president referred to these measures as executive actions, not executive orders. Why? And what’s the difference, anyway?

“I’ve never heard of ‘executive action’ as a special legal category,” said Eric Posner, a professor at the University of Chicago Law School and expert on constitutional law. “I think it’s more like a layman’s term for anything the executive branch does.”

An executive order is a specific type of presidential action — an official, legally binding mandate passed down from the president to federal agencies under the executive branch. Executive orders are printed in the Federal Register, according to the U.S. National Archives, and they’re numbered consecutively for the sake of keeping them straight.

On the other hand, an executive action is just that: any action taken by a president. This term is more of a catch-all, experts say. Executive actions can include executive orders, but they can also encompass presidential memorandums, proclamations, or any number of other ways the president directs the operations of the executive branch.

An executive order is a specific type of presidential action — an official, legally binding mandate passed down from the president to federal agencies under the executive branch.

“The executive order is [one type of] action. It’s a document that orders the executive branch officials to do something,” said Saikrishna Prakash, a law professor at the University of Virginia who studies the separation of powers. “They’re basically instructions about how he wants them to interpret federal law.”

You won’t find the term “executive order” in the Constitution. During the Washington era, presidents generally issued executive orders as a way to keep the public in the loop, not to direct policy, Prakash said.

Instead, the so-called “power of the pen” comes from the “vesting clause” of the Constitution, according to Posner. It grants the president “executive power,” an extremely vague term that, historically, has come to mean all the complicated administrative actions associated with the day-to-day operations of the government.

As Republicans on Capitol Hill and the campaign trail decry President Obama for sidestepping Congress to create directives on gun control, immigration and other issues, constitutional experts say it’s all legal — as long as the president has authority in that policy area, and those policies are a reasonable interpretation of court precedent.

Of course, the debate over the reach of executive power is as old as the presidency itself.

Every president — with the exception of William Henry Harrison, who died of pneumonia 32 days into his term, in 1841 — has issued an executive order, according to an analysis from the National Archives and The American Presidency Project at the University of California, Santa Barbara.

Among the most prolific with the pen: Franklin D. Roosevelt, who wrote 3,721 executive orders; Woodrow Wilson, with 1,803; and Calvin Coolidge, with 1,203. 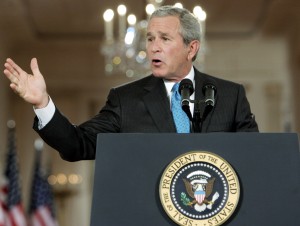 President Obama falls somewhere in the middle, with nearly 230 executive orders, according to the study. With one more calendar year remaining in his term, Obama is still behind recent two-termers like George W. Bush, who issued 291 executive orders, Bill Clinton; who issued 364; and Ronald Reagan, at 381.

After all, some executive orders can be trivial while others are far-reaching, Posner said. In President Obama’s case, the difference between an executive action and order on gun control remains murky and in practical terms may not even matter. But that won’t stop critics from trying to prove that he’s overstepped his powers.

“Unfortunately, that’s very hard to do,” Posner said. “Because there’s a lot of disagreement about what these statutes mean, what the Constitution requires, and what executive powers actually mean.”