The White House says President Donald Trump remains confident in his chief of staff John Kelly even though Kelly defended an aide who’d been accused of domestic abuse by his two ex-wives.

Spokesman Raj Shah says Trump was not aware of the allegations against former staff secretary Rob Porter until Tuesday.

Shah says Trump was surprised, saddened and disheartened by the news reports and images. Shah says that, “like many of us,” Trump “did not see that in Rob Porter.”

The spokesman also says members of the White House staff could have done a better job handling the situation over the last few days.

The PBS NewsHour’s Yamiche Alcindor reported from the briefing about some of the broader issues this raises: 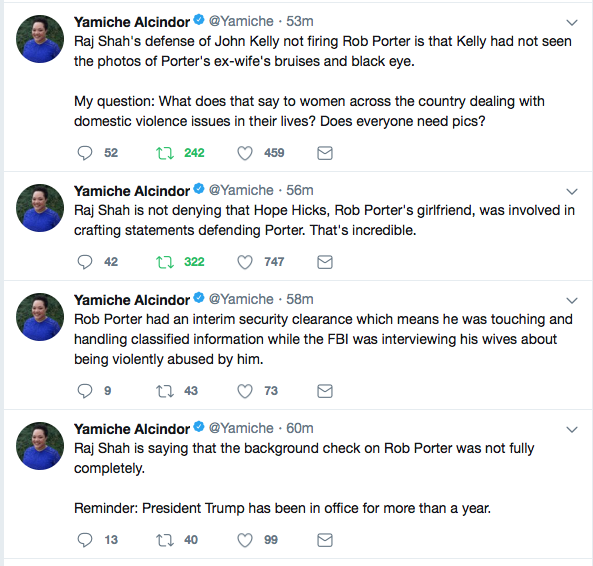 Trump talks about a shutdown over immigration, but Congress takes a different tack