Watch PBS NewsHour’s coverage of the 2016 State of the Union address in the live stream player above beginning at 9 p.m. EST, Tuesday, Jan. 12. 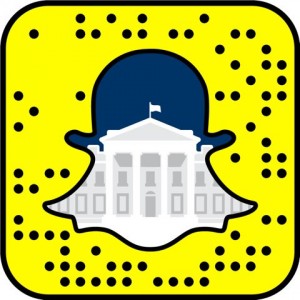 The White House is now on Snapchat!

WASHINGTON — Wired up, and ready to go.

President Barack Obama is pushing his State of the Union address further into cyberspace this year with appearances on YouTube and Snapchat.

The White House says Tuesday’s address will stream live on YouTube, giving viewers another way to watch. Then Obama will sit down Friday with three YouTube celebrities for a live interview from the East Room.

Ingrid Nilsen, a 26-year-old known on YouTube as “Missglamorazzi,” will interview the president. So will Adande Thorne, a video game enthusiast known online as “sWooZie,” and Destin Sandlin, who makes educational videos.

The White House is also debuting a Snapchat account with behind-the-scenes images of the speech.