Who isn’t running for president in 2020

With so many declared candidates, let’s take a look at some of the public figures who many thought might run for president in 2020, but decided not to throw their hats in the ring.

The former Virginia governor, Democratic National Committee chairman, and illustrious political fundraiser is the latest Democrat to announce that he won’t run for president in 2020. McAuliffe, who has identified himself as a “fiscally conservative, pro-business Democrat” with progressive social views, concluded in the end that it would be “a hard primary” for him given his moderate profile.

McAuliffe told Chris Cuomo on CNN last Wednesday that he would rather focus his energy on Virginia politics and help the state’s Democratic Party rebuild after blackface and sexual assault scandals last winter. McAuliffe did not respond when Cuomo pressed on whether he would run for governor again. (Virginia does not have a limit on the number of terms someone can serve as governor, but gubernatorial terms can’t be served consecutively).

Rumors of the former first lady, New York senator, secretary of state, and two-time presidential candidate mounting a third bid for the White House did not fade until early March, when Clinton told a local New York television station: “I’m not running, but I’m going to keep on working and speaking and standing up for what I believe.”

The former mayor of New York City and billionaire businessman laid out his rationale for not entering the race on his news platform, Bloomberg News: “I’ve come to realize that I’m less interested in talking than doing. And I have concluded that, for now, the best way for me to help our country is by rolling up my sleeves and continuing to get work done.” Bloomberg said he decided to spend the next two years funding and supporting work on issues such as climate change, gun control, public education and opioid addiction.

“While there would be no higher honor than serving as president, my highest obligation as a citizen is to help the country the best way I can, right now,” he concluded. 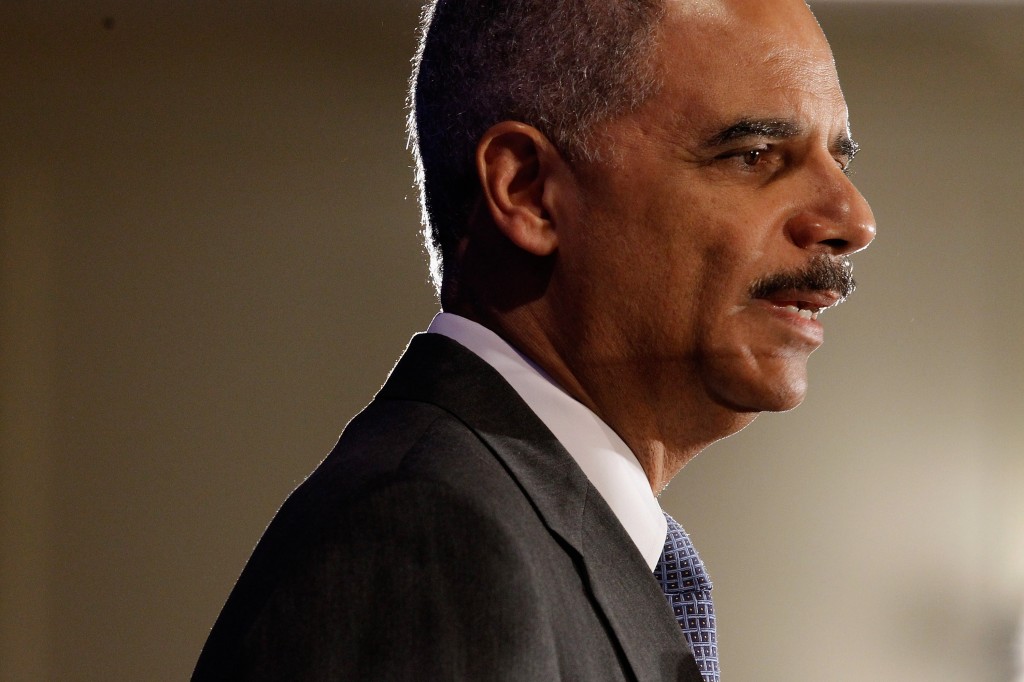 In a March op-ed, former Attorney General Eric Holder announced he would not seek the presidency in 2020, and would focus instead on his redistricting initiative. File photo by Chip Somodevilla/Getty Images

Holder, who served as U.S. attorney general under President Barack Obama from 2009 to 2015, announced in a Washington Post op-ed last month that he would not throw his hat into the ring for the Democratic presidential nomination. Instead, Holder wrote, he planned to “continue to fight for the future of our country through the National Democratic Redistricting Committee and its affiliates,” an organization created in 2017 under Holder’s chairmanship to redistrict gerrymandered electoral maps.

“I will do everything I can to ensure that the next Democratic president is not hobbled by a House of Representatives pulled to the extremes by members from gerrymandered districts,” Holder said.

The Ohio Democrat announced in the same week as Clinton, Holder and Bloomberg last month that he will not seek the presidency in 2020. Brown said he would stay in the U.S. Senate instead.

“The pull on me was always do my work here and fight for the issues,” Brown told reporters in Ohio. Brown said his “Dignity of Work” tour of early-primary states left him confident that the Democratic Party and already-declared candidates were focused on labor and workers rights, an area he felt the party fumbled on in 2016.

The billionaire media executive, talk show host and philanthropist unintentionally riled up support for a 2020 presidential run after her attention-grabbing Time’s Up speech at the 2018 Global Globes. Winfrey later told Vogue: “I would not be able to do it. It’s not a clean business. It would kill me.”