Why Democrats think health care may finally be a winning issue

“I think as people learn about the bill, and now that the bill is enacted, it’s going to become more and more popular,” Schumer said. Then he added a prediction about how lawmakers’ votes on the landmark health care bill would impact them at the polls in the midterms that fall: “By November,” Schumer said, “those who voted for health care will find it an asset, those who voted against it will find it a liability.”

Eight months later, Democrats lost 63 seats in the House, losing control of the chamber to the GOP, and six seats in the Senate. Republicans also gained control of 26 state legislatures and 29 governors’ mansions across the country.

In every election cycle from that point forward, Republican candidates promised that a vote for them meant a vote to repeal, and maybe replace, the health care law. In former President Barack Obama’s last two years in office, congressional Republicans attempted to repeal the ACA nearly 50 times, though their efforts always failed.

At the time, taking an anti-Obamacare stance was not that politically risky. In April 2014, for example, a Pew Research poll revealed that just 37 percent of Americans supported the law. The same poll showed that 64 percent of Republican voters — who overwhelmingly opposed the law — saw the ACA as “very important” to their vote in the midterms. Once again that year, the strategy worked: Republicans flipped 13 seats in the House and nine in the Senate, gaining control of the body for the first time since 2006.

How things have changed.

Eight years later, now-Senate Minority Leader Schumer’s 2010 prediction may finally come true. Democrats are running on a promise to protect Obamacare, and if they take back the House — or even the Senate, though the odds there are lower — the ACA’s growing popularity will be a big reason why.

“Democrats were worried about this issue politically in 2014,” said Leslie Dach, the chairman of the advocacy group Protect Our Care and a former counselor to the Department of Health and Human Services during the Obama Administration. “Now you can talk loudly and publicly and be for the ACA.” 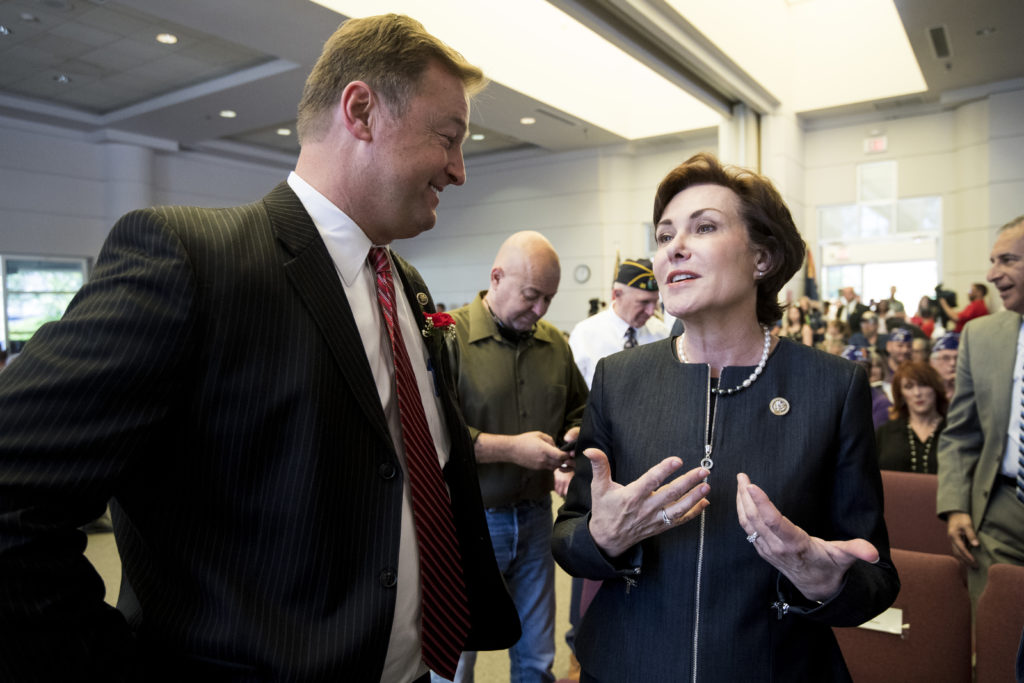 Democrats in recent elections have taken note. In 2017, Democratic gubernatorial candidate Ralph Northam ran a health care-centered campaign, promising to expand Medicaid in Virginia. Northam won, Democrats gained 15 seats in the state’s House of Delegates, and in May, Virginia became the 32nd state to expand Medicaid.

This year, examples of other Democrats following Northam’s playbook abound. In conservative Idaho, Democrat Paulette Jordan has also promised to expand Medicaid if she gets elected as governor. In Nebraska’s second congressional district, Medicare-for-All supporter Kara Eastman beat her moderate opponent in the Democratic primary. And in response to Trump’s nomination of Brett Kavanaugh to the Supreme Court this week, Democrats immediately latched onto his opinions on health care, including his opposition to the ACA, and calling on voters to think about what it means to them ahead of the midterms.

The trend extends to state legislatures as well. Health care loomed large in many of the 44 state seats Democrats flipped since the 2016 election, according to Jessica Post, the executive director of the Democratic Legislative Campaign Committee, the party’s lead group focused on state races. Especially at the state level, the issue for many voters is personal, Post said.

The ACA remains divisive, but the days of a vast majority of Americans opposing it appear to be over.

The strategy hinges on championing Obamacare’s benefits, while blaming its flaws on Republicans and the Trump administration’s efforts to undermine the law. Premiums for people who receive health care through the ACA exchange are expected in spike this fall, just before the midterms, and Democrats are reportedly planning to seize the moment to highlight their claim that the law has suffered under Trump and the GOP.

Republicans’ trajectory on Obamacare since it passed in 2010 is very different.

When Sen. Ted Cruz, R-Texas, launched his first Senate bid in 2012, for example, repealing the ACA was his first campaign promise. Now, as Cruz runs for re-election, there’s no sign of his views on the health care law on his campaign website. 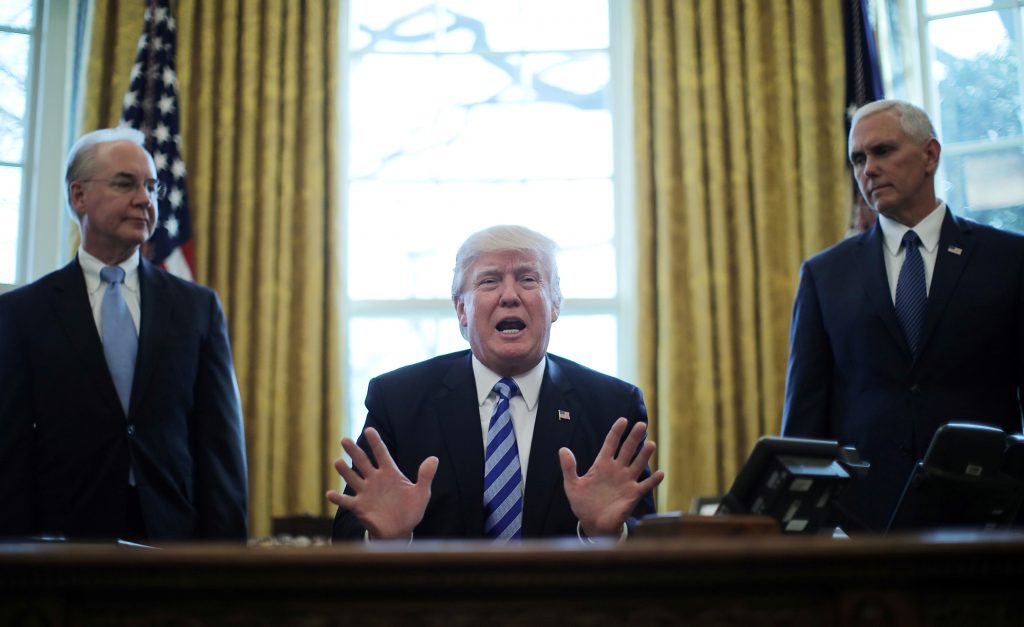 The GOP’s quiet backpedal comes after a disastrous attempt to undo the law in President Donald Trump’s first year in office. After several starts and stops, the Republicans’ effort to repeal the law failed in dramatic fashion last summer with Sen. John McCain’s“no” vote, delivered days after the Arizona Republican was diagnosed with brain cancer. Since then, Republicans have proposed a handful of other health care-related bills, but most haven’t gained much traction.

Republicans did manage to score one significant blow to the ACA last year, when they included a repeal of the individual mandate in the tax reform bill that passed in December. Still, it was short of what many Republicans — including Trump — had promised.

“There’s been a general dialing down of the repeal and replace rhetoric from Republicans since they failed [to do so] in 2017,” James Capretta, a health care policy fellow at the conservative American Enterprise Institute, said. “I think they look at the political landscape and securing the vote for a pretty significant change at this point will be difficult.”

Indeed, at the end of last year, Senate Majority Leader Mitch McConnell, R-Ky., told NPR he was ready to “move on to other issues” besides health care in 2018. True to his word, McConnell hasn’t renewed the health care debate this year, instead focusing on immigration and budget battles, among other issues.

Democrats have worked to keep health care on the forefront of voters’ minds throughout 2018.

Now, as the midterms approach, Republicans will likely focus even more on the party’s accomplishments since Trump took office. As Capretta of AEI put it: Republicans are “better off running on the benefits of the economy, the tax bill, immigration.”

Democrats, on the other hand, have worked to keep health care on the forefront of voters’ minds throughout 2018 — and they’ve stepped that up in response to Trump’s nomination of Kavanaugh.

“Judge Kavanaugh got the nomination, not because he’ll be an impartial judge on behalf of all Americans,” Schumer said Tuesday. “But because he passed President Trump’s litmus tests: repeal women’s freedom for their reproductive rights, and repeal people’s health care, including the protections for pre-existing conditions.”

This latest threat to the health care law has energized liberals. Hundreds of people protested the nomination outside of the Supreme Court Monday night. The progressive group Indivisible said it has held events in 27 states since Monday protesting Kavanaugh’s nomination and urging senators to vote against his confirmation. 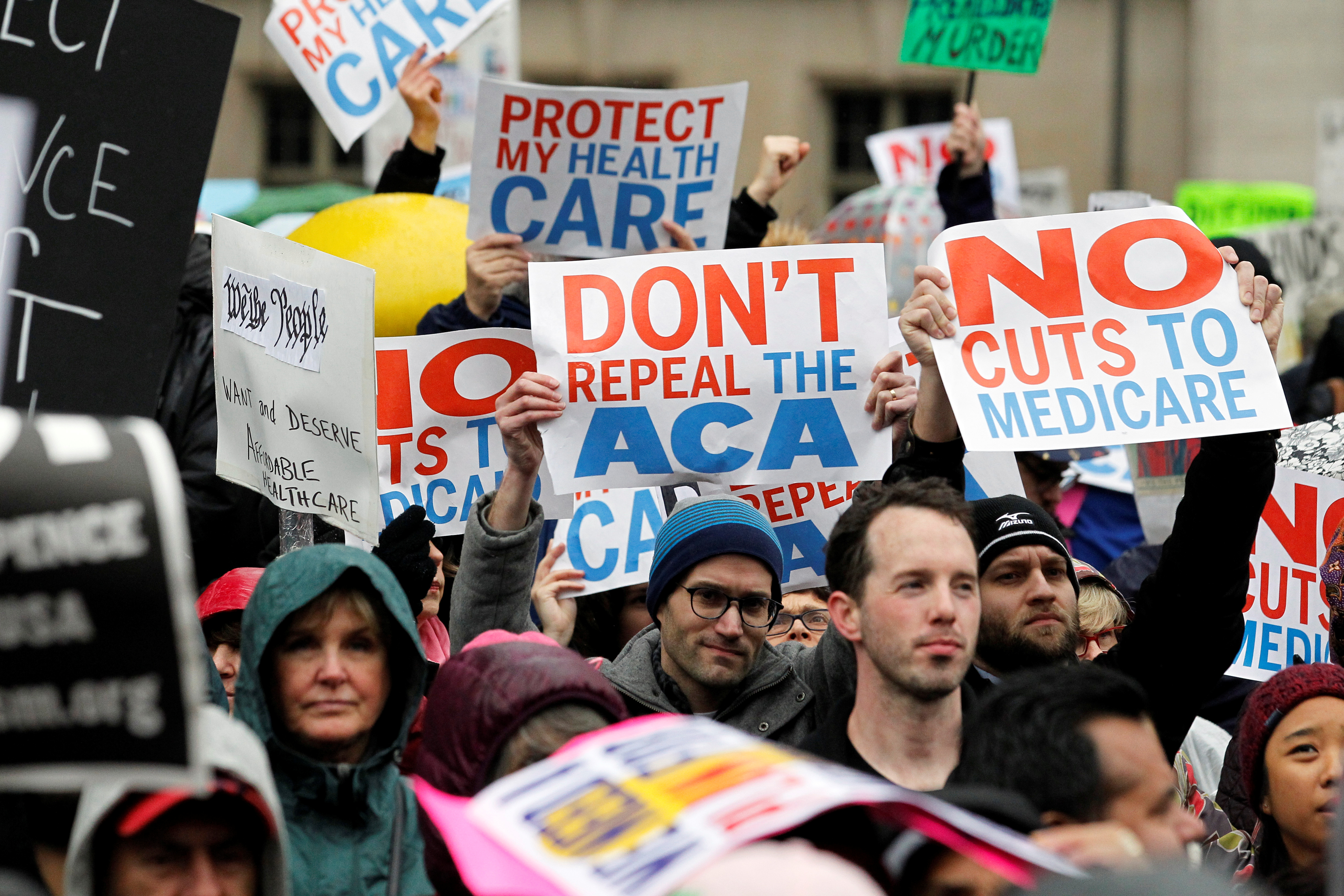 Even before Kavanaugh’s nomination, vulnerable red state Democrats, like Sen. Claire McCaskill of Missouri, placed an emphasis on health care in their re-election campaigns, seeking to take advantage of polling that shows voters trust Democrats over Republicans when it comes to health care. According to a Pew survey released last month, 48 percent of voters believe Democrats do a better job of handling health care, compared to 32 percent of voters who feel the GOP has a better handle on the issue.

Republicans argue that voters will see through the Democrats’ efforts to take credit for some aspects of the law without owning it entirely. Another challenge: Democrats aren’t fully unified on health care policy, which has muddled their messaging effort.

Whereas moderate Democrats have largely focused on strengthening Obamacare, a growing wave of progressive candidates have also backed Medicare-for-All proposals, highlighting the rift between the party’s establishment and far-left wings. Backing universal health care might have worked in Democratic primaries, but it could backfire with moderate and independent voters in the general election this fall.

That prospect hasn’t stopped Democrats from honing in on health care, and reminding voters where Republican lawmakers stand on the law.

Nevada is a good case in point. GOP Sen. Dean Heller, one of the most vulnerable Republicans up for re-election this year, voted against the first ACA repeal attempt in 2017, a vote seen by many as an effort to assuage moderates opposed to the bill. But Heller later voted for the more conservative “skinny repeal,” which would have removed the individual mandate, among other changes.

This year, Heller has focused on taxes and immigration. But his Democratic opponent, Rep. Jacky Rosen, has hammered him over his flip-flip on health care, and the attacks will likely only intensify as the midterms heat up.

Dach, from the group Protect Our Care, said the midterms are offering proof that Republicans picked the wrong side on Obamacare.

“If you want to take something away from people, things become clear,” he said. “People saw how it has changed their lives from a time when they couldn’t get health insurance.”

Left: Senate Minority Leader Chuck Schumer, D-N.Y., speaking with Senate Democrats during a news conference to "save women's reproductive rights and health care protections," in front of the Supreme Court, on July 10, 2018 in Washington, DC. (Photo by Al Drago/Getty Images)