As Pelosi climbed the dais, they gathered in the aisle of the Democratic side of the House, raising their voices and hands as other members raised their cell phones and recorded the moment.

Most women on that side of the House chamber were wearing the color favored by suffragettes and the president’s opponents who want him to see them from the dais. 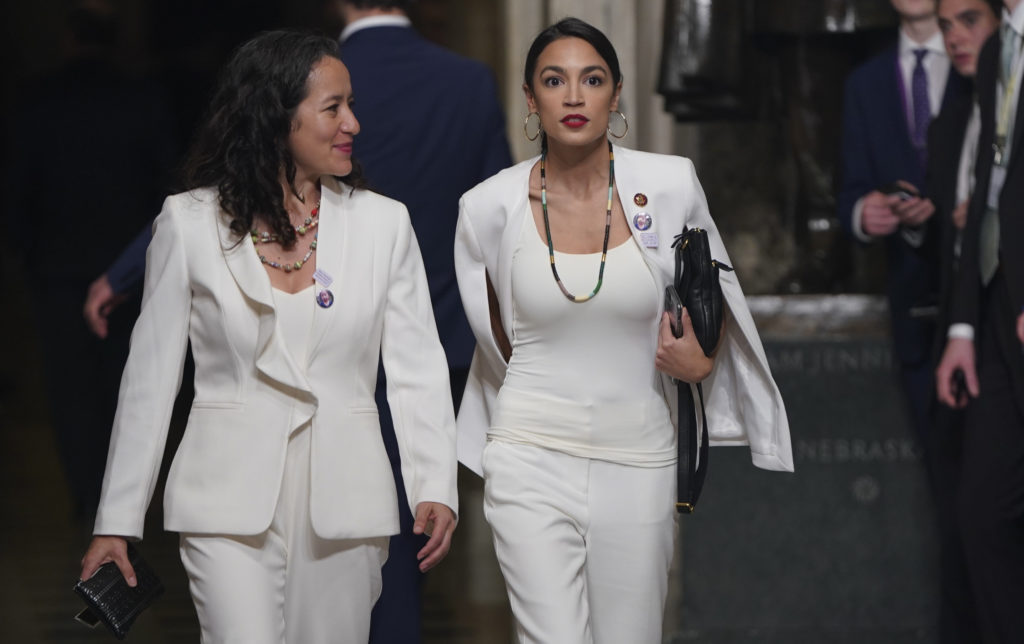 Rep. Alexandria Ocasio Cortez, D-New York, arrives with guest Ana Maria Archilla of New York, before U.S. President Donald Trump delivers his second State of the Union address to a joint session of Congress in the House Chamber of the U.S. Capitol. Photo by Joshua Roberts/Reuters

The palpable excitement comes after the November elections sent a record number of women, most of them Democrats, to Congress.

Left: Speaker of the House Nancy Pelosi, D-Calif., stands with Democratic women House members during a photo-op recognizing suffragettes before the State of Union address on Capitol Hill. Photo by Joshua Roberts/Reuters