Why Ted Cruz is a pariah among fellow Republican senators

Worse than that, many GOP lawmakers and aides fear the Texas senator could ruin Republicans’ chances of hanging onto control of the Senate in November’s elections, alienating voters in a half-dozen key swing states with his hardline stances on issues from immigration to abortion.

And yet, these fellow Republicans say they’re essentially powerless to stop him. Any attempt to weaken Cruz in his primary campaign against Donald Trump and other GOP candidates risks bolstering his argument that he’s running against the “Washington cartel.” So there’s little Senate Majority Leader Mitch McConnell and other Republicans can do beyond watch in dismay as Cruz, isolated and boxed out in the clubby Senate after repeatedly angering colleagues, rises in the polls in first-voting Iowa and elsewhere.

With Cruz as the nominee, “state and local races that take place in ideologically moderate electorates could be a bloodbath,” says Josh Holmes, McConnell’s former chief of staff and a GOP strategist. Vulnerable Republican senators are partly insulated by strong campaign organizations, “but there is no question their job could get tougher,” Holmes says.

In the presidential primaries, Cruz has attempted to make a virtue of his rejection by the Washington establishment, and his allies say he will actually help fellow Republicans by energizing the base and turning out evangelicals and others.

One of his favorite lines on the stump is quoting a newspaper article that, according to him, said, “Cruz can’t win because the Washington elites despise him.”

“He’s a very rock-ribbed conservative and very intelligent young man, very knowledgeable, put it that way,” says Republican Sen. Orrin Hatch of Utah. “And I haven’t seen any great desire on his part to really bring the party along with him so that’s something that worries me. … I think it would help him a lot if he would learn how other people feel and work with other people a little bit better, and I think that naturally will occur.”

Some GOP lawmakers and pollsters view Cruz as more problematic than businessman Trump, since Trump might have more cross-over appeal to independents. Polling shown to House Republicans recently identified Cruz as the most difficult presidential nominee for any of them to share a ballot with.

“”He would definitely be a negative,” said GOP Rep. Pete King of New York, who represents an evenly divided Long Island district. King dismissed Cruz as a “fraud” and said, “I don’t know of anyone else in Washington, certainly, who gets this opposition from his own people. … I’m talking about people as conservative as he is who just can’t stand him.”

In one clear barometer, four GOP senators have endorsed Florida Sen. Marco Rubio’s bid for president, while none has backed Cruz.

On the other hand, Sen. Rob Portman of Ohio, one of the most vulnerable Republican incumbents this year, says, “If you run a good campaign and let people know what you stand for, you don’t have to worry as much about the top of the ticket.” 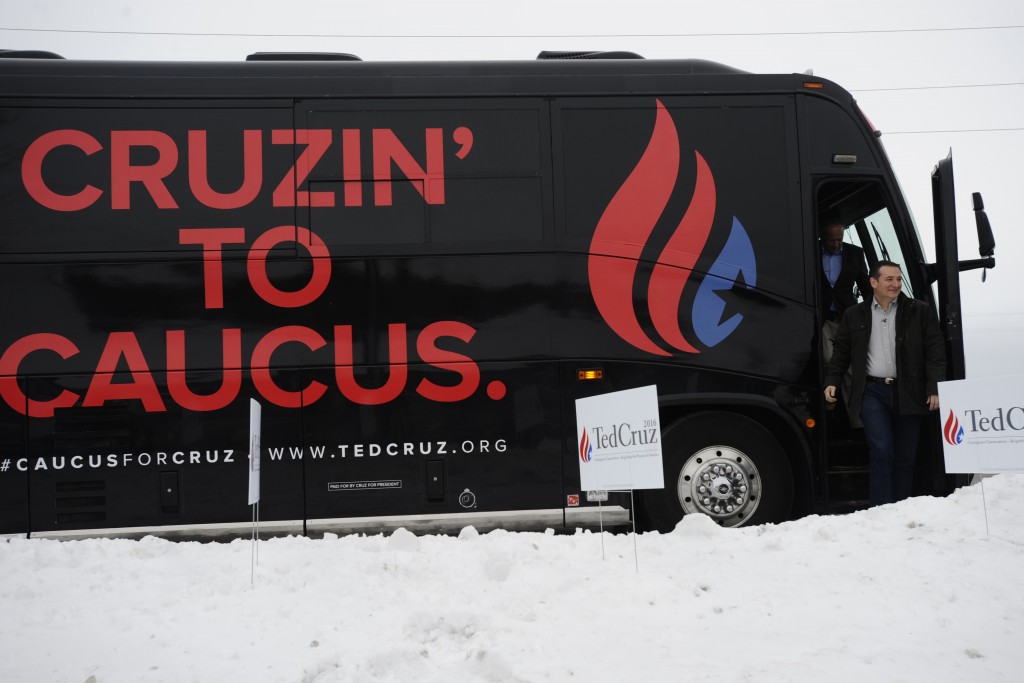 Still, Cruz has become such a pariah that one of his colleagues, Sen. Richard Burr of North Carolina, told supporters at a campaign fundraiser for his own re-election that he would vote for liberal Sen. Bernie Sanders for president before Cruz, according to one person who attended the event. Burr did not appear to be joking, said the person, who demanded anonymity to discuss the private gathering.

The negative reactions started shortly after Cruz arrived in the Senate in 2013. During a confirmation hearing for former GOP Sen. Chuck Hagel as secretary of defense, Cruz implied, without offering evidence, that Hagel had received compensation from North Korea. That drew rebukes from fellow GOP Sens. Lindsey Graham of South Carolina and John McCain of Arizona.

Later that year, Cruz pushed for confrontation with President Barack Obama over the new health care law, coordinating with tea party conservatives in the House. Their strategy resulted in a 16-day partial government shutdown that caused the GOP’s poll numbers to temporarily plummet.

In December 2014, Cruz again infuriated fellow Republicans when he kept the Senate in session in a failed bid to oppose Obama’s immigration policies. This had the result of allowing Democrats to confirm a raft of Obama nominees, mostly lifetime judicial choices, who might otherwise have languished.

Last year, in a dramatic breach of decorum, Cruz delivered a floor speech in which he accused McConnell of lying about scheduling a vote on the federal Export-Import Bank. Senate leaders were livid and went so far as to block Cruz’s routine request for a roll-call vote, something all but unheard-of.