Who is Wilbur Ross, Trump’s selection for commerce secretary?

President-elect Donald Trump on Wednesday nominated Wilbur Ross, a billionaire investor known as the “king of bankruptcy,” to head the Department of Commerce.

Ross, 79, is the chairman and chief strategy officer for WL Ross & Co., a private equity firm that restructures companies in financial straits. Ross, whose net worth is estimated at $2.9 billion, largely made his money from investments and his time at the financial advisory group Rothschild Inc., where he worked for 24 years before starting his own investment firm.

During the campaign, Ross was Trump’s chief economic adviser on trade policy.

If Ross is confirmed by the Senate, he would become a key player in implementing Trump’s economic agenda. On the campaign trail, Trump promised to create 25 million new jobs in the next decade and achieve 3.5 percent economic growth per year — substantially higher than the 2.4 percent GDP increase the country experienced in both 2014 and 2015.

“Wilbur knows that cutting taxes for working families, reducing burdensome government regulations and unleashing America’s energy resources will strengthen our economy at a time when our country needs to see significant growth,” Trump said in a statement.

In a statement released by the Trump transition team on Wednesday, Ross said he was looking forward to working “especially closely” with Steve Mnuchin, a financier who was nominated on Wednesday as treasury secretary, to “implement the President-elect’s strategy for accelerating our economic growth.”

During the campaign, however, Ross and Trump did not always see eye-to-eye. In an interview with CNBC last June, Ross said he did not take all of Trump’s campaign promises literally — such as a claim, which Trump later retracted, that he could eliminate the country’s $19 trillion debt in 10 years.

“If you add up all the promises any politician makes, the math doesn’t work,” Ross said at the time. “Hillary Clinton’s math doesn’t work, Donald’s math probably doesn’t work. I think you have to listen to their campaign pitches more as symbolic, more as metaphors.”

Ross has restructured more than $200 billion in liabilities, often for steel, textile and coal mining companies. At times, he has come under scrutiny for those investments.

In 2006, 12 miners died in an explosion at a West Virginia mine owned by Anker Coal. Ross’ company bought an ownership stake in Anker Coal shortly before the company went bankrupt in 2002, and reportedly refused to stop production at the Sago mine despite knowing that the mine needed roof repairs.

Another one of Ross’ notable clients was Donald Trump himself.

In 1990, as Trump was facing more than $3 billion in debt and on the verge of personal bankruptcy, he brought on Ross to help navigate his financial troubles.

Ross originally considered a move to force Trump’s Taj Mahal casino into bankruptcy, but after spending more time with Trump, Ross, who represented bondholders of the casino, said he changed his mind.

“We could have foreclosed [on the Trump Taj Mahal], and he would have been gone,” Ross told the New York Post earlier this year.

Instead, Ross helped Trump and his debt-holders strike a plan that required Trump to liquidate some of his assets and tighten his budget, while lowering his debt and avoiding a total collapse of his real estate empire. 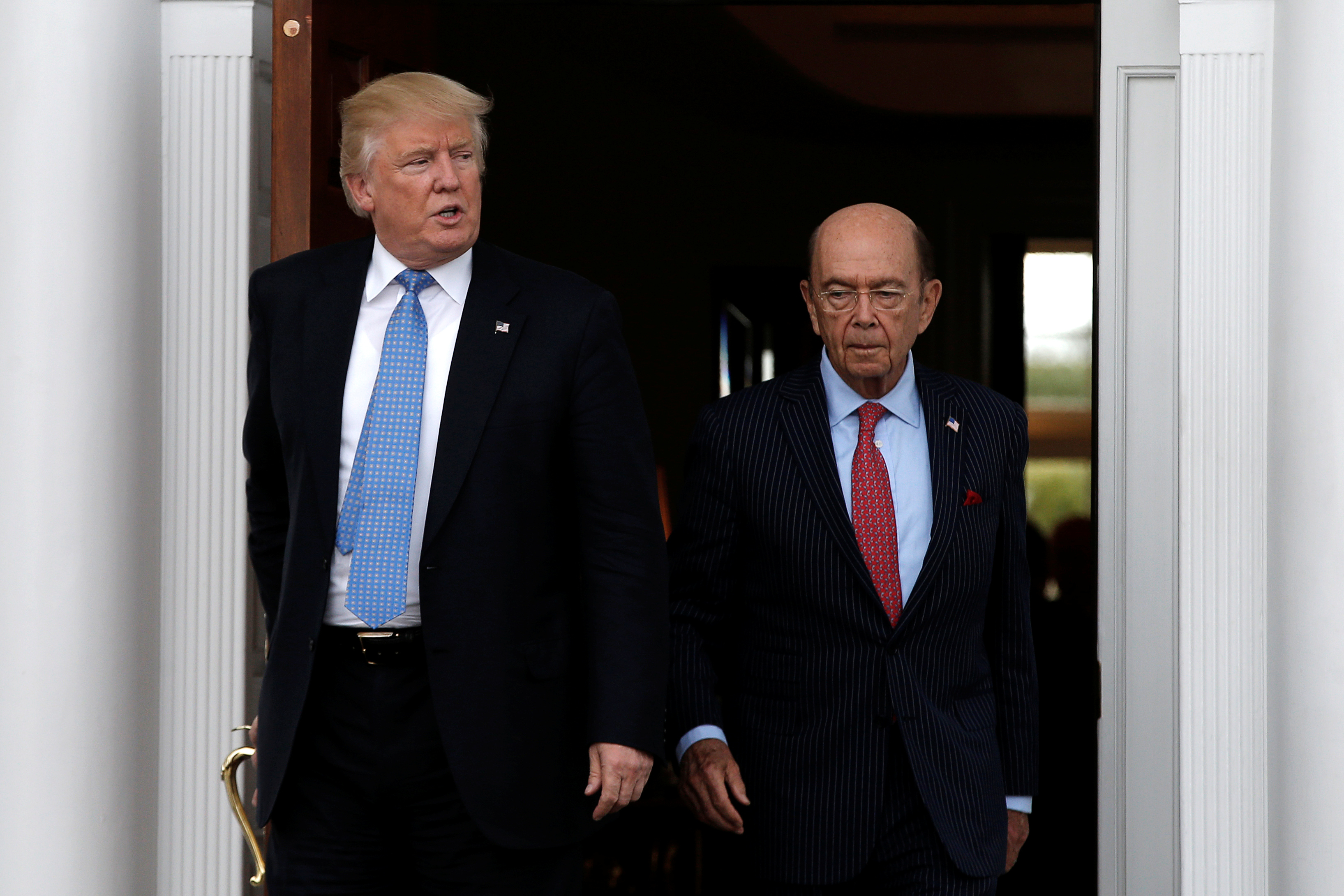 In addition to Trump, Ross has ties to other prominent Republicans. Ross served as an economic adviser to former New York Mayor Rudy Giuliani, a Trump supporter who is under consideration for Secretary of State. Ross was also a board member of the U.S.-Russia Investment Fund under President Bill Clinton.

Ross has also become a prominent Republican donor. He served as a trustee on Trump’s fundraising committee during the campaign, and also donated money himself.

Ross personally gave the maximum allowed individual donation of $5,400 to Trump’s campaign, and another $139,145 to the Republican National Committee, according to the Center for Responsive Politics, a nonpartisan group that tracks campaign spending.

Allen Sinai, the chief global economist and strategist of Decision Economics, a research firm, said even though Ross is a financial insider, he brings an outsider’s perspective on politics.

“Ross is bringing business savvy, bottom line, roll-up your sleeves knowledge on how the world really works, and I think that is a breath of fresh air for Washington,” said Sinai, who has advised both Republican and Democratic administrations.

Sinai also touted Ross’ international business experience, though he noted that Ross has less experience in the growing high-tech sector.

“That’s a weakness in his skill set, but we’ll see whether he builds a team around him who are much more knowledgeable in that world,” Sinai said.

Others criticized Trump’s decision to nominate Ross and other business leaders, like Mnuchin, to serve in his cabinet.

“Donald Trump continues to stack his administration with the same insiders and financial elites he railed against during the campaign,” said Mark Paustenbach, the press secretary for the Democratic National Committee.