If you happen to be running for political office, your family name can be an asset.

And during this year’s election season when standing alongside President Obama can be seen as a liability, some Democratic candidates are instead campaigning with other political figures close to home: Parents, brothers, sisters, uncles and anyone who has served elected office before them.

One popular way for politicians to stand by their families has been to hit the airwaves.

Georgia Democratic Senate candidate Michelle Nunn is new to the political arena. So who else better to vouch for her than her father? Sam Nunn spent more than two decades in the Senate and was chairman of the Senate Armed Services Committee.

Alaska Sen. Mark Begich evokes the memory of his deceased father Nick Begich, who disappeared in plane crash while en route to a campaign fundraiser for a second term in the U.S. House of Representatives. Sen. Begich was only 10 years old when he lost his father.

Louisiana Sen. Mary Landrieu has rolled out three campaign ads where she playfully banters with her father, Moon Landrieu, who was the mayor of New Orleans and then went on to serve as secretary for the U.S. Department of Housing and Urban Development in the Carter Administration.

And It’s not just Landrieu senior who’s hitting the campaign trail for his daughter. Mary’s younger brother Mitch is currently the mayor of New Orleans and has headlined several of her campaign events.

These are just a few of the contemporary examples of family legacies. Prominent political families in American politics reach as far back as the late 1970s with the Adams then the Harrisons – each family produced two presidents. And don’t forget the Roosevelts of New York; the Tafts of Ohio; the Kennedys of Massachusetts; and the Bushes of Connecticut, Texas and Florida.

In today’s noisy campaign season of multiple debates, round-the-clock news coverage, and unrelenting campaign ads – a family name can cut through the clutter and the competition.

“It really gives you a leg up on the competition. It really tells voters what they can expect; who you are; where you may stand or sit on various issues,” said Jeanne Zaino, a professor of professor of political campaign management at NYU. “As you try to break through and as you try to connect with voters, connecting in almost any way you can is important, and that name is going to matter. It’s a brand name.”

Zaino says for voters who haven’t done their homework, a familiar family name is a valuable nudge at the polling station.

The name nudge can also help open wallets, says Zaino. “In a process which takes a lot of money and a lot of connections, certainly today, it helps to be able to say to a donor you’re gonna need to rely on that, ‘I’m a Kennedy. I’m a Clinton. I’m a Bush.’” 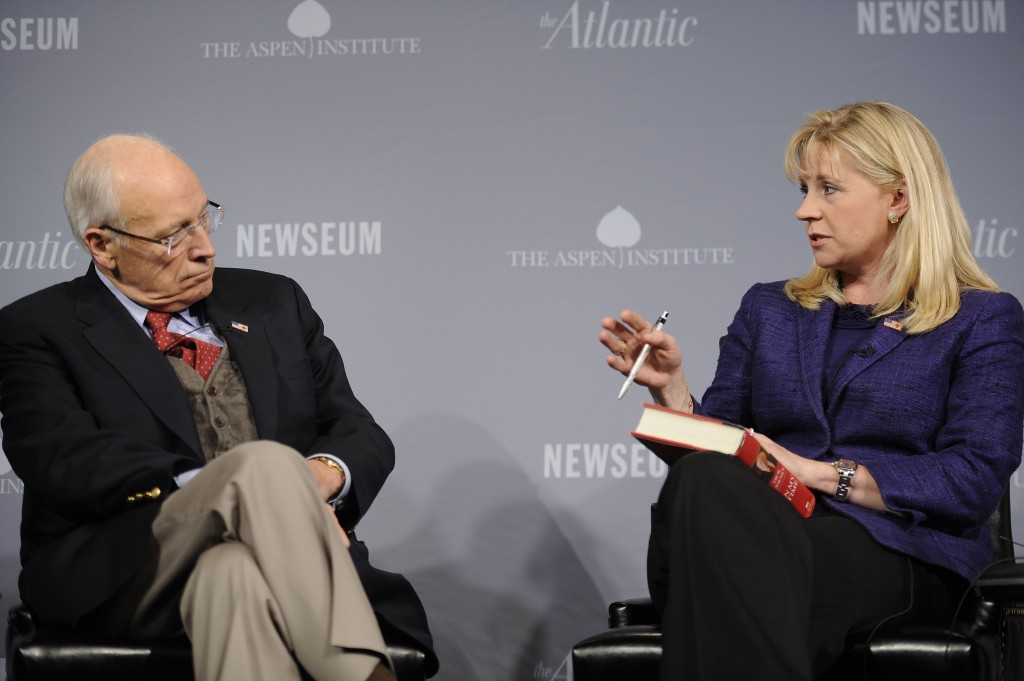 Last year, Liz Cheney, the daughter of former Vice President Dick Cheney, mounted a primary challenge to become Wyoming’s senator. After a public dispute about same-sex marriage with her gay sister Mary as well as questions about her short residency in the state, Liz dropped out of the race.

In Colorado, Republican congressman Cory Gardner went after Sen. Mark Udall’s family legacy by tapping into the anti-Washington sentiment. Rep. Gardner says in his campaign ad about Sen. Udall, “He’s a nice guy who will never change the Senate. He is the Senate. Eighteen years in politics, and he’s got two cousins who are senators, too. Mark Udall’s dad even ran for president.”

And while Sen. Mary Landrieu’s last name helped get her elected to the state legislature at the age of 23, her later run for governor did not translate into a victory. Landrieu’s father Moon said there’s only so much a political parent can do.

“When my daughter ran the first time and with each of my children, what I told them is, ‘I will walk with you. I will help you. I will try to open doors for you,” he said. “But you got to walk through that door yourself, and it’s what you put forth that’s going to elect you. Not me.’”