On the anniversary of the HealthCare.gov launch, it’s worth looking back at how the law has fared with the public. Overall, it has remained unpopular, a notion that solidified with the botched rollout of the website in October 2013.

Views of the law had begun to tighten in 2012 in the run up to the presidential election. Democrats closed ranks behind President Obama, who campaigned for reelection, in part, on his signature legislative achievement.

The law — and the president — also received a boost in June 2012 when the Supreme Court declared the law constitutional by a 5-to-4 margin. In fact, at three points that year, according to a tracking poll conducted by the Kaiser Family Foundation, the law was a net-positive, viewed more favorably than unfavorably, for the first time in almost two years. 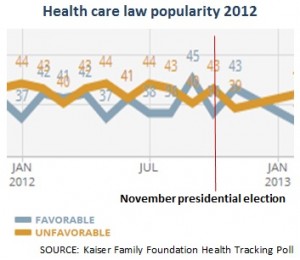 At the end of 2012 and into the beginning of 2013, views of the law were almost evenly split. But a real fork in the road of public opinion emerged after October with the site rollout. As bad news about crashes, slowness and overall inoperability consumed daily news coverage, public opinion of the law really began to take a nosedive. 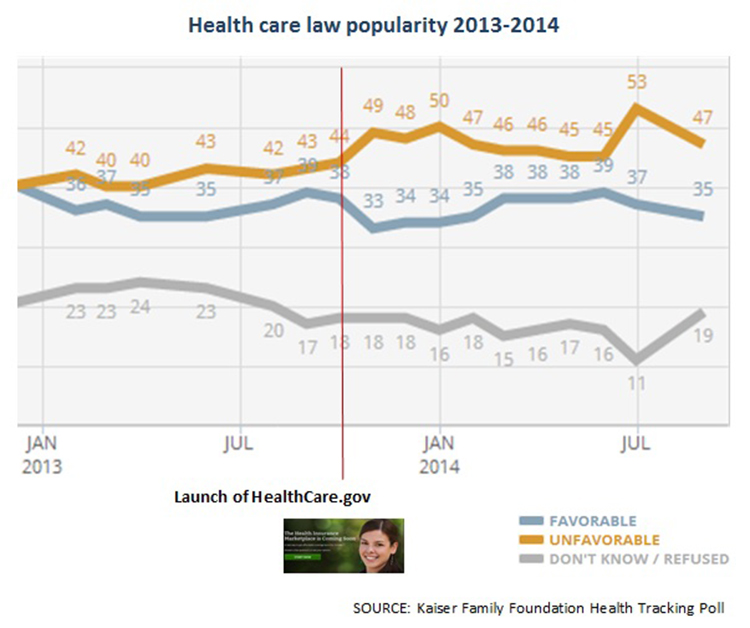 The law, in fact, hit its lowest point of 33 percent during this stretch, and it has only marginally improved to 35 percent favorable and 47 percent unfavorable. The Kaiser polling mirrors polling done by other major firms.

A big reason for that decline was a drop with Democrats. In November 2012, Democratic support for the law was at a one-year high of 72 percent. But just three months later, that support dropped 15 points. Support among Democrats crept back up to 70 percent by October of 2013, as the party faithful seemed ready to unify. But just a month later, during the botched rollout, support among Democrats cratered, dropping 15 points. 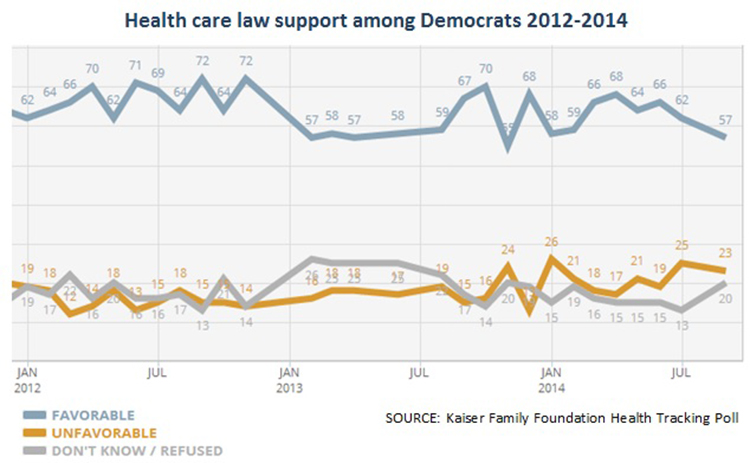 A month after that, in December 2013, the bottom fell out with independents as well, with just 28 percent of them saying they had a positive view of the law, the lowest recorded score in the poll. The latest polling shows independents still near record lows at just 30 percent support. 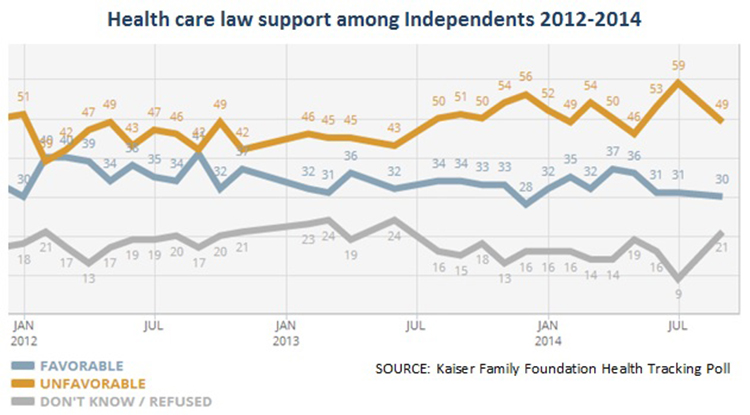 It remains to be the case that the views of the law won’t likely get much better until President Obama is out of office, and perhaps only when a Republican president embraces it. 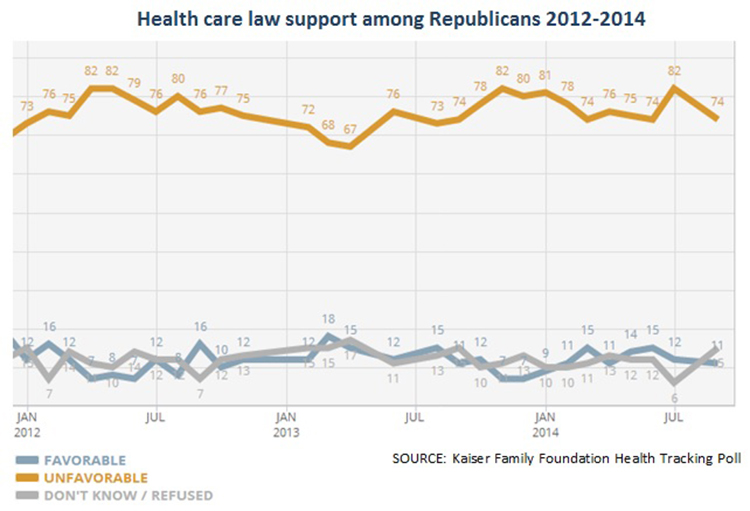