Yes, this man is the U.S. ambassador to Finland

Being an ambassador is a pretty staid job.

That is, unless you’re Bruce Oreck.

Since being sworn in as ambassador to Finland in 2009, his holiday cards have become the stuff of legend. Here’s this year’s card: 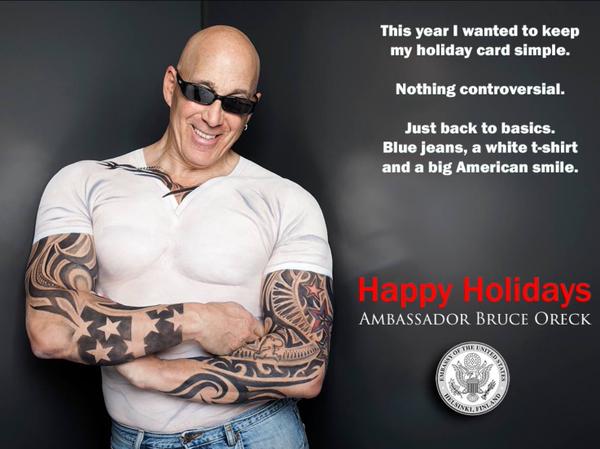 Is that really him? Yes, in fact, it is (minus, the tattoos). The former Oreck vacuum vice president and general counsel, who was a 2008 Obama bundler cobbling together $500,000 for the presidential campaign, was also a professional competitive body builder.

He landed in some controversy in 2012 for his card showing his bulky bicep protruding through a ripped off shirt and suit jacket: 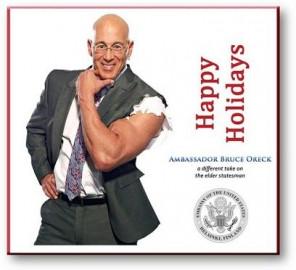 But he doubled down in 2013. This time, he didn’t bare any of his own skin, but he highlighted some bare-chested Finnish men at a sauna: 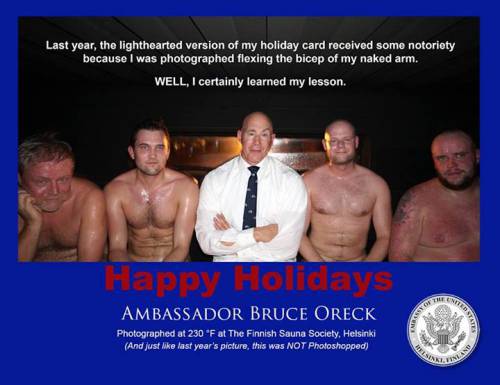 Oreck is certainly not the first, shall we say, colorful American ambassador.

Henry Catto, who served as ambassador to the United Kingdom under George H.W. Bush, for example, flew the Texas flag at the embassy and displayed a four-foot-tall wooden steer on the front lawn.