‘Yes,’ Trump is involved in a coverup, Biden says

DES MOINES, Iowa — Former Vice President Joe Biden on Friday said he believed President Donald Trump engaged in a cover up of his efforts to push Ukraine to investigate rivals and influence the 2020 vote.

Biden was asked in an interview with PBS NewsHour anchor and managing editor Judy Woodruff if he believed Trump was involved in an effort to hide details of a July phone call with Ukrainian President Volodymyr Zelensky, as Democrats have charged, citing testimony from administration officials.

“Yes,” Biden said, adding, “Look, you have some of the finest people in the administration feeling they have to come forward and say exactly what they heard, and what they knew.”

Our interview with Vice President Biden airs tonight. Watch on your local PBS station or live on our homepage.

“We have a constitutional responsibility. Imagine if you didn’t investigate this. What does that do to future presidents?”

The official, Lt. Col. Alexander Vindman, told House impeachment investigators that he raised the omissions but was rebuffed by the White House.

Vindman was the latest in a growing list of administration officials who have testified that the president urged a foreign power to interfere in the U.S. election to damage Biden, one of the leading Democratic presidential candidates.

Following the allegations, the House took its first formal vote on impeachment Thursday, approving rules and guidelines for public hearings expected to start in the coming weeks.

Trump has called the impeachment investigation a political witch hunt. House Republicans have accused Democrats of conducting the inquiry behind closed doors without giving the president a chance to defend his actions.

Democrats have debated whether to focus the investigation narrowly on Trump’s phone call with Ukraine or to expand the scope to include some of Trump’s other activities in office as well as his business dealings. 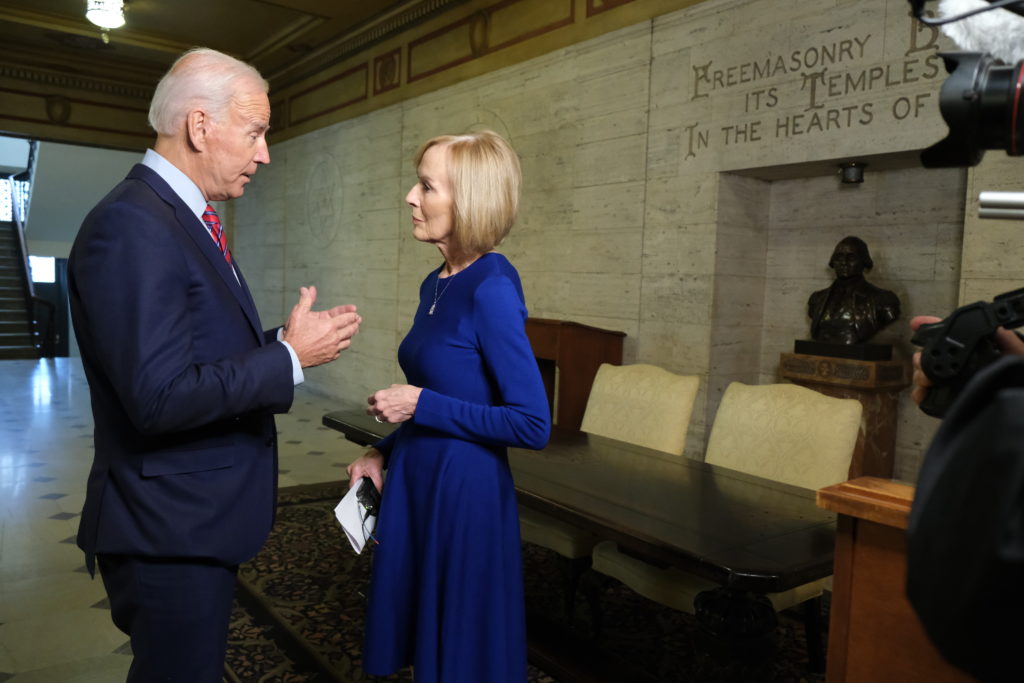 In the NewsHour interview, Biden said he believed House Democrats had a constitutional duty to carry out the impeachment investigation even if it hurts them with voters at the polls in 2020.

“We have a constitutional responsibility. Imagine if you didn’t investigate this. What does that do to future presidents?” Biden said.

Biden said it was up to the House to decide how to proceed with the impeachment process. But he noted that Trump had tried to block probes into other areas of his administration and private business ventures.

Biden also argued Trump’s request that Ukraine investigate him and his son signaled the president was worried about running against him in a general election.

The former vice president entered the 2020 Democratic primary race in April as the clear frontrunner but his standing has dropped in the polls. Biden remains ahead in some national polls but has fallen behind Sen. Elizabeth Warren of Massachusetts and others in polls of key early voting states, including Iowa and New Hampshire.