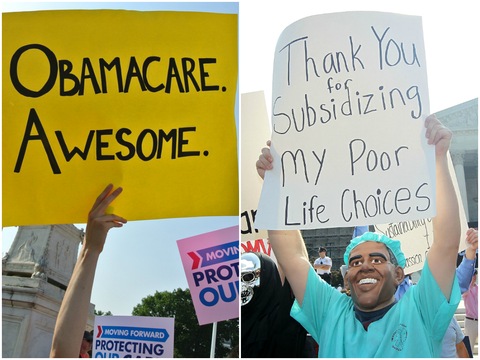 Aside from House Republicans’ 40th attempt last week to repeal or revise the Affordable Care Act, commonly known as “Obamacare,” and their threat to shut down the government on Oct. 1 if the program is not defunded, the Obama administration’s implementation of the health care reform law faces another roadblock — getting young people to enroll. Open enrollment for health insurance exchanges kicks off Oct. 1 and in order for the program to be a success, young adults need to sign up.

Seven million people is the magic number the Obama administration hopes to have enrolled by the end of March. Of that, they want more than 2.5 million to be made up of young, healthy people to offset the costs of caring for the old and sick.

That goal may not be an easy feat. According to a Kaiser Family Foundation poll, 51 percent of 18-29-year-olds are unaware that the Affordable Care Act is still the law. And with outside parties’ campaigns to dissuade this key demographic, convincing them to choose coverage over a fine could be a tough sell.

Despite the challenge of mobilizing this demographic to sign up for Obamacare, they are a group that appreciates the importance of health insurance. Another Kaiser poll showed that around 74 percent of people age 30 and younger feel it’s very important to have coverage.

PBS NewsHour and Public Insight Network conducted its own query to hear directly from young adults impacted by the new law:

Garret Walter, 27, New York: As a self-employed artist, the only real option I have for affordable health insurance is through the local freelance union here in New York City. While the options and affordability of the union’s plans are quite good, I personally am looking forward to having more options available to me through the exchanges.

Young adults make up almost a third of all uninsured Americans, but come January, everyone will be required to purchase health insurance coverage or face a fee from the federal government. That’s a $95 opt-out fee or 1 percent of your respective income, whichever is greater. In 2015, the penalty goes up to $325 per adult, or 2 percent of family income. And in 2016, the penalty will be $695 per adult, or 2.5 percent of family income.

Kirsten Taggart, 22, New York: For me personally this is a huge deal because it gives me time to transition from college student to first salary job without worrying about heathcare costs because I’ll be on my parents plan until 26. A lot of my friends are either unemployed, have paid internships, freelance or are in other positions that don’t offer full benefits. I think in a time where young adults are struggling to find their footing in a tough economy and overpopulated world it’s impossible not to offer a safety net that won’t make this generation even more broke beyond college debt.

One of the first provisions put into effect under the Affordable Care Act was to allow young adults to stay on their parents’ health insurance until age 26.

Amanda Boddy, 23, Atlanta: I feel it will impact my life less than those who wouldn’t be able to get health insurance otherwise. I appreciate that the law will allow people with pre-existing conditions to receive healthcare more easily.

Starting in 2014, an insurance company cannot refuse to cover you or charge you more because of a pre-existing health condition.

Christina Scavone, 23, Atlanta: I’m not looking forward to a tax increase or paying a higher premium on my health insurance. I am not a fan of this law and am worried for the long-term effects it will have on doctors/quality of health care professionals in this country.

The American Academy of Actuaries published a study estimating that young, single adults ages 21 to 29 could see premium increases of more than 40 percent.

Republican Sen. Rob Portman of Ohio has been vocal about exposing inadequacies of the bill. “President Obama’s big government health care bill was supposed to bend the cost curve down,” he said in a statement last week. “Instead, the average individual premium payer is out nearly an extra $100 a month. That’s money that could be going toward retirement, groceries, and their children’s higher education; instead it’s going to cover President Obama’s costly mandates.”

While there’s a difference in the price tag, there’s also a difference in who’s supplying the health insurance coverage plan. A reason private health insurance companies are able to keep costs lower is by denying coverage to people with pre-existing conditions. They also have the power to raise rates based on gender. Under Obamacare the health care exchanges cannot refuse coverage to anyone and cannot raise prices based on a person’s medical history.

Also, premium prices vary by state and age and the premium changes will most likely only affect people who buy their own insurance — individuals currently covered by their companies will experience little change.

Stephanie Ajello, 26, Washington: If I did not have coverage, I would definitely enroll. Not only is it very important to have insurance as a motivation to maintain good health, but there’s no sense in paying the fine when one could just pay and receive something in return!

If you already have insurance, you most likely won’t be impacted when the new law takes effect. In a speech in June, President Obama reiterated that the nearly 85 percent of Americans who already have insurance, either through Medicare or Medicaid or an employer-provided plan, won’t have to do a thing. This does not take into account an estimate from the Congressional Budget Office that 7 million people could be dropped from their employer-based plans within 10 years.

Merideth Smith, 30, Charleston, W.V.: It’s a good start to changing how we approach health care in our country, and it provides better coverage for women’s health.

Under the new law, in 2014, women cannot be charged higher premiums because of their gender. Also, birth control, mammograms and domestic and sexual violence screenings will be covered without a co-payment. And pregnancy is no longer considered a pre-existing condition.

In addition, young adults making less than $43,000 a year qualify for premium tax credits and a hardship waiver to help them afford coverage. The Affordable Care Act covers a number of preventative services at no charge. Insurers won’t be able to deny, cap, or limit your coverage, with lifetime or yearly dollar limits ending this year. And any insurance company wanting to raise premiums by 10 percent or more must publicly justify their actions.

Ray Suarez recently got two views on how the healthcare reform law will affect young adults. Jen Mishory of Young Invincibles says that Obamacare will create better healthcare options for young adults and Evan Feinberg of Generation Opportunity says the law is a bad deal for young people. The two were featured on the July 24 edition of the NewsHour: