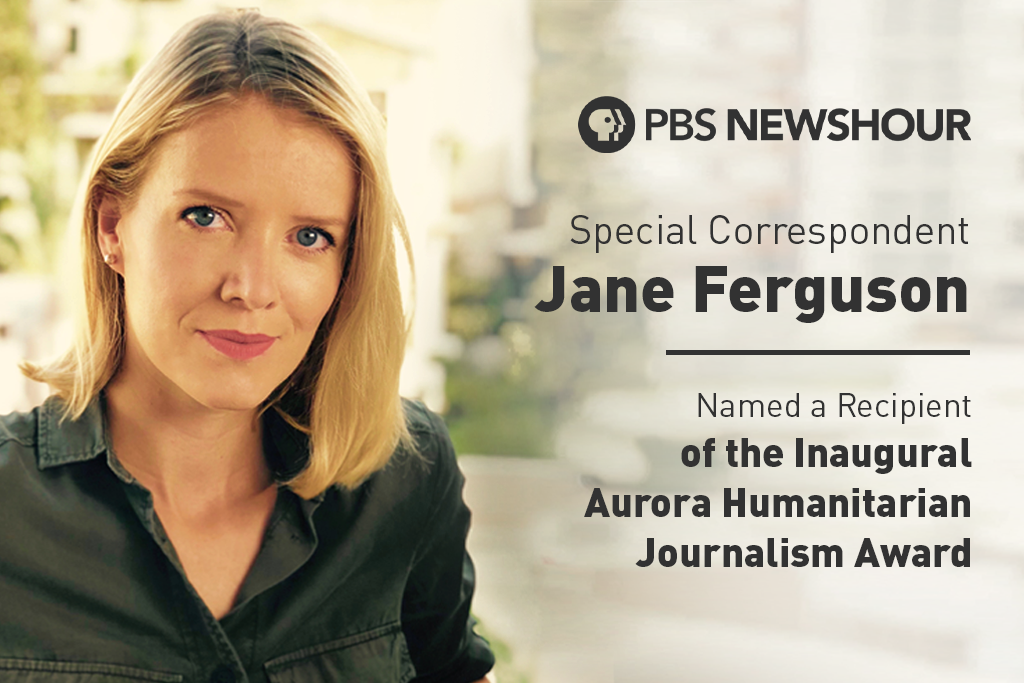 Ferguson has reported on numerous human rights issues, including the war and famine in South Sudan and front-line dispatches from the war against ISIS in Iraq and Syria. Her reporting on the brutal civil war in Yemen was honored with an Alfred I. duPont-Columbia Award, a News and Documentary Emmy Award and a Peabody Award nomination. In February 2019, Ferguson was named the George Polk Award recipient for Foreign Television reporting. Before joining NewsHour, she reported extensively for Al Jazeera English and CNN International. Ferguson is a guest professor at Princeton University, where she teaches a course on war reporting. She lived and worked in the Middle East for 12 years and is fluent in Arabic.