Ferguson’s reports for the NewsHour series “Inside Yemen,” which aired throughout 2018, provided an unprecedented look at the human toll resulting from the proxy war fought between forces allied with Saudi Arabia and Iran in the Houthi-controlled northern Yemen. They include:

“I am deeply honored to receive a George Polk Award, and am grateful to the judges for recognizing the importance of reporting on the crisis in Yemen,” Ferguson said. “It is a privilege to be able to tell these stories and – however tragic and disturbing the images – it is also absolutely crucial to keep reporting around the world on the real cost of war and most innocent victims.”

Sara Just, PBS NewsHour executive producer and a WETA SVP, added, “This is a wonderful and well-deserved honor for Jane’s revealing reporting with her teams both in Yemen and at NewsHour. We strive daily to look beyond the headlines to tell important stories that matter. Jane’s courageous reporting on the frontlines of this brutal war exemplifies just that.”

Flying into southern Yemen and evading the Saudi-led coalition who barred reporters from traveling north, Ferguson was the only American broadcaster to receive access to the war-torn city. In the announcement of this year’s award recipients, LIU wrote about Ferguson’s reporting, “Garbed in Yemeni woman’s attire to avoid detection, she crossed areas dominated by Al Qaeda fighters to reach places where famine and disease were taking their highest toll in what she characterized as the weaponization of hunger as a tool of war.” 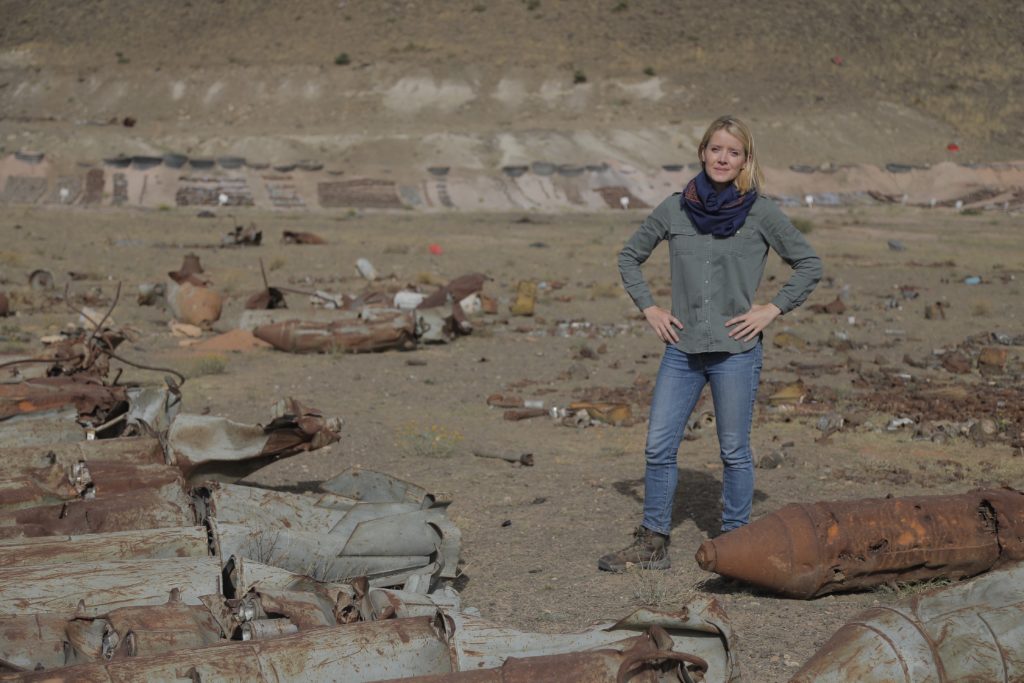 Ferguson’s unique access to what the United Nations described as “The World’s Worst Humanitarian Disaster,” provided the only in-depth coverage of a developing tragedy, and what has become, a horrifying famine in Yemen. Of her efforts to bring Yemen’s reality to the American public, Ferguson said “the true impact of this war was going undocumented, and the American public had largely no idea its military was even involved.”

Working closely with NewsHour senior foreign affairs producer Morgan Till, Ferguson has reported for NewsHour from across the Middle East, Africa and beyond since 2015. Highlights include frontline dispatches from the war against ISIS in Iraq and reports on the war and famine in South Sudan.

This is the second Polk Award for the NewsHour, and the first in 34 years. The awards “honor special achievement in journalism and focus on the intrepid, bold, and influential work of the reporters themselves, placing a premium on investigative work that is original, resourceful, and thought-provoking.”