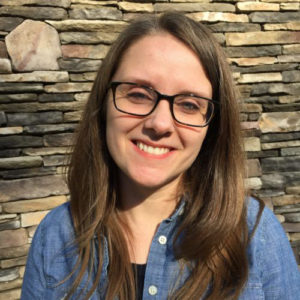 The American Psychoanalytic Association (APsaA) will today present its 2020 Award for Excellence in Journalism to PBS NewsHour data producer Laura Santhanam for her online report “How Detention Causes Long-term Harm to Children.”

The award recognizes professional reporting that offers a deeper understanding of human behavior, the mind, or of a societal issue. Supported by decades of research on early child development, “How Detention Causes Long-term Harm to Children” reveals the damaging effects of detaining children without basic necessities.

The award will be presented during the American Psychoanalytic Association’s 2020 National Meeting at the Grand Hyatt Hotel in New York City.

As an Emmy-nominated data producer for the PBS NewsHour, Santhanam uses narrative and numbers to share reporting on issues that matter to the NewsHour’s national audience. Prior to NewsHour, she was the senior climate researcher at Media Matters for America and media analyst at Pew Research Center. A native of Tupelo, Mississippi, she earned a bachelor’s degree in journalism and history from the University of Mississippi and a master’s degree in public policy from American University.