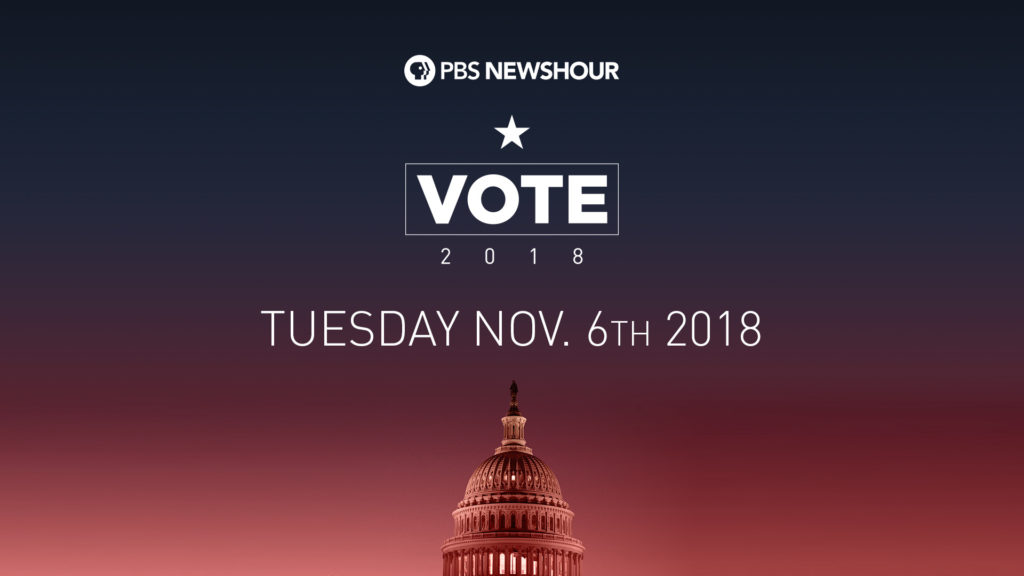 The special will also include reporting throughout the night on local and state elections in coordination with local PBS and NPR stations.

In addition to its broadcast on PBS stations nationwide, NewsHour’s special will stream on Facebook, Twitter, YouTube, and Ustream. NewsHour’s 6pm daily broadcast will be updated at 7pm prior to the start of the evening’s special.

Coverage will extend online and on social beginning at 8am on November 6. Follow PBS NewsHour everywhere it will be: