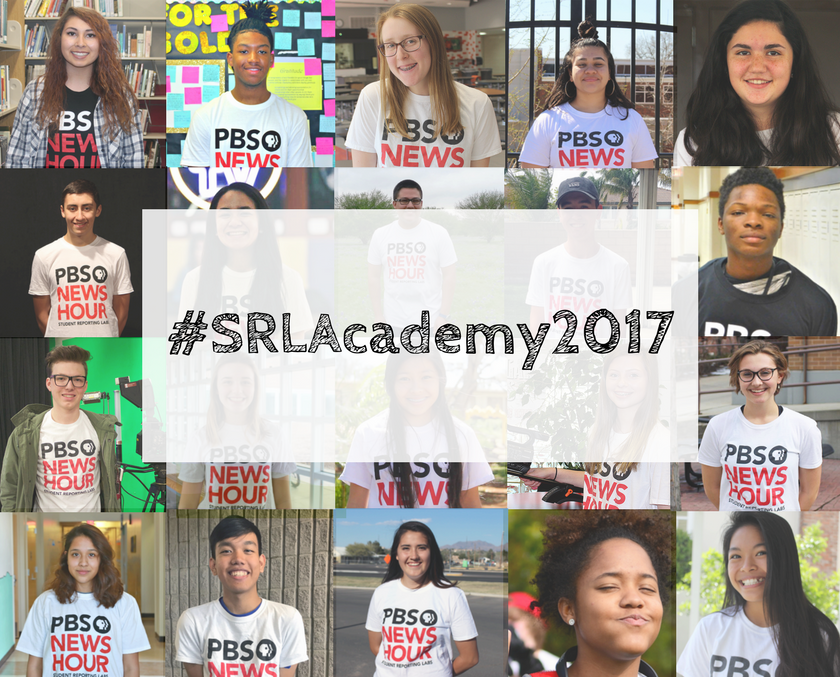 Washington, D.C. (May 8, 2017) — Twenty talented youth storytellers from 13 states will convene in the nation’s capital this summer with the common objective to advance the future of journalism and public media.

The middle and high school fellows are participants in the third annual Student Reporting Labs Academy in Washington, D.C. They will work alongside public media mentors to produce original digital content and sharpen their journalism and production skills. The fellows will also help program leaders develop strategies to engage young people with the news and current affairs, and ensure that diverse youth voices are active in the conversations about critical issues facing the nation.

During the 2016-17 school year, these young journalists contributed to the NewsHour’s broadcast and digital platforms with Letters to the Next President, stories of New Americans, 13 Reasons Why and two upcoming series on overcoming disabilities and America’s National Parks.

This year’s fellows include:

And featuring an encore appearance by SRL Fellow Keenan Penn II, Fraser High School, Michigan, who will be providing behind the scenes reporting and support.

To learn more about the students, please visit the official 2017 SRL Academy Tumblr.