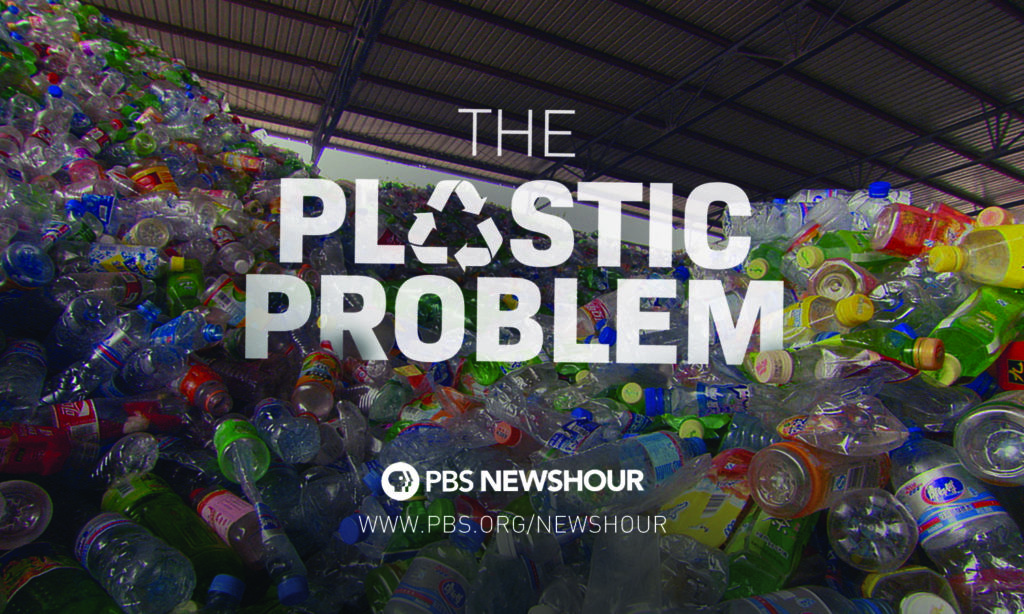 ARLINGTON, VA (November 5, 2019) — PBS NewsHour Presents “The Plastic Problem”  premieres on Wednesday, November 27, 2019, 10:00-11:00 p.m. ET on PBS (check local listings). With the support of PBS, the primetime special explores how plastic is impacting the world and ways individuals can break their dependence on plastics.

“The Plastic Problem” follows the 2018 Peabody Award-winning five-part PBS NewsHour series that explored the environmental threat from plastic pollution and potential alternatives. Viewers will gain a deeper understanding of why the global extensive appetite for single-use plastic is one of the largest environmental threats.

The program will also be streamed on PBS NewsHour’s digital and social platforms.