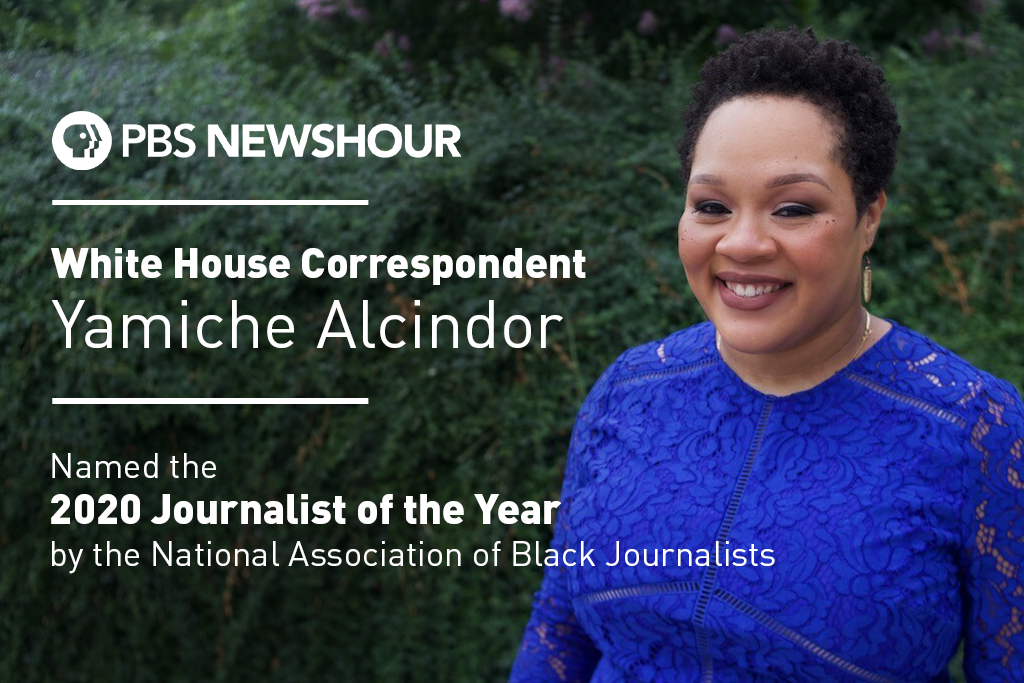 The National Association of Black Journalists (NABJ) today named PBS NewsHour White House correspondent Yamiche Alcindor its 2020 “Journalist of the Year.” The annual award honors a black journalist who has amassed a distinguished body of work with extraordinary depth, scope and significance to the African diaspora. NABJ will recognize Alcindor, who also serves as a political contributor for NBC News and MSNBC, during a virtual ceremony on December 19, 2020. Alcindor, in 2013, was named NABJ’s “Emerging Journalist of the Year.”

Earlier this year, Alcindor was named the recipient of the IWMF’s Gwen Ifill Award and the White House Correspondents’ Association’s Aldo Beckman Award for Overall Excellence in White House Coverage. She has also been honored with the Ifill Next Generation Award by Simmons University and NextGen Leader Award by the Georgetown Entertainment & Media Alliance. In 2017, she won an award in a tribute to Ifill during Syracuse University’s Toner Prize ceremony.