150 years on, meet the prolific pioneer who brought us the movie projector

Before the digital revolution hit the movie industry, the projector used in movie theaters was an evolution of the Phantoscope, developed by Charles Francis Jenkins, who was born nearly 150 years ago on Saturday.

“In terms of film projection, Jenkins was the catalyst,” Dr. Donald G. Godfrey, a Jenkins biographer and the author of “C. Francis Jenkins, Pioneer of Film and Television” told PBS NewsHour.

“Before life-size projection, we were hand cranking cards and film through kaleidoscope,” he said.

Born in Dayton, Ohio, to Quaker parents, Jenkins, who preferred to go by his middle name, acquired more than 300 patents over his 66 years of life. 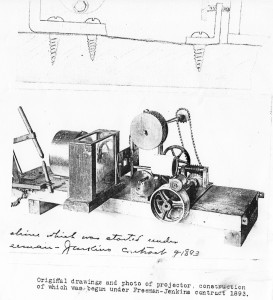 Pictured here is the Jenkins-Freeman Phantoscope in 1893. Freeman worked with Jenkins before he teamed up with Armat. The Phantoscope projected life-size motion pictures. Image from the Wayne Country Historical Museum

He patented the waxed paper bottle — versions of which are still used today to hold milk and ice cream — an altimeter, an early version of the sightseeing bus as well as an airplane catapult.

These inventions allowed Jenkins to fund his passion projects, which were largely experiments in television and film.

In 1894, before a crowd of family, friends and some press in Jenkins’ childhood town of Richmond, Indiana, he unveiled the Phantoscope for the first time.

On the screen, the Phantoscope projected the life-size picture of a woman dancing across a stage. While taking a bow at the end, the dancer lifted her skirt and revealed her ankle. The women in attendance walked out, while the men stayed to watch, making it perhaps the first protest over exhibitionism in film, Godfrey said.

Jenkins later worked with fellow inventor Thomas Armat to refine the Phantoscope, but after the two had a falling out, the Phantoscope patent ended up in the hands of Thomas Edison, who used it as the basis for his Vitascope. 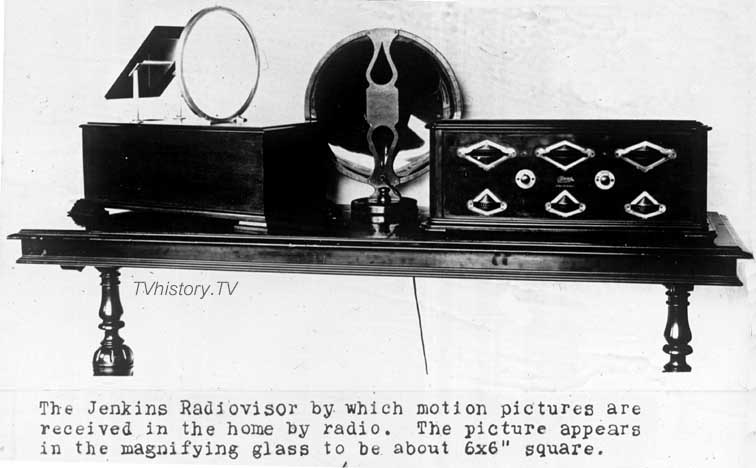 In 1916, Jenkins helped found the Society of Motion Picture Engineers and served as its first president.

It was a defining moment for Jenkins, who brought together manufacturers and technicians representing the industry in D.C., Cleveland, Chicago, Boston and New York to decide on industry standards before the government did, Godfrey said.

Later, Jenkins created radiovision and the radiovisor, which used radio receivers to broadcast moving images onto a 6-inch square mirror. He would broadcast those images for station W3XK starting in 1928.

Jenkins died of a heart attack in 1934, but evidence of his innovations remain to this day.

Left: Charles Francis Jenkins, the inventor of the motion picture projector, is seen here in 1928. Jenkins was born 148 years ago on Aug. 22. Photo by Underwood & Underwood from the Library of Congress