Scientists don’t need a time machine to see the potential future of the planet’s oceans. They can look to a single-celled species of algae, called EHUX. By examining over 2,000 generations of this marine scum over four years, ecologists glimpsed how this essential organism of the sea might react to ocean acidification.

The team found the plankton can adapt to the primary cause of ocean acidification — rising carbon dioxide in water — but the organisms eventually lose their form of a skeleton. As a result, the plankton cannot fend off predators or competitors, and on a global scale, this process may threaten the food chain.

EHUX (Emiliania huxleyi) phytoplankton is found in most of the world’s oceans, making up a major part of the marine food chain. And because it reproduces so rapidly, researchers can see how environmental factors, like pollution and global warming, could possibly impact this unicellular creature — and the larger marine ecosystem — in the future.

“We can have the organisms of tomorrow in the lab today,” Thorsten Reusch, marine ecologist and coauthor at the GEOMAR Helmholtz Centre for Ocean Research Kiel in Germany, told NewsHour.

When carbon dioxide levels in the water increase — oftentimes due to air and water pollution — the chemical balance of the ocean changes and it becomes more acidic. The team simulated this process in tanks, exposing the algae to one of three carbon dioxide levels (ambient, medium or high).

After four years, one of the longest durations ever recorded for this type of study, they found several changes in the algae, Reusch said. The algae reproduced faster, but their size shrank. The stress from these high-pollution waters also prevented the algae from building a protective skeleton.

But if the carbon dioxide levels went down, the microorganisms could reverse these skeletal changes, which is key according to marine biologist at Swansea University Kevin Flynn. Flynn studies how the algae reinforces itself with a calcium skeleton — a process called calcification. He said the findings meshed with his team’s models.

“This is the important issue of this paper in my mind,” Flynn said because it offers insight into calcification for a globally important organism. 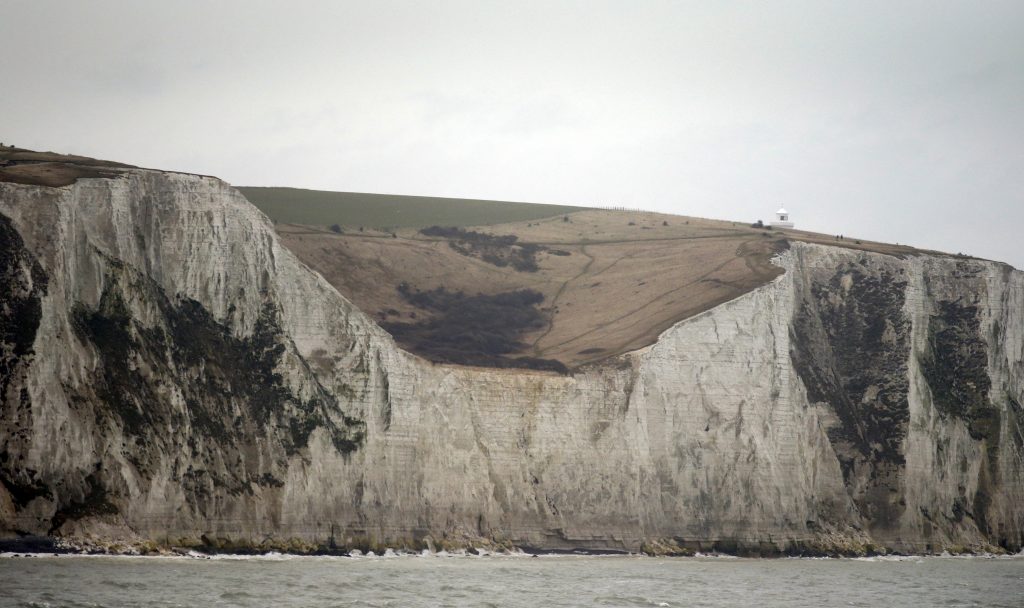 The White Cliffs of Dover in Great Britain get their white color from the calcium-carbonate skeletons of dead phytoplankton, like the Emiliania huxleyi. A loss of these skeletons from ocean acidification could change how this natural landmark appears to future generations. Photo by Phil Noble/Reuters

But Flynn and Reusch acknowledged limits to the study published today in Science Advances. Both scientists made it clear that this was a highly artificial environment.

“We do not know why these algae calcify at all — enemy protection, protection from grazers, a whole host of possibilities,” Reusch said. “Calcification costs a lot of metabolic energy. It could be that without any enemies, they are losing their calcification.”

Reusch says the next step is to make this super simplified experiment realistic, adding other algae and grazers for some competition.

But if these findings are a sneak peek at the future, Reusch said that the oceans in 50 or 100 years will be almost unrecognizable.

“The organisms of tomorrow will not be the same as those we see today,” Reusch said.