How these 3 experiments went from goose egg to science gold

Science projects that were once admonished for being too quirky, too convoluted or a waste of money get a second chance to prove their worth.

Scientists and a gaggle of policymakers will assemble on Wednesday at the Library of Congress in Washington D.C., to honor six researchers for the sixth annual Golden Goose Award. The award recipients dedicated years to federally funded projects that seemed downright odd at first, but made economically and socially valuable breakthroughs.

“We’re rewarding the giants of science,” Representative Jim Cooper (D-Tenn), who conceived the idea of the Golden Goose Award, told NewsHour. “These folks have achieved miracles in the lab, and sometimes those results were serendipitous.”

The Golden Goose award celebrates scientists who conduct basic research — studies that reveal the fundamental truths of nature — and use creative solutions for wide-scale problems. With this award, Cooper hopes to educate both Congress and the public about the value for federally funded research. [Basic research] depends on a deep understanding of what’s going on in the world, and nothing is more vital to government function,” he said.

One fungus to rule them all 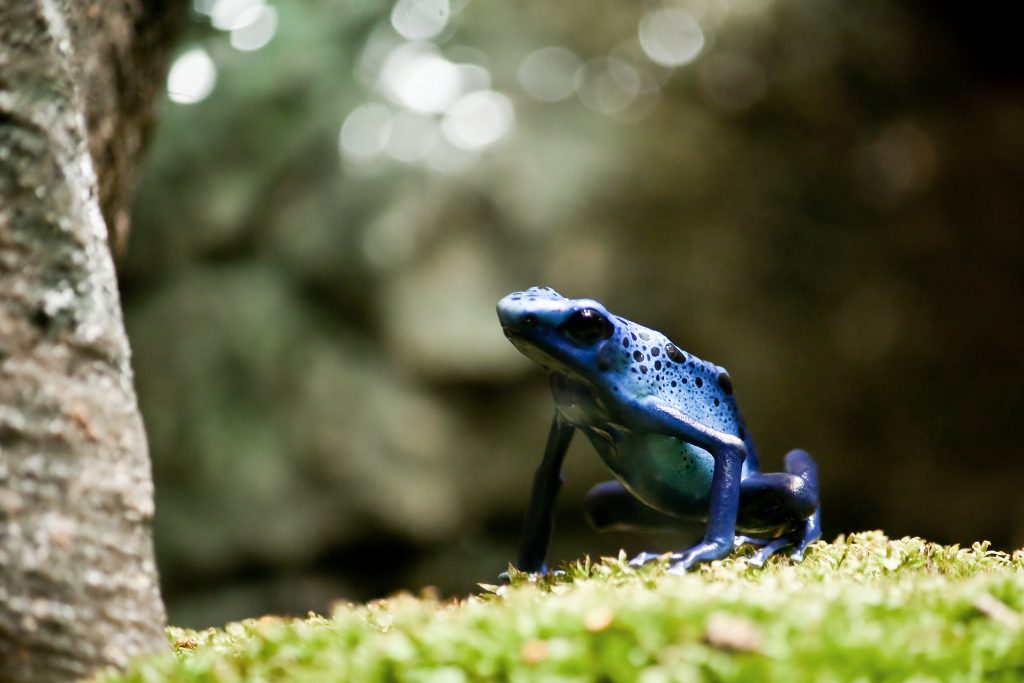 In 1996, the Smithsonian National Zoo witnessed many deaths in their blue poison dart frogs. They called biologist Joyce Longcore whose commitment to discovering the fundamental truths of nature led to answer and Golden Goose award. Photo by Tom Thai/via Flickr

In 1996, the National Zoo in D.C. witnessed many deaths in their blue poison dart frogs, and around the world, several other frog species met a similar fate. The zoo’s veterinary pathologists had an inkling of a microscopic organism was causing this devastating outbreak, but they still needed expert advice.

Since the 1980s, biologist Joyce Longcore had spent hours upon hours at the University of Maine familiarizing herself with a group of fungi called chytrids. Because she knew the ins and outs of these obscure organisms, the National Zoo called her to verify the culprit behind the mass frog die-offs. Sure enough, Longcore was able to isolate a chytrid fungus from the zoo’s frogs, which confirmed that chytrids were annihilating frogs across the globe. “These fungi were inadvertently introduced to where they were not native and decimated biota,” Longcore said. She added that fungi transported from different continents were long known for killing off native species. For example, other fungi have attacked American chestnut and elm trees, preventing them from maturing into healthy adults.

With her colleagues Don Nichols, Elaine Lamirande and Allan Pessier, and through funding from the National Science Foundation and the Smithsonian Institution, Longcore raised awareness to an invasive species wreaking global havoc. All four will receive the Golden Goose award tonight, but Longcore said their work is not done. Their next step is to treat any afflicted frog species and sustain biodiversity.

The glue of the sea 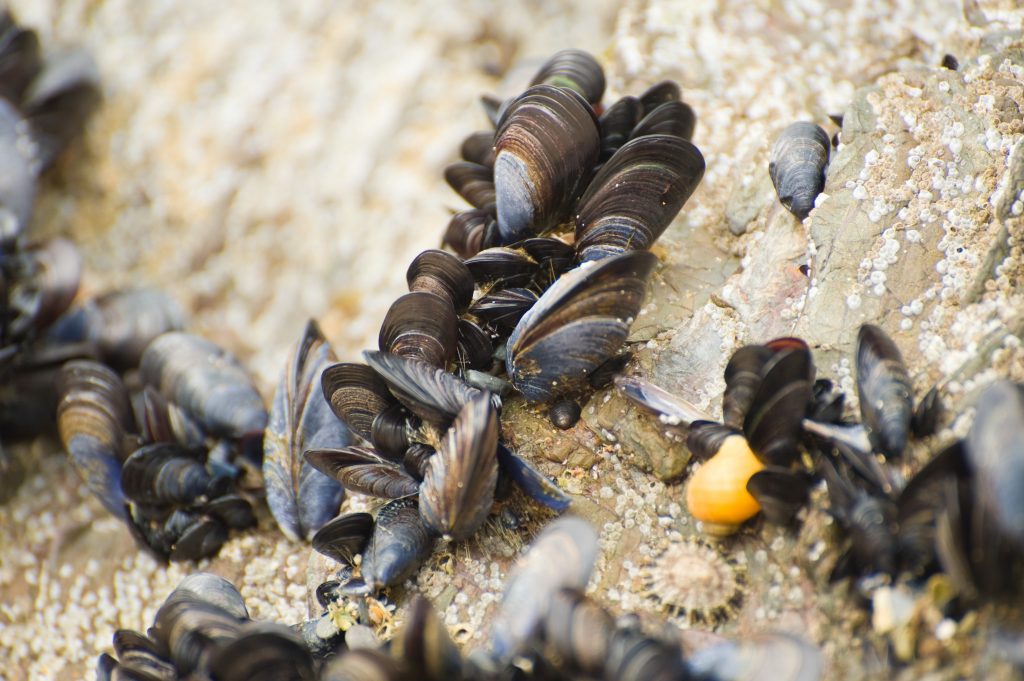 For wood chemist Kaichang Li, inspiration sat underwater and on seaside cliffs in the form of mussels. Photo by Gerdbaum/via Adobe

Li always sought novel substances to effectively and safely process wood. Knowing this, a colleague mentioned how mussels stick to wet and rugged surfaces, which was a major challenge when making water-resistant adhesives for plywood. At Oregon State University, Li studied the mollusks and noticed that proteins played a huge role in their binding strength. He wanted to make a glue out of the mussel protein, but he could only extract miniscule amounts at a time. It would definitely not satisfy the nearly 50 million pounds of glue needed for plywood each year, Li explained.

So Li turned to one of the most abundant protein sources he could find: soybeans. This agricultural commodity is not only in excess, but it has far more proteins with properties similar to those in mussels. After realizing he had a wealth of resources to work from, he requested funding from the USDA to start the R&D process. His soybean-based glue ended up being safer than formaldehyde, the most common wood adhesive that the International Agency for Research on Cancer classifies a dangerous carcinogen.

In 2003, Li’s glue won the attention of Columbia Forest Products who urged him to commercialize his adhesive. With the company’s help, Li’s glue is now used in 60 percent of American plywood products. “The collaboration and USDA support helped me disrupt the formaldehyde industry all while creating a new, healthy standard for plywood processing,” Li said.

How fuzzy logic changed the world 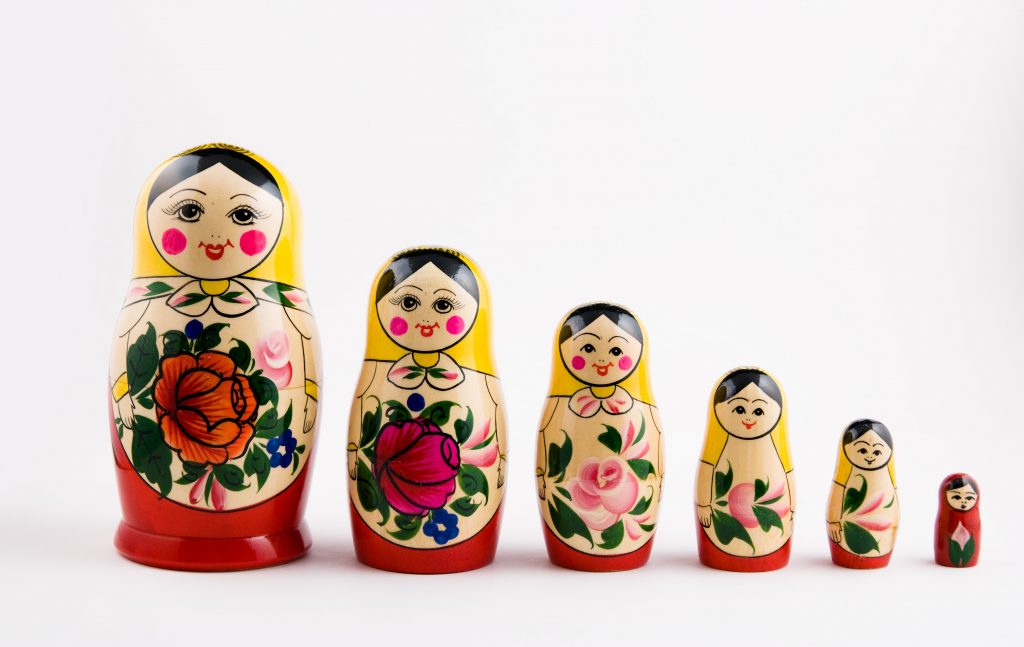 You would say four-foot person is short and someone at 8-feet is tall. But what about a person who’s 6-feet-tall? The late Lotfi Zadeh’s answer to this question changed how the world works. Photo by Andrey Snegirev/via Adobe

Zadeh’s original paper on the concept, published in 1965, is the most widely cited study in all of science.

Lotfi Zadeh pioneered a concept decades ago that people refused to acknowledge and even mocked. He called it “fuzzy logic” and saw it pop up in almost every facet of life. Zadeh, formerly a computer scientist at the University of California, Berkeley, often dealt with true or false scenarios, like the 1’s and 0’s in computer code. But at times, he needed more precise information—an in-between scenario.

Take height for example. You would say four-foot person is short and someone at 8-feet is tall. But what about a person who’s 6-feet-tall?

This fuzziness or blurring between two, concrete options happens frequently in math and logic problems that permeate all industries. Zadeh’s original paper on the concept, published in 1965, is the most widely cited study in all of science. More than 16,000 patents also embrace fuzzy logic in sectors such as health care, artificial intelligence, HVAC systems and the automobile industry. The most common applications involve modern consumer electronics: digital cameras, air conditioners and self-piloting helicopters.

Zadeh received funding from the National Science Foundation and the Air Force Office of Scientific Research for the funny-sounding fuzzy logic. Zadeh, who died on Sept. 6, will be honored posthumously for his life’s goal of improving everyone’s quality of life with one simple notion.

Editor’s note: An earlier version of this story stated chytrid fungi were killing chestnut and elm trees, when other types of fungus were the true culprits.