Tick season is in full swing, and with it comes Lyme disease.

More than 30,000 cases of Lyme disease, a bacteria spread by a family of hard-bodied ticks such as the deer tick, are reported to the Centers for Disease Control every year, though two recent studies put the actual number of cases closer to 300,000.

Many have raised concerns about an increase in ticks this summer, as ticks move into new territories.

NewsHour spoke about those concerns with Dr. John Aucott, director of the John Hopkins Lyme disease Clinical Research Center, who studies a chronic forms of the condition called post-treatment Lyme disease syndrome. He fielded general questions about the malady during a Facebook Live interview. Here are four of the biggest takeaways he gave us.

There isn’t a vaccine for humans, but you can protect yourself from Lyme disease.

Even though there isn’t a vaccine for humans, a few simple steps will narrow your chances of contracting Lyme disease. Because ticks like moisture, you can make your yard a less inviting place for the bugs by removing damp leaves and brush.

Even in this summer heat, it is a good idea to wear long pants while hiking outdoors. Stay on the trail and avoid areas with dense brush or tall grass, then do a thorough body scan to check for ticks once your hike is done. Ticks can be tiny, about the size of a poppy seed. So don’t just look during your check; feel for ticks.

“Don’t mess around with wives tales about smothering with bacon or touching it with a match,” Aucott said. “Remove it as soon as possible.” Once you’ve removed the tick’s body, it can no longer transmit the disease.

The bullseye rash is not the most telling symptom of Lyme disease.

A lot of people try to identify Lyme disease by a distinctive bullseye rash. But Dr. Aucott said that it isn’t the most reliable indicator. Even a tick bite that doesn’t transmit Lyme disease can leave a red mark, but it’s the size that counts. Look out for red marks that become larger than a few inches, he said. 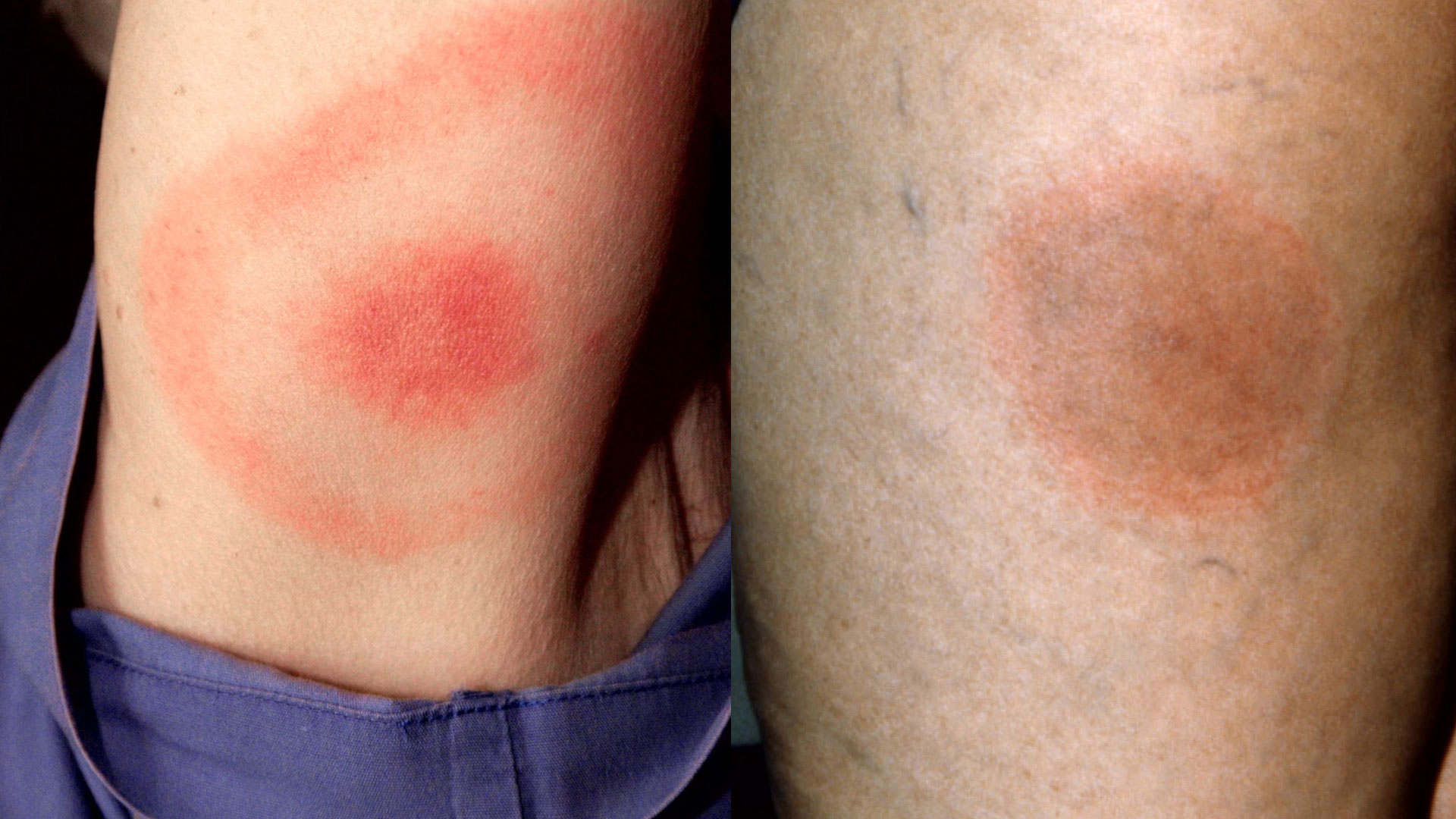 Not all tick bites result in the iconic bullseye rash (left), many can leave a large red mark instead. Photos by: Center for Disease Control and Prevention

“They are usually just round and red. People often mistake them for spider bites,” Aucott said, adding that the iconic bullseye appearance only occurs about 20 to 30 percent of the time. Other symptoms include fever, chills and that “achy all over” feeling. Aucott warns if you feel like you’re getting the flu in the summer, don’t be fooled. It could be Lyme disease.

Climate change could affect the spread of Lyme disease, but not how you might think.

Ticks don’t like dry, arid climates. But as cold climates — upper New England and Canada or Nova Scotia — grow warmer, they may become more hospitable to mice, expanding the animals’ geographic range. Given mice are a common carrier of the bacteria behind Lyme disease — they infect most of the ticks in the Northeast with the disease — experts expect cases of the disease to expand, too. 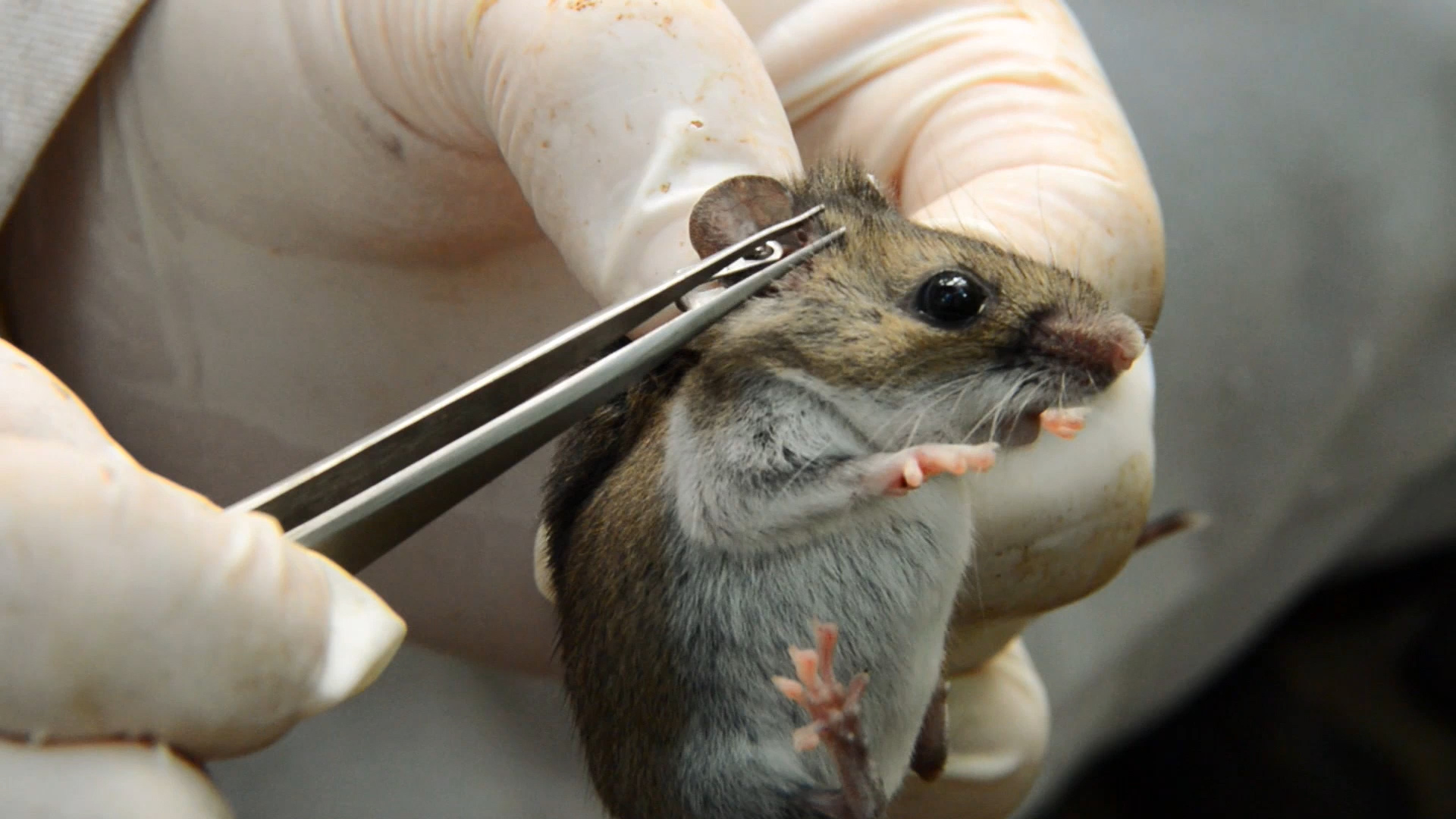 Mice are a common host to ticks. Here a tiny tick is found on the ear of a mouse. Photo by: Dave Timko

This not only means the threat could enter new regions, it could also cross into new seasons. The recent warm winter lengthened the front end of tick season, Aucott said, with signs of adolescent ticks emerging in the spring.

“We saw tick bites in February because the temperature was over 40 degrees,” Aucott said.

Sometimes your own body can perpetuate Lyme disease symptoms.

The human immune system is designed to fight off infections like Lyme disease. But Aucott and his team are finding more evidence that the immune system may actually perpetuate symptoms in the long-term. In a small number of cases, the body launches an immune response against its own healthy cells, a process called autoimmunity. This prolonged Lyme disease, commonly known as chronic Lyme disease, affects about 10 percent of patients, who don’t recover fully with initial treatment.

“We don’t know the exact cause so we don’t really have a perfect treatment for those patients yet,” Aucott said.

For more facts on Lyme disease, watch NewsHour’s full interview with Aucott below.

Tick season is upon us, with scientists reporting a surge in the population of the Lyme disease-carrying bugs. Should you be worried? John Aucott, director of the John Hopkins Lyme Disease Clinical Research Center, joins us to take your questions. Leave them in the comments below.

Left: A blacklegged tick, the carrier of lyme disease, teeters on a blade of grass. Photo by CDC.