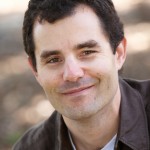 The Deepwater Horizon event was a national tragedy: 11 workers killed in a blowout, an ecosystem inundated with oil and the livelihoods of many in the Gulf states disrupted. In a response effort of unparalleled scale, a diverse group of independent scientists ventured into the domain of spill responders and affiliated decision-makers. Despite some friction and missteps, both sides saw benefit to the interaction. Responders gained access to state-of-the-art instrumentation, expertise, and trained personnel. Scientists gained the opportunity to study the sort of large-scale environmental assault that they could never ethically perform.

As a university professor studying the oil-ocean nexus, I actively sought opportunities to participate on-scene in the “response science,” with support from the National Science Foundation and other agencies. I hoped to use my scientific expertise to help the public grasp the complexities of the disaster. I also hoped to extract useful discoveries from this unplanned experiment, to provide some small counterbalance against the many grave costs. The work I and others conducted has led to vigorous and ongoing debate, accompanying thousands of scientific publications. Five years on, here are five key lessons from my foray in response science, distilled from collaborative work with close colleagues.

Lesson one: Natural gas is good food if you are a bacterium. Propane and its closest chemical relatives, ethane and butane, are well known for their uses as fuel in lighters, outdoor grills, and buses powered by liquid natural gas. Collectively, these three compounds made up about 10 percent of the total discharge from the Macondo Well. Instead of evaporating to the atmosphere as expected, they dissolved into the deep ocean, never to reach the sea surface. Present in such large quantities, they rapidly caused bacterial populations to bloom and oxygen levels to decline. Surprisingly, some of the same bacteria that came for the natural gas may have stayed to help break down select components of the oil.

Lesson two: The ocean has a memory for oil. A mile deep, water flows and circulates very much as it does at the surface, but more slowly. During the early stages of the Deepwater Horizon event, pristine waters flowed over the ruptured well and became contaminated with the discharge. The currents then carried the contamination away from the well, forming what became known as subsurface plumes. With the contaminants as a food source, bacteria multiplied within the plumes. Sometimes the currents carried previously contaminated water back over the well, injecting a new dose of contaminants into water that now harbored a dense and hungry population of bacteria. Analysis of the pattern of recurring inoculation indicates that this bacterial boomerang acted repeatedly and accelerated the rate at which many hydrocarbons were consumed by bacteria.

Lesson 3: Hydrocarbons may be gone, but tar is not forgotten. Oil is a complex mixture that contains thousands of individual hydrocarbons; tracking its removal in the environment is a complicated proposition. This problem is made harder by the use of antiquated technologies that detect only what they look for. Much of the oil from Deepwater Horizon floated in slicks at the sea surface and some washed ashore. While a fraction of the hydrocarbons disappeared, evaporated, dissolved, or were respired by bacteria, some of them simply underwent subtle chemical transformations, becoming invisible to the tracking technologies but no less present in the environment. That is, the oil became tar. These findings highlight the limitations of available tools and underscore the difficulty in balancing the influx of oil with its destruction, factors which must be taken into account before proclaiming the oil gone.

Lesson 4: Sometimes oil sinks. Oil sprayed from the Macondo Well formed droplets, about half of which were trapped at great depth because they were too small to achieve buoyant rise. These micro-droplets moved with the currents until something unexpected happened: they coagulated and sank. Though the process of coagulation remains enigmatic, the resulting fallout splattered the sea floor with oily particles over an area exceeding 1,000 square miles. While the stain of oil on the sea floor is clear, the ecological effects to the deep ocean remain uncertain because the splatter was patchy and the environment difficult to adequately sample.

Lesson 5: Chemical dispersants can linger, when used at great depth. Faced with a flood of oil, Deepwater Horizon responders chose to use chemical dispersants to protect workers and sensitive environments from inundation. In the deep ocean, dispersant was added directly to the oil as it flowed from the ruptured well, with the goal of promoting formation of micro-droplets and thereby halting the oil’s buoyant rise to the surface. Dispersant application proceeded with the expectation that it would accelerate oil’s degradation by bacteria while also being degraded itself. Surprisingly, the active ingredient of the dispersant lingered in the deep ocean for months, traveling hundreds of miles on the deep currents. This persistence in the deep sea was unanticipated and contributes to ongoing policy discussions as to whether or not dispersant use provides a net benefit to this environment. The jury is still out.

These are only a few of many lessons to come from the Deepwater Horizon scientific response. The engagement of so many scientists in this event and the continued emergence of their discoveries provide a compelling rationale for an expanded community of scientific responders that engage broadly with the disaster-response community. These communities work at different speeds and scopes, and can easily disagree on the best way to use limited resources. Bridging the gap can be challenging, especially in the middle of an emergency. Emerging projects such as Scientific Partnerships Enabling Rapid Response (http://sperr.us/) are presently developing the framework to overcome such obstacles, and Deepwater Horizon offers a model by which responders and scientists can provide mutual benefit.

Left: A pelican leaves its nest as oil hits the shore of an island in Barataria Bay on May 22, 2010. Five years after Deepwater Horizon blowout, marine chemist David Valentine has led eight oceanographic expeditions studying the affect of the resulting oil spill on the Gulf. Photo by Associated Press/Gerald Herbert

David Valentine is professor of Earth Science and Biology at the University of California Santa Barbara. An expert in marine chemistry, microbiology and exploration, he has published over 80 papers and three books, and has led eight oceanographic expeditions in response to the Deepwater Horizon event. Dr. Valentine is an Aldo Leopold Fellow and has appeared on the PBS News Hour three times.