5 things you should know about the freaky Buffalo snowstorm

Winter has landed in the United States. On Tuesday, all 50 states recorded freezing temperatures, breaking temperature records in many states for the month of November.

In Florida and Hawaii, it meant a chilly day, but the Great Lakes, Northeast and Central U.S. are getting the frozen end of the stick in this cold snap. Starting Tuesday, Buffalo and other cities in western New York have been walloped by a massive snowstorm. Some parts of Erie County, New York reported 65 inches of snowfall as of 10 a.m. EDT this morning, and the snow will continue tonight. Forecasters predict some areas could receive 3 more feet of snow before the storm stops.

Here’s what you should know about this cold front: 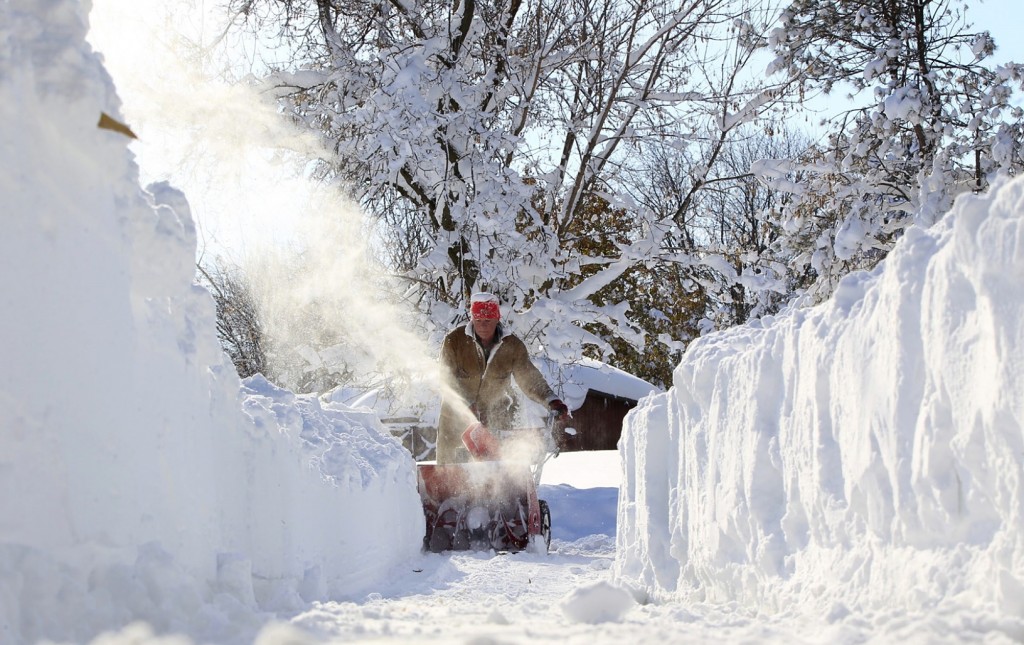 1) What caused this snowstorm?

The short answer is the wind, cold air and warm water in Lake Erie and Lake Ontario, says Bruce Terry, a meteorologist and forecaster for the National Weather Service in Maryland. It’s called the lake effect. The Great Lakes haven’t frozen yet, so when the cold air hit the warmer waters of the lakes, it picked up moisture. When the wind carried the moist air to shore, the colder air over the land created snow — and lots of it.

A lake-effect storm is not that unusual for Buffalo and other Great Lake cities, not even for this time of year, Terry said. But the amount of snowfall this early in the year is unusual, and much higher than expected. A strong wind pushed a wall of snow over western New York, and it sat over Buffalo for hours, he said.

Without a change in the wind direction and more cold air coming from the North Pole, the snow just keeps coming.

“That was a really enhanced lake-effect snow,” he said. “The wind direction didn’t change, so a persistent band set up, and [that’s why] it kept snowing in the same area for hours and hours.”

2) Why did the whole country get so cold?

It’s polar, but it’s not the vortex, Terry explained. The polar vortex is a cold weather pattern that typically sits over Canada at this time of year, he said. The cold air that dropped all 50 states to freezing temperatures originated in Siberia. A high pressure system over the U.S. West Coast stretching up through Alaska and a low pressure system over the central United States formed a trough. The cold air migrated over the North Pole and rolled south through that trough, freezing Canada and the entire U.S. The cold Siberian/polar air mass has even reached parts of the Caribbean, Terry said.

That trough is sticking around the rest of the week, funneling more cold air over the Great Lakes and Upper Midwest, the National Weather Service reported early this morning. There was a short reprieve from the snow this afternoon for western New York, but another lake effect storm is coming tonight, forecasters warn. The area could get another three feet of snow before the week is over.

3) How did that wall of snow happen?

Videos and pictures drifted around the internet this morning, showing a wall of snow slamming the cities with white powder.

The wall of snow is a genuine lake effect phenomenon, says meteorologist Steven Welch with the National Weather Service in Buffalo, NY. The convection of moist air coming off the lake forms ominous clouds, creating a sharp cutoff between the clear sky and the storm, he said. A band of wind about 15 to 20 miles wide pushed the wall over the southern part of the city, dropping between 50 and 65 inches of snow.

But just a few miles north of the wall, the storm was unimpressive — 4 to 6 inches in most areas, Welch said. Driving into the National Weather Service office on the north side of town this morning, he could see the cutoff where the band of snow stopped.

“You could just see looking down to the south it was a whiteout,” he said. 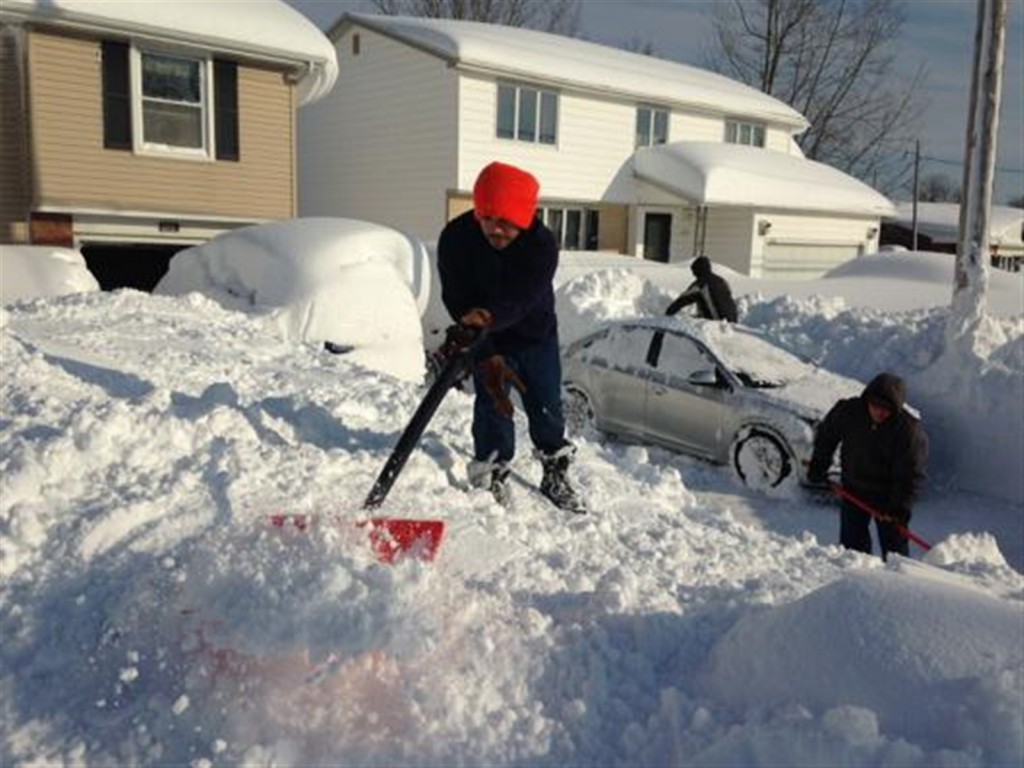 The Porto family digs out their driveway in Depew, New York. Photo by John Hickey/Buffalo News

4) Is this a record-breaking storm?

Not yet, Terry said. The data is still coming in from weather stations around the area, so there has been no official word yet on this storm breaking snowfall records for the city or the state. Meteorologists also need to confirm the snowfall recorded.

The current record snowfall for a single day in Buffalo is 33.9 inches on Dec. 10, 1995, NOAA reports. In Cheektowaga, a suburb of Buffalo, 65 inches of snow were reported Wednesday morning. 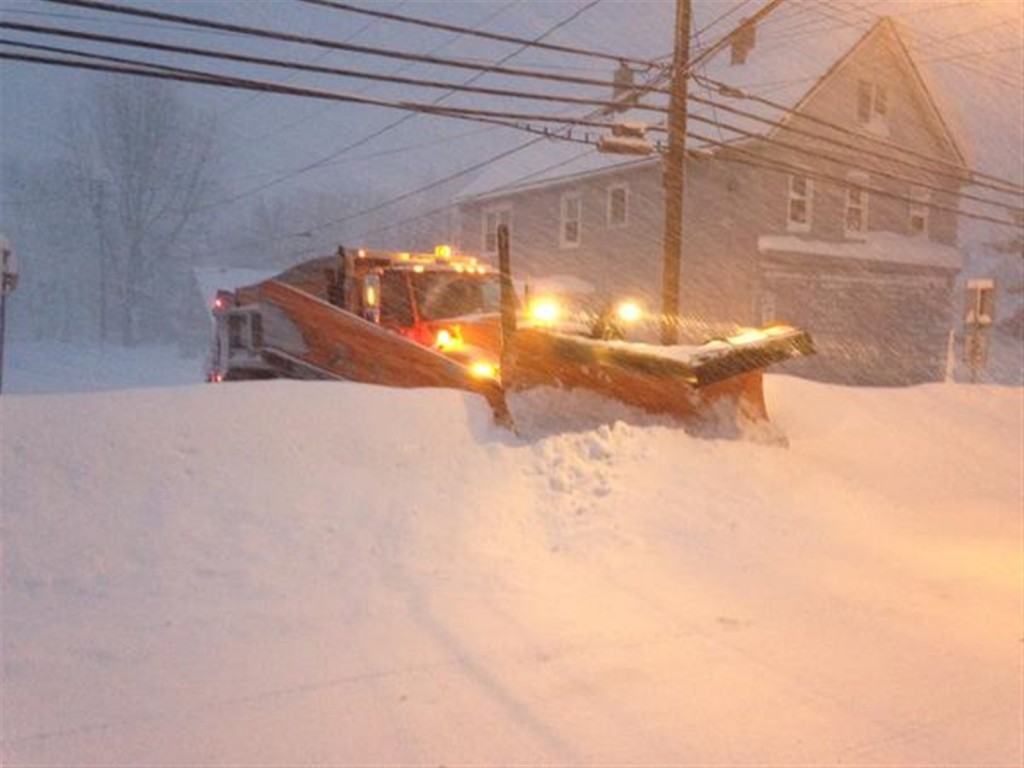 A plow pushes through snow in Lancaster, New York. Some areas of western New York received five feet of snowfall. With more to come between Wednesday and Friday, clearing the streets has been a daunting task. Photo by John Hickey/Buffalo News

5) Can Buffalo handle this much snow?

Snowstorms don’t usually faze people in the Great Lakes, but this storm caught many by surprise. Buffalo News reports that six people have died as a result of the storm. Some suffered heart attacks while clearing the mountains of snow; one 46-year-old man died trapped in his car. Buffalo News also reported that 40 motorists who were stranded on the Thruway during the storm were recently rescued, and 70 people were stuck in fire stations, unable to get home.

The county is currently under a state of emergency, according to the Erie County office. County officials are urging all residents in hard-hit areas to stay off the roads. A travel ban is in effect for the hardest hit areas, only allowing emergency vehicles through. Many roads are still closed, including 140 miles of Interstate 90 according to NBC News.

Buffalo News reported this morning that 5,000 tons of snow has been removed from South Buffalo. The paper reports that the city has brought in 200 snowplows to help with the cleanup efforts. Erie County press secretary Peter Anderson says that the county is receiving aid from Albany and Niagara counties. Albany county has sent 350 personnel, 160 plows, 8 roadside snow-blowers and 6 heavy-treaded track vehicles to clear the streets.

When the weather warms up again, the county will face flooding, Anderson said, but no additional flood prevention plans have been made yet.

And Poloncarz has christened the storm “Knife” because it cut “through the heart of Erie County.”

Left: The angular roofs of houses in West Seneca, New York, turned into lumps of snow after a Tuesday night snowstorm in the region. Photo by Derek Gee/Buffalo News