8 things you didn’t know about humidity

It’s a T-shirt kind of day in Washington, DC: 85 degrees with 63 percent humidity. We all know those numbers mean hot, but what exactly does that humidity percentage tell us? And why should we care? Below, some facts on humidity, and how it affects our daily lives:

1. Fifty percent humidity is a sponge half full.

“The amount of moisture that the atmosphere can hold relates directly depends on the temperature,” Sobel said. Think of a rise in temperature like an increase in sponge size. A sponge that is half saturated with water is at 50 percent humidity. Now, increase the size of the sponge without adding more water. The relative humidity decreases because the bigger sponge is capable of taking on more moisture, but the same amount of water remains.

Soaking a sponge with more water than it can hold would cause it to drip. But this dripping doesn’t always symbolize rainfall. The relative humidity measured on the ground (where the sponge is) doesn’t reflect moisture levels miles above in the sky. Rain occurs when the rising air can no longer hold the water droplets that have formed clouds high in the sky. (Clouds can form closer to the ground too — that’s fog). The temperature and atmospheric pressure changes as you ascend into the sky — the air gets colder and thinner. So 100 percent humidity might not mean rain, but it does mean dew. 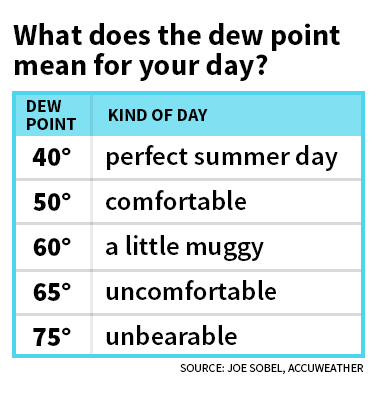 Dew point temperature is a good indicator of how comfortable or how uncomfortable you might feel, Sobel said. But we don’t hear about it on the Weather Channel. It does, however, get calculated into the “RealFeel” temperature along with other factors like wind, cloud cover and the angle of the sun.

Humidity comes from water evaporating from lakes and oceans. Warmer water evaporates more quickly – that’s why you find the most humid regions closer to warm bodies of water, like the Red Sea, the Persian Gulf and Miami. The highest dew point temperature ever recorded was 95 in July 2003, in Dhahran, Saudi Arabia. In the US, the midwest and Mississippi have recorded dew point temperatures above 80. For example, Pipestone and St. James, Minnesota reported a humidity reading of 86 in 2005.

Wind can carry moisture in the air pretty far. “We typically get air masses in the summer that originated from the Gulf of Mexico, into the middle Atlantic regions,” Sobel said.

4. New York stinks in the summer, and we can thank humidity for that.

Scientists in this 2008 study confirmed what many city dwellers already know — people are better at detecting smells in a humid environment. In heat and high humidity, there are more water molecules in the air to bind and carry odorous particles into our nose. Trash still smells in the winter, but the cold, dry air limits how far the stench can travel. This may also be what accounts for the dirty dog smell. As water molecules evaporate from soggy dog fur, they carry with them smelly bacteria.

Our vocal cords are comprised of a pair of mucus membranes that stretch across the voice box, or larynx. They vibrate, controlling the air from the lungs that flows by as we speak or sing. The level of moisture in the air affects the elasticity of our vocal cords. Singers can tell you that it is harder to carry a tune in a dry environment.

We’ve known for decades that you are more likely to be on pitch in humid environments. More recently, researchers theorized that speech was one of many human behaviors adapted to fit environment. After looking at more than 3,700 languages, they discovered that tonal languages, like Chinese and Vietnamese, rarely developed in dry climates.

6. Once upon a time, people measured humidity with hair curls.

In 1783, Horace Bénédict de Saussure built the first hygrometer, a device to measure humidity, and he built it with… hair. To understand how it worked, you need to know a thing or two about hair. 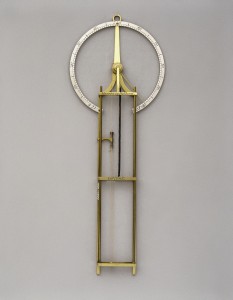 In 1783, Horace Benedict de Saussure, a Swiss physicist and geologist, made the first hair hygrometer, using a human hair to measure humidity. Photo by SSPL/Getty Images

A single strand of hair has many layers. The inner layer is filled with proteins called keratins that bind to each other, giving shape to your luscious locks. These proteins bind by forming tough disulfide bonds or weaker hydrogen bonds. You can thank hydrogen bonds for the funny way your hair dries naturally after getting out of the shower. Water molecules (two hydrogens and an oxygen) are soaked up by your hair and act as a bridge linking keratin molecules together in place. These hydrogen bonds keep your hair fixed in shape until you wet it again, allowing new hydrogen bonds to form.

In high humidity, water molecules in the air find their way into straight strands. As hydrogen bonds connect keratin proteins, hair starts to fold back on itself and curl. Frizzy fly aways occur when hair folds back enough to break the cuticle – or the outer layer of hair that looks like dragon scales under a microscope.

The drier the hair, the more likely it is to soak up moisture in the atmosphere. So damaged hair – scorched by curling irons or parched from over shampooing – is often treated with moisturizing salon products.

Enter hygrometer. Saussure attached one end of a 10-inch piece of human hair to a screw. The rest of the strand he maneuvered through a pulley and attached to a weight. As the hair took on moisture, the strand curled and shortened moving the pulley and lifting the weight. Saussure could then calculate how much humidity was in the air based on how much the weight moved. The hair hygrometer can be made more sensitive by dipping the hair in alcohol and removing any oils that might prevent the strand from soaking up moisture.

7. With exercise and humidity — don’t overdew it.

Even professional summer athletes have to adjust for changes in humidity. A baseball pitch can change position by an eighth of an inch for every 20 percent drop in relative humidity. That might seem like a small amount to the average person, but for a major league player, that could be the difference between a fly ball and a grand slam. In 2002, the Colorado Rockies started storing their baseballs in humidors to keep them wetter and bouncier. Homeruns are more frequent at high altitude venues that get little humidity, like Coorers Field. But storing the balls in humidors helped decrease homeruns by roughly 25 percent, said Alan Nathan, a physics professor at University of Illinois at Urbana-Champaign.

An important note about exercising in high humidity: it’s dangerous. “The higher the dew point, the less effectively you are going to cool after exercising,” Sobel said. And if you can’t cool yourself, your body can reach fatal temperatures.

Here’s why. When we exercise in hot temperatures, our bodies sweat to cool down. In dry air, the sweat evaporates quickly. But in humidity, sweat doesn’t evaporate as fast, and your body sweats more in an effort to keep cool. All that sweating dehydrates your body, leading you to overheat.

In the summer, our bodies actually take on extra water weight to account for the extra sweating.

8. Humidity is for the bugs, especially the moths. 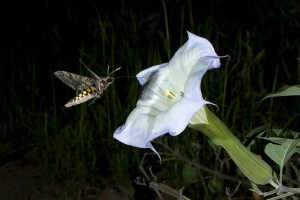 A hawkmoth (Manduca Sexta) drinking nectar from a Datura Flower in Madera Canyon, Arizona. Professor Goggy Davidowitz’s lab at the University of Arizona studies how these moths can sense changes in humidity, which help them detect flowers with lots of nectar. Photo by Bruce Taubert

When it comes to wet heat in the insect world, it’s the little guy that thrives. Goggy Davidowitz, an entomologist at the University of Arizona explains that smaller bugs are more likely to dehydrate because they have a larger surface area relative to their whole body size. Because most bugs are small, and humidity increases survivorship, insects seek moist climates, Davidowitz said.

Moths make the most of moist climates. Davidowitz’s lab studies hawkmoths (Manduca Sexta). These insects can detect a 4 percent difference in humidity by sensing changes in flower nectar evaporation. Increases in humidity help these moths detect which flowers are high in nectar.