8 things you didn’t know about manatees

Manatees are the slow, lumbering, gentle giants of the aquatic ecosystem. Every November, the West Indian manatee, native to the Gulf of Mexico and Caribbean Sea, makes its way to Florida’s warmer waters for the winter.

The U.S.’s manatees are an endangered species floating close to extinction. Prior to 2010, there were steady gains in population over the years. Then, in 2010, a devastating number of more than 700 died. In 2013, the population winnowed down again, as 830 manatees died. With a population around 5,000, that’s nearly 20 percent of the entire species, wiped out in a single year.

In 1979, then-Florida Governor Bob Graham designated November as Manatee Awareness Month. Every governor of the state since has renewed the proclamation.

1. Manatees can swim as far north as Cape Cod.

While most manatees spend the summer months in the Gulf of Mexico, some vacation all the way up in Cape Cod waters.

In 2009, Florida Fish and Wildlife Conservation Commission’s manatee rescue coordinator Andy Garrett airlifted a manatee from the Jersey Shore down to Florida’s warmer waters. With water temperatures dropping, the scientists worried that the manatee wouldn’t make it far enough south to survive. Although manatees can swim up to 20 miles per hour in short bursts, their general speed is a slow putter at three to five miles an hour. “They move like a dolphin in slow motion,” said Patrick Rose, an aquatic biologist and executive director of the Save the Manatee Club. 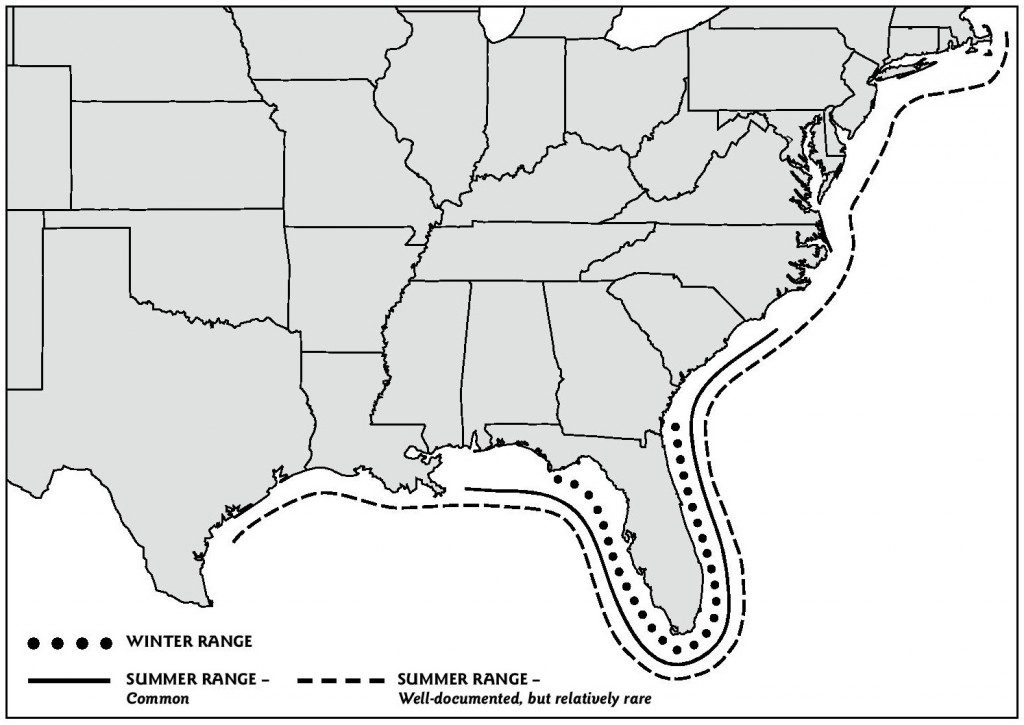 Photo courtesy of Save The Manatee Club

2. They use power plant outflows to stay warm

As marine mammals, manatees need a temperate environment to survive through the winter. Despite weighing 1,000 pounds or more, manatees do not have a continuous layer of blubber like whales to stay warm. When aquatic temperatures drop below 68 degrees Fahrenheit, they seek higher temperatures.

In the past, manatees sought out warm water springs. Now, many rely on a more mechanical force for heated water: municipal and private power plants. The plants pump out warm water into surrounding canals or ponds, and up to 60 percent of manatees now spend their winters clustered around power plant outflows, Garrett said.

While power plants have extended the manatees’ range of wintering spots farther north, researchers worry about the impact if those plants go offline. Manatees usually return to the same spot every winter, and could return to an inactive power plant, only to die of cold in unheated waters. Human development has also blocked the entrance to some natural springs, making it difficult for them to reach other warm waters. Garrett said that spring renourishment projects are working to restore the natural flow of water, which would provide manatees wintering sites independent of humans. 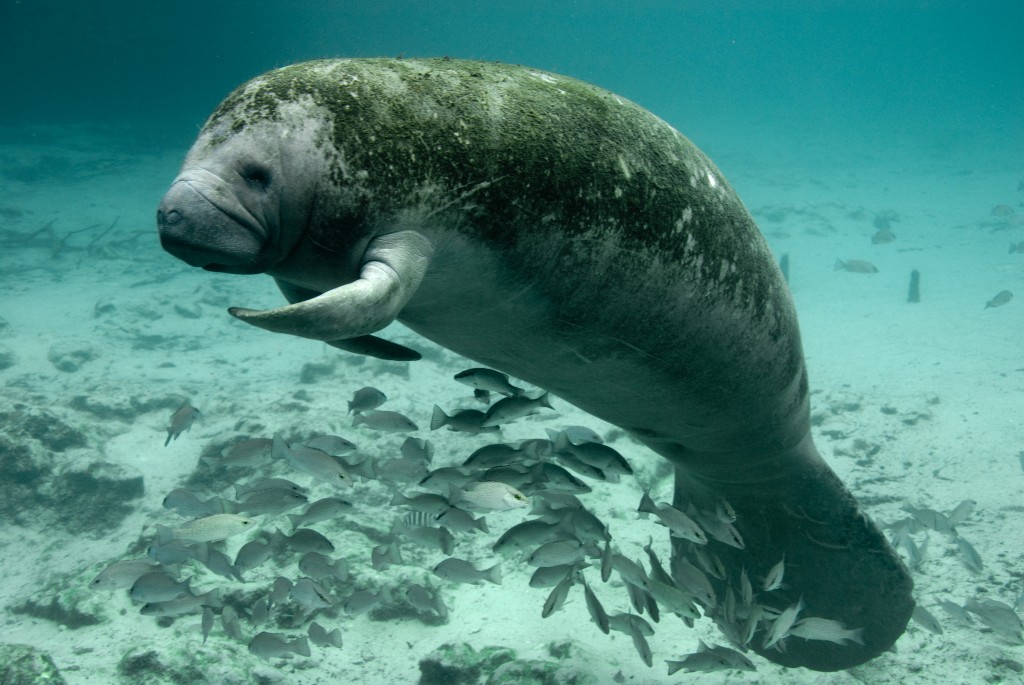 3. Alligators give manatees the right of way

In Florida’s aquatic highways, “even the big 12-foot alligator will give way to the manatee,” Rose said. What does this look like? If a manatee wants to get through, it swims up to gators in its way and bumps or nudges them to move.

Unfortunately, the same tactic doesn’t work with motorboats. Nearly 60 manatees have died this year alone after being hit by boats. Although 18 Florida counties have manatee protection zones prohibiting boat access or requiring sailors to slow down, watercraft collisions are still a threat to the manatee’s survival.

Manatees spend six to eight hours a day eating sea grass and other aquatic vegetation. Their food has tiny granules of sand in it, which gradually wears down their teeth. Eventually, those teeth fall out.

But you won’t see any manatees sporting a gap-toothed smile. They constantly grow molars in the back corners of their mouth. As the front teeth grind down and eventually fall out, the molars fully emerge, pushing new teeth forward.

Manatees are also anatomically incapable of using their teeth to attack. “I’ve had to have my hand in a manatee’s mouth,” Rose said, “and you have to put your whole hand in before you reach the manatee’s teeth. They’re just not capable of any form of aggression.” 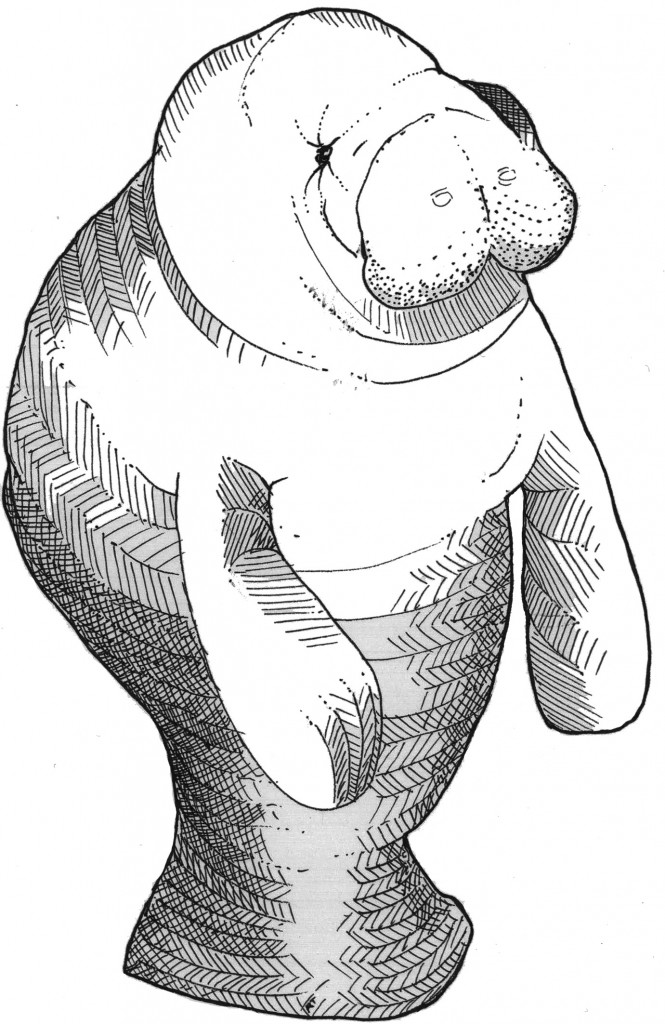 5. Elephants are their closest relative

Let’s backtrack for a second. Manatees actually have enough unique evolutionary adaptations to be classified in their own order, sirenia. This classification includes one species of dugong and the three species of manatees: West Indian, African and Amazonian. The West Indian manatee lives in the United States.

But on land, the manatee’s closest living relative is the elephant. Manatees have three or four tiny nails at the end of each flipper, similar to an elephant’s toenails. They also have prehensile upper lips, a very shrunken version of an elephant’s trunk, that they use their lips to grasp and pull food into their mouths.

“It’s like two little hands in the upper lip on each side,” Rose said.

6. Speaking of relatives, the now-extinct Steller’s sea cow was the size of a small whale

The Steller’s sea cow was discovered by humans on the Commander Islands in the Bering Sea in 1741. By 1786, only 27 years later, the fur hunters living in the frozen north Pacific had hunted the sea cow to extinction. This species was part of the dugong family. They could grow up to 30 feet long, about the size of a small whale. Unlike their modern relatives, they had no teeth at all and feasted on kelp. They also could survive in cold water, which is deadly to the modern manatee.

Howard University professor Daryl P. Domning recently discovered Steller’s sea cow fossils in the sand of St. Lawrence Island. More than 30 species of sea cows have been discovered since 1977; half of those species were discovered and named by Domning and his team.

“We’re really living in a golden age of discovery of marine mammals,” Domning said. “Every year, strange new creatures are dug up.”

7. Manatees regulate their buoyancy with their lungs

Manatees’ lungs run along their spines on the top of their body. Their lungs are “like a flotation tank running along the backside of the animal,” Domning said. Using their rib cage muscles, they can compress their lung volume and make their bodies more dense.

They use this mechanism to come to the surface to breathe instead of actively swimming up and down. Even while they sleep, their rib cage muscles will relax, expanding their lung volume and gently carrying them to the surface. After they breathe, the muscles contract and the manatee effortlessly sinks back under water.

8. Humans are the biggest threat to their survival

Manatees have no natural predators or enemies. Humans can injure or kill manatees with their boats. Humans have also degraded their habitat by blocking natural springs and building up the coastline. People have also accelerated sea grass loss — now, both manatees and the environment they live in are classified as endangered.

“They’re the most docile, defenseless creature there is,” Rose said. “Man is the only real enemy the manatees have ever had. So now it’s up to us to literally save them from ourselves.”

Can’t get enough manatee? Tune in to a manatee livestream.