One of the most common mosquitoes in the United States may have the capacity to carry the Zika virus, according to preliminary research in Brazil.

The findings, which have yet to be peer reviewed or confirmed outside of a lab, found that mosquitoes from the family of mosquitoes known as Culex may not only be infected with Zika, but could also reproduce the virus in their salivary glands — a key step for passing the virus to humans.

If further research confirms the early results detected in 12 Culex mosquitoes, many countries could be forced to radically rethink their mosquito control campaigns. In Brazil, those efforts have focused almost exclusively on eradicating a different kind of mosquito — the Aedis aegypti.

The study was detailed by Constancia Ayres, a faculty member at the federal research institute Fiocruz Pernambuco in Recife, at a conference of scientists on Wednesday, and was greeted with both intrigue and caution.

Dr. Idê Gurgel, a researcher at the institute, called the discovery “bombastic news” that could “change everything.”

Sérgio Bessa Luz, director of the federal Fiocruz Amazônia research center in Manaus, cautioned that restraint was in order: “This is preliminary data,” he said. Even if the virus is in the saliva, “it’s not definitive” that it can transfer Zika effectively to humans, he said. “We can’t yet conclude [Culex is] a vector.”

Scientists are still working to establish the most fundamental facts about the Zika virus. Although it has been known to researchers since 1947, the virus was considered a rare, obscure and non-threatening disease until last year, when hundreds of thousands of people in Brazil became infected. The virus usually has either no symptoms or mild ones — a rash, a low fever, swollen joints — but evidence has mounted that it can, in rare cases, attack the nervous system and cause debilitating problems, including a birth defect known as microcephaly in babies.

But little research has focused on how Zika is transmitted. Ayres said a literature review only unearthed four studies from the last 70 years that investigated the disease’s potential vectors: They all focused on Aedes mosquitoes. None considered the Culex species.

Until now, the house-loving Aedes aegypti mosquito and its forest-dwelling cousin, Aedes albopictus, have been eyed as the likely culprits spreading the disease from Africa across Asia to the Americas. Those species are also believed to be the primary vectors for dengue and chikungunya, two other mosquito-borne viruses that have hounded Brazil.

To Ayres, it seemed obvious to ask whether the Culex mosquito may also be carrying the disease: Culex quinquefasciatus, known in the U.S. as the southern common house mosquito, is even more common than Aedes aegypti in Brazil’s urban areas, she said. Both it and its close cousin, the Culex pipiens, are widespread throughout the U.S. and both can spread other diseases, such as West Nile virus and Japanese encephalitis.

To explore their competence as a vector, Ayres fed 200 mosquitoes — half Culex and half Aedes aegypti — with Zika-infected blood. She tested 12 of them and found that each had been infected with the disease after a week. She also tested the viral load in their salivary glands — an indication that the disease is being reproduced there and could transmit it through bites — and found the Culex mosquitoes were reproducing it at an especially high level.

Ayres will spend the next two weeks infecting and studying more mosquitoes to confirm the results, she said. 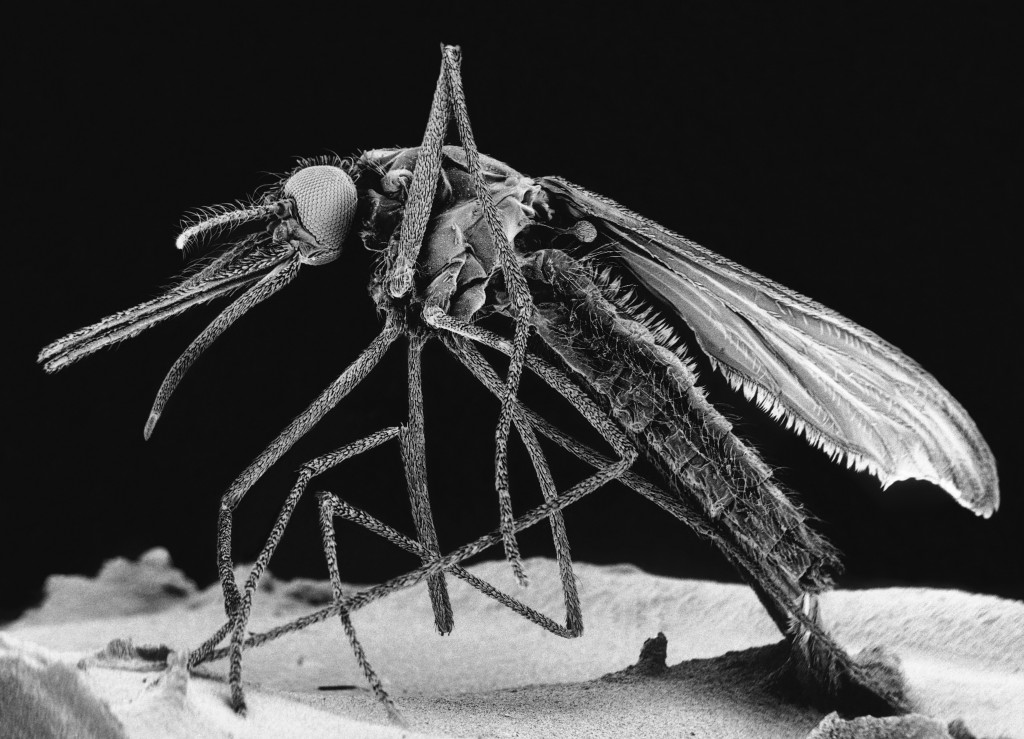 The next step will be to learn whether Culex are being infected with Zika in the wild. Ayres has enlisted mosquito abatement teams across two Brazilian states to send her all the mosquitoes they collect during their home inspections. She has already begun receiving some, she said, and will receive thousands more in the coming months. Eventually her team will test them for Zika, dengue and chikungunya. Only then, she said, will she feel confident enough to postulate whether Culex mosquitoes are indeed a major vector of Zika.

The two mosquitoes are radically different from each other: The Aedes feeds during the day; the Culex at dawn and dusk. Aedis likes fresh water; Culex likes dirty water. Aedes specializes in feeding on people; Culex prefers birds.

Much attention has focused on Aedes aegypti because it is a uniquely qualified vector for disease: A female can bite many people, which allows her to carry a disease from one person to the next. It likes urban and domestic environments, which means it is in close proximity to people. And the species specializes in human blood, which means it wastes no time biting other animals. The mosquitoes’ territory extends throughout the planet’s tropical regions and is found in every city in Brazil.

Culex mosquitoes have an even broader territory than Aedes aegypti, and are common across Europe and the U.S. But they carry disease less efficiently than Aedes, because they tend to bite fewer humans in a row, limiting how many people they infect.

Told by email about Ayres’ findings, Scott Weaver, scientific director of the Galveston National Laboratory, responded that he was “not completely surprised by these results.” But just because a mosquito can carry a disease does not decide whether it is “an important vector,” he said. “The main remaining question regarding Culex is how often they feed consecutively on humans, which is likely far less than (Aedes) aegypti,” he said.

Ayres said that if Culex mosquitoes prove to be a major vector, it would require an overhaul of mosquito control strategies: “The strategies that we are using to control Aedes aegypti are useless for Culex because they are completely different species,” she said. For instance, public education campaigns have urged people to wear repellent during the day — but if Culex is a vector, repellent would be sensible at night as well. Furthermore, Brazil would have to confront its major wastewater problems: In Recife, only about a third of homes are connected to the sewage system. Waste water from the rest drains into ditches, canals, or rivers, making an abundance of breeding grounds for Culex.

The U.S. would also have to worry more about Zika if Culex proves to be a vector, said U.C. Davis professor Walter Leal, a partner in Ayres’s research. Aedes aegypti mosquitoes are mostly confined to warmer states, such as Florida, Texas and parts of California, whereas Culex are found everywhere.

“This is very bad luck for us in the U.S. if it proves correct,” said Leal. “In America we think, OK, this virus is coming, people are getting sick, but it’s OK because we don’t have so much Aedes aegypti. But we have a lot of Culex.”

Editor’s note: This report is part of a special series with Katie Worth, who is embedded in Brazil, and our partners at PBS Frontline/WGBH. This story was originally published March 4, 2016.

Left: A culex mosquito pictured at the Arizona Department of Health Services laboratory in 2004. Photo by Jeff Topping/Getty Images