Ligers, the hybrid offspring of lions and tigers, may sound like mythological chimeras but they are, in fact, real.

The creatures are primarily man-made, since the habitats of these two big cats overlaps only in India’s Gir Forest. Their mashup names belie their origin stories, with an offspring taking the first half of its name from its father and the second half from its mother. Endless fun can be had with this naming convention:

The fun drains out of this exercise, however, when you learn of the health issues associated with these hybrids. Ligers, for example, grow big… too big for their own organs, in fact. 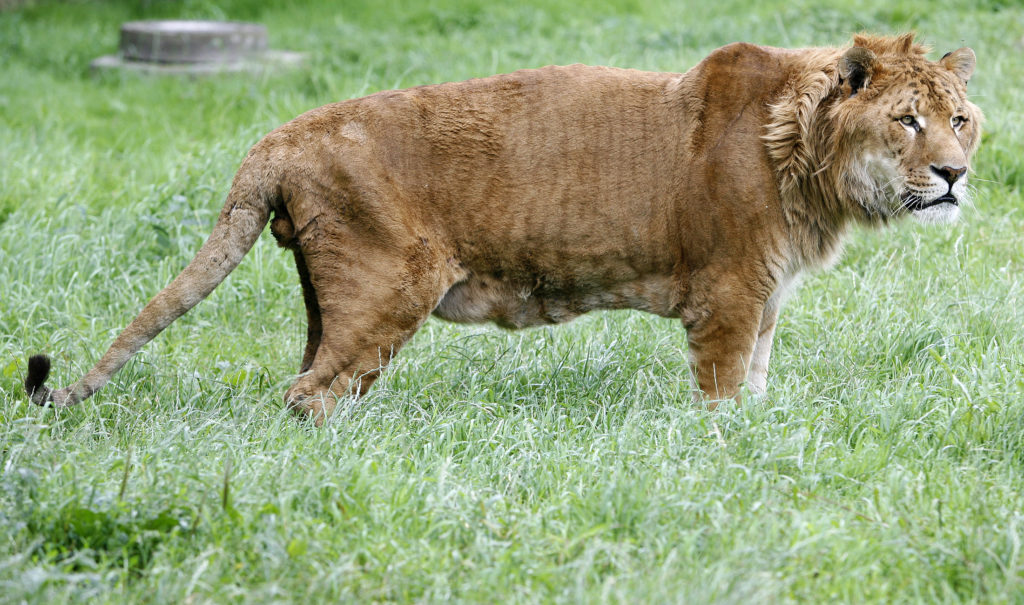 Bahier, a male liger, is pictured in his enclosure at the private zoo “Arche Noah” in the village of Groemitz on the Baltic Sea coast July 17, 2007. Ligers often suffer from genetic defects, like excessive growth. Photo by Christian Charisius/REUTERS

Many big cat hybrids suffer birth defects and never make it to adulthood. If they do, they can pass these mutations on to future generations because, though the males are sterile, the females are fertile.

The happiness and hazard of hybrids

Other species can crossbreed too. There are zonkeys (zebras + donkeys), camas (camel + llama), pizzlies (polar bears + grizzlies) and many, many more.

These animals fetch a premium on the black market, often to disastrous consequences. At least 19 people have been killed and 85 hurt in the U.S. by privately kept wolf-dog hybrids since 1982.

Due to all these factors, hybridization in captivity is widely opposed by conservationists. But, hybridization occurs naturally too, and that is a much muddier issue.

“Natural hybridization it is not bad at all. It’s part of the evolutionary process,” said Yoamel Milián-García, biologist with the University of Havana.

NewsHour science correspondent Miles O’Brien met Milián-García in July, while the biologist was examining the genetic makeup of the wild Cuban crocodile population. In a 2015 paper, Milián-García examined 227 Cuban crocs and found almost half were hybrids with the American crocodile. To compare, only 16.1 percent of 137 Cuban crocs raised in captivity showed genetic indications of hybridization in his study. 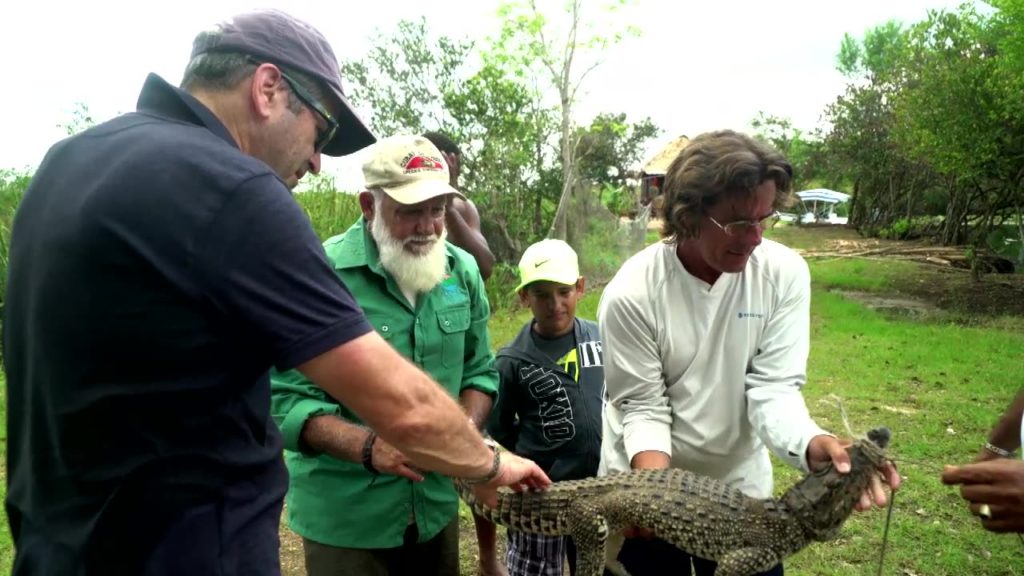 The fact that there is more hybridization in the wild than in captivity suggests an evolutionary response to pressure imposed by humans. As O’Brien reported, the Cuban crocodile is highly endangered–with only around 3,000 individuals left roaming in the wild. Intense poaching of these animals for their skin and meat, especially during Cuba’s food shortage in the 1990s, led to the crocs’ decline.

The American crocodile, despite its name, is also native to Cuba and is thriving on the island. They are more elusive and harder to catch than their Cuban comrades, so are less likely to be poached.

“We are trying to understand if this is part of the natural process,” Milián-García said. If the response is natural, then the Cuban crocodiles may survive.

“In the case of Cuban crocodiles, so far, the decision is just to do nothing in terms of eradicating hybrids.”

Organisms naturally hybridize in the wild, complicating scientific efforts to disentangle which ones are human-caused. This natural hybridization is likely important for the creation of new species. About half of all plant species on Earth arose through hybridization. Even humans participated in this hybridization early in our history–many of us carry a little Neanderthal DNA.

So, these hybrid crocodiles are fairly close to being fully Cuban, which makes deciding when to intervene tricky for conservationists. Sometimes, hybridization is the sole path for saving the remnants of a species, like the efforts that kept the Florida panther population from extinction by crossbreeding them with Texas cougars.

“There are many species that hybridize in the world,” Rossi said. “In the case of Cuban crocodiles, so far, the decision is just to do nothing in terms of eradicating hybrids.”

While the future of the hybrids is being debated, 3,000 Cuban crocodiles — and other endangered species around the world — need protection.

“In our lifetime, we can study the past. We can try to have some predictions about the future. But what we can really do is to protect what we have,” Rossi said.

Left: Replete with rare and endangered species, Cuba is a crown jewel of biodiversity in the Caribbean. Science correspondent Miles O'Brien reports on the ways scientists and conservationists are working to survey and protect the island’s rich, and sometimes unique, wildlife.